Around 11:30 a.m. Wednesday, HPD officials responded to reports of a shooting in the 2900 block of the W. Sam Houston Pkwy South near an IHOP.

Upon arrival, officers found two men, one with a gunshot wound to the arm. The men told police they escaped a people smuggling situation from a nearby hotel.

Other officers responded and saw two vehicles exit the scene but were able to stop them. A total of nine people were arrested, but it’s unclear which of them are victims and suspects, HPD said.

While the police were investigating, they received reports that two other victims arrived at a hospital with gunshot wounds. One person was shot in the arm, the second in the leg.

All of the victims, believed to be in their 30s to 40s, are in stable condition.

Police said at least one of the wounded could be a suspect, but that has yet to be determined.

Victims told police the shooting took place earlier in the day in the San Antonio area, but the exact location is unknown.

Police believe there may be a fourth victim but have been unable to locate her.

Attorneys General are suing to block $4 billion payout to Albertsons 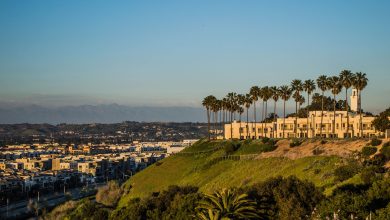 According to a Princeton Review poll, these colleges have the “most beautiful” campuses in the country