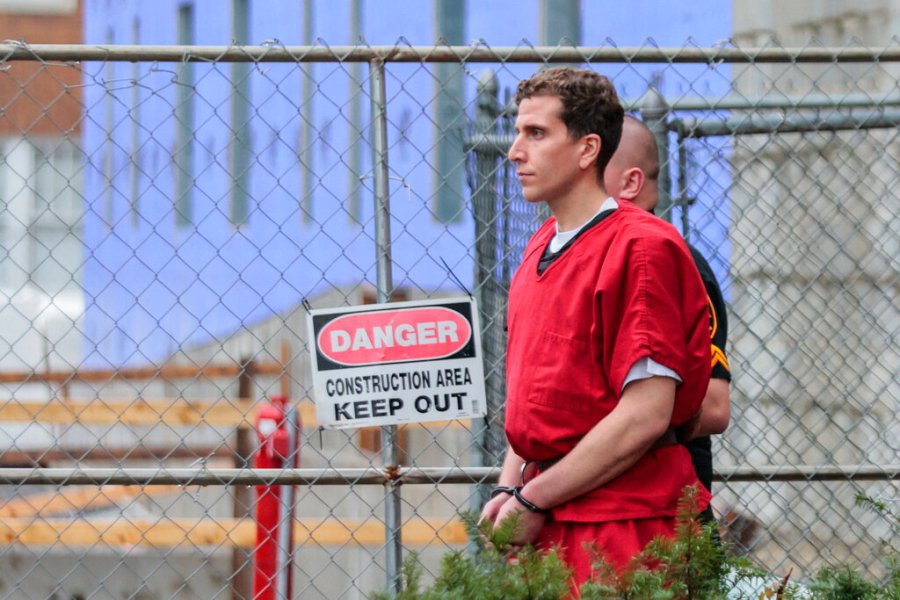 BOISE, Idaho (AP) – The man charged in the November murders of four University of Idaho students is back in Idaho, where he has been charged with four counts of first-degree murder and burglary, and his first prior Court could appear Thursday.

Bryan Kohberger’s return to the state also means that sealed documents that could answer important questions in the closely-watched case will soon be released publicly.

Kohberger, a 28-year-old graduate student at Washington State University, was flown by Pennsylvania State Police to a small regional airport near the Idaho border and turned over to local authorities Wednesday night. Uniformed police officers waited on the tarmac for the plane to land and then escorted the handcuffed Kohberger to a five-car trailer for the short drive from Washington across the Idaho border.

The public release of court documents may shed some light on Latah County Prosecutor Bill Thompson’s reasons for charging Kohburger on Nov. 13 with stabbing to death Kaylee Goncalves, Madison Mogen, Xana Kernodle and Ethan Chapin, and key issues about how the authorities have set up a case against him.

Kohberger was arrested at his parents’ home in eastern Pennsylvania last week and agreed to extradition to Idaho. His attorney, Jason LaBar, said Kohberger was desperate to be exonerated, describing him as “an ordinary guy.” The attorney said that when Kohberger returns to the state, he will be represented by the chief public defender in Idaho’s Kootenai County.

‘Baby Mama Drama’: Three suspects in shooting that wounded a man and killed a woman


Police have released few details about the investigation, and a judge has issued a sweeping gag order barring attorneys, law enforcement and other officials from discussing the case.

The nighttime attack on a Moscow home near the University of Idaho campus spread fear in the surrounding community as authorities seemed perplexed by the brutal stabbings. However, investigators appeared to have a breakthrough after searching for a white sedan that had been seen at the time of the murders and analyzing DNA evidence collected at the scene.

Investigators said they are still looking for a motive and the weapon used in the attack.

The bodies of Goncalves, 21, of Rathdrum, Idaho; Mogen, 21, from Coeur d’Alene, Idaho; Kernodle, 20, from Post Falls, Idaho; and Chapin, 20, of Conway, Wash., were found Nov. 13 at the rental home where the women lived. Kernodle and Chapin were together and he had visited the house that evening.

Though Moscow police have been silent about the investigation, last month investigators asked the public for help locating a white sedan seen near the scene — specifically a 2011-2013 Hyundai Elantra. Leads poured in, and investigators soon announced they were screening a pool of around 20,000 potential vehicles.

Meanwhile, Kohberger apparently stayed at WSU in Pullman, Washington, until the end of the semester. He then drove across the country to his parents’ home in Pennsylvania, accompanied by his father. They wore a white Elantra.

While driving through Indiana, Kohberger was pulled over twice that same day — first by a Hancock County sheriff’s deputy and a few minutes later by an Indiana state police officer.

Body camera video of the first stop released by the Hancock County Sheriff’s Office shows Kohberger behind the wheel on Dec. 15 and his father in the passenger seat. Both men told the police officer they were arriving from WSU before the officer directed them on their way with a warning for following too closely.

Indiana State Police released bodycam footage of the second stop. The agency said no information was available to the officer at the time that would identify Kohberger as a suspect in the murders. Kohberger received another warning for following too closely.

US reports another death from Takata airbag, bringing tally to 33 – Orange County Register