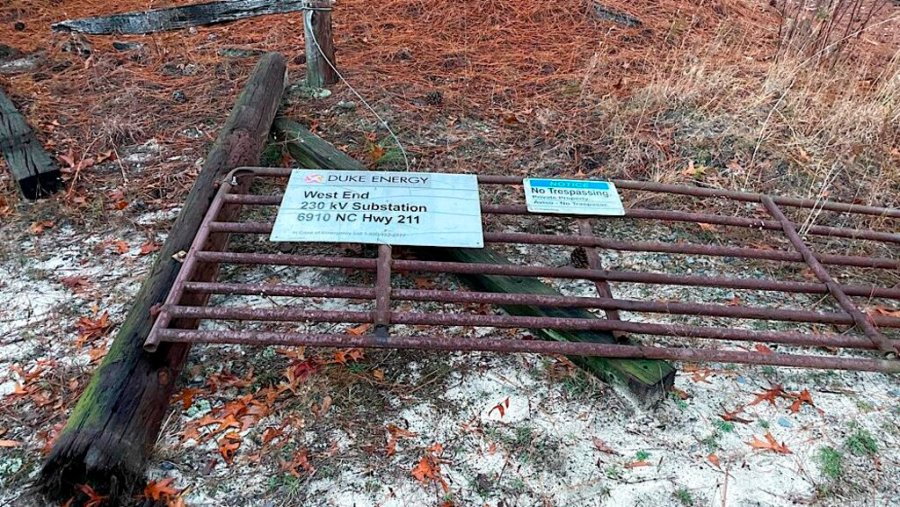 CARTHAGE, NC (AP) – Two substations in a North Carolina county were damaged by gunfire in what is being investigated as a criminal act, resulting in damage that could take days to repair and leaving tens of thousands of people without power, authorities said on Sunday with .

In response to the ongoing outages that began just after 7 p.m. Saturday in Moore County, officials announced a state of emergency, which included a curfew from 9 p.m. Sunday to 5 a.m. Monday. The district schools will also remain closed on Monday.

“An attack like this on critical infrastructure is a serious, premeditated crime, and I expect state and federal agencies to conduct a thorough investigation and bring those responsible to justice,” Gov. Roy Cooper wrote on Twitter.

Moore County Sheriff Ronnie Fields said at a news conference Sunday that authorities had not found a motive. He said someone pulled up and “opened fire on the substation, same with the other one”.

“No group has stood up to acknowledge or accept that they are the ones who did it,” Fields said, adding, “We are exploring all possibilities.”

The sheriff noted that the FBI was working with state investigators to determine who was responsible. He also said “it was aimed.”

“It wasn’t an accident,” Fields said.

Fields said law enforcement is providing overnight security at the substations and for businesses.

“We’re going to have people out there 24/7 tonight,” Fields said.

According to poweroutage.us, around 36,000 electricity customers in the district were without electricity as of Sunday evening.

With cold temperatures forecast for Sunday evening, the county also opened accommodation at a sports complex in Carthage.

Jeff Brooks, spokesman for Duke Energy, said several units were damaged and would need to be replaced. He said while the company is trying to restore power as soon as possible, he has been preparing customers for the possibility of outages lasting days.

“We’re looking at a fairly challenging repair involving some fairly large equipment and want the townspeople to be prepared that this will be a multi-day restoration for most customers, potentially lasting through Thursday,” Brooks said in the news conference.

“As we continue to evolve, we will make these decisions every day,” Locklear said.

The Pilot newspaper in Southern Pines reported that one of their journalists saw that a gate to one of the substations had been damaged and was lying in an approach road.

“A post holding the goal was clearly broken where it hits the ground. The infrastructure of the substation was badly damaged,” the newspaper reported.

About an hour’s drive southwest of Raleigh, the county of about 100,000 is known for golf resorts in Pinehurst and other communities.

Half on fire in fatal car crash on Dan Ryan