The Guardian will test a paywall for its news app in a bid to reshape the liberal publisher’s reader-payments business while trying to stay committed to open-access journalism.

While the Guardian will keep its website open to all, later this month the media group will charge a sample of regular news app users as it investigates the best pricing approach to put the entire app product behind a paywall.

The move caps a seven-year journey for the Guardian’s leadership, which has progressed from outright hostility to paywalls under former longtime editor Alan Rusbridger to reliance on subscriptions and contributions for the bulk of its revenues under his successor, Katharine Viner. A veteran journalist described the transition as welcome but “surreal.”

The Guardian last year joined the small group of news publishers with more than 1m digital subscriptions, but with a unique model whereby most of its ‘supporters’ voluntarily contribute at least £5 a month for free-to-read news.

Enders Analysis estimates that reader subscriptions, which span print and online editions, now account for more than 60 per cent of the Guardian’s total revenue, marking “the most positive turn in the delivery of English-language news”. Half of the Guardian’s paying readers live outside the UK.

However, fundamental tensions remain over the Guardian’s trading strategy and corporate governance. These boiled over at Annette Thomas’ house last summer give up abruptly as chief executive of the Guardian Media Group after losing an internal power struggle with Viner, the Guardian’s publisher since 2015. Thomas’ successor has yet to be appointed.

The Scott Trust, the Guardian’s parent company, has long subsidized the Guardian’s newsroom from a foundation valued at around £1.1bn in 2021. The sustainability of the model was seriously questioned in 2016 when Guardian Media Group slipped to a record £69m pre-tax loss on sales of just £210m.

Viner implemented a recovery plan to cut costs by a fifth, in part by cutting about 450 jobs, including 120 journalists. This helped the Guardian post its first operating profit in two decades in 2019, with positive earnings before interest, taxes, depreciation and amortization. 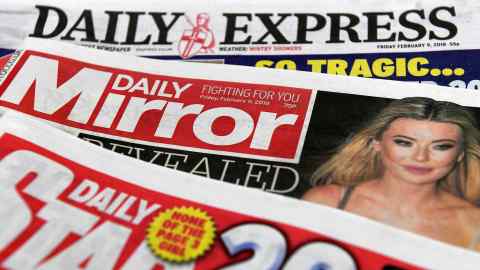 However, the Guardian’s business remained negative, relying on the Scott Trust to manage net outflows, which hit a low of £16m in 2021. The Guardian’s long-term investment’ rather than ‘meeting near-term funding needs’.

Staff were told last month that stronger revenue from digital advertising and readers took the Guardian’s total revenue from £225m to £225m in the 12 months to the end of March.

Significantly, Guardian Media Group has returned to a positive cash flow position for the first time since it started selling AutoTrader some 15 years ago, according to a person familiar with the numbers. The Guardian’s audited results for 2021/22 are yet to be released.

The Guardian currently operates a free app alongside a paid version that includes more features. The paywall test, priced “measured” by user and region, paves the way for a single paywall app product anywhere in the world.

The Guardian said its journalism “remains completely free online and open to all, regardless of ability to pay”.

“In the coming months, we will be testing a paid version of the app as part of our broader product strategy,” the company said. “Our readers know that by supporting them, they are not only helping to pay for high-impact journalism they can trust, but also making journalism free to read on the internet.”

The zebrafish’s “social gene” could provide clues to autism