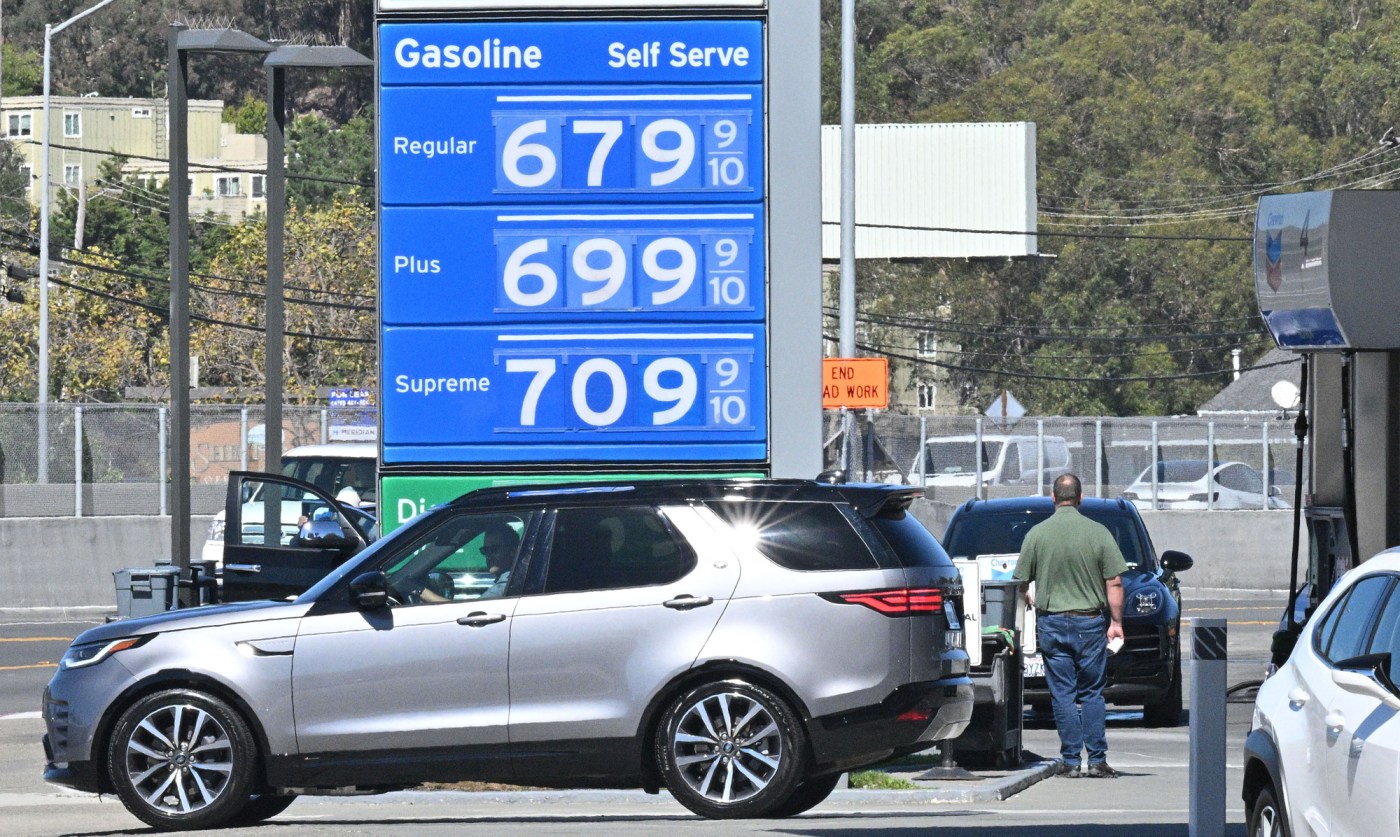 The Democratic governor also urged state legislatures to introduce a new tax on oil company profits and return the money to California taxpayers. Lawmakers won’t return to the Capitol until January, with Newsom’s office providing few details about the proposal.

“They’re ripping you off,” he said in a video posted to Twitter about the oil industry.

Oil industry officials said it’s government regulations that are causing prices in California to be higher than in the rest of the country. The summer gasoline blend, which refiners are legally required to produce during the hotter months, costs more money but is said to limit greenhouse gas emissions and smog in hot summer months. Most refineries cannot switch to winter blending until November.

Switching from the summer to winter blend would likely save consumers 15 to 20 cents a gallon, said Doug Shupe, a spokesman for the Southern California Automobile Club, an AAA subsidiary. Los Angeles gas prices are on the verge of breaking a record of $6.46 set in June, he said.

“If those prices go up to $7 a gallon, a 15 cent drop isn’t really going to mean much to drivers,” Shupe said.

Prices are rising partly due to limited supply as some oil refiners are offline due to routine maintenance or other issues, he said. The California Air Resources Board, which regulates refineries, said high prices could also be due to a refinery fire and Hurricane Ian.

It’s the latest standoff between Newsom and the oil industry, which has political and economic clout in California despite the state’s aggressive climate policies. But Newsom’s double actions on Friday also illustrate the complicated reality Newsom faces as it seeks to wean the state off oil and gas while responding to economic reality.

Earlier this year, for example, the Newsom government turned to generators and power plants that run on fossil fuels to avoid blackouts during a heatwave.

Refineries typically do maintenance in the spring or fall as they prepare to switch fuel blends, she said. It will take time for refiners to prepare the winter mix, and Newsom’s order may have little immediate impact, she said. If Newsom really wants to lower prices, he could suspend the state gas tax or relax other regulations, she said.

“It’s a conscious decision to put the responsibility back on the oil industry,” she said.

Newsom said he expects the easing of refinery rules to increase supply by 5% to 10% as refiners have already started producing and storing the gas.

“Any air quality impacts from this action are expected to be minimal and outweighed by the public interest in a temporary relaxation of limits,” the Air Board said in a statement.

Beginning in January, oil companies will have to disclose their monthly profits to the state under a law recently signed by Newsom. Consumer watchdog urged Newsom earlier this week to call a special legislative session to approve a tax on those profits.

Jamie Court, the group’s president, said he applauds Newsom’s efforts to deal with “an out-of-control industry.”

Big oil companies posted record profits this summer and the price of crude oil has been falling since the end of the summer.

California’s Energy Commission on Friday wrote a letter to executives of five major oil companies asking why prices have risen so dramatically, what actions the state could take to bring prices down and why refinery inventories have fallen are.

Greene of the Petroleum Association said California regulations are increasing the price of oil in California by just under $1, but other observers say it’s lower. Consumer Watchdog’s Court says it’s around 60 cents, while Severin Borenstein, an energy economist at the University of California, Berkeley, says it’s closer to 70 cents.

Borenstein has also identified an unexplained premium that has cost Californians billions of dollars since 2015.

Michigan Fall Colors Update: What to Expect This Weekend