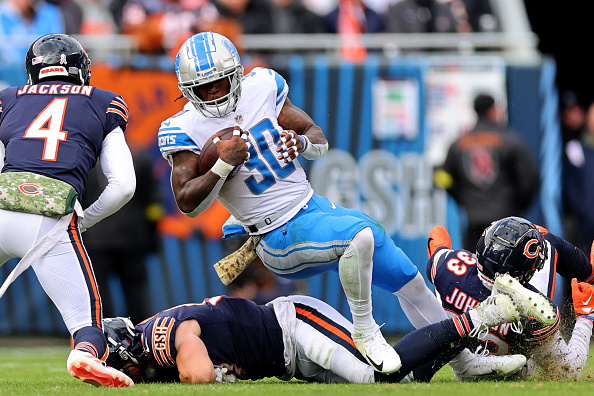 CHICAGO — For the second straight week, there were plenty of feelings emanating from a Bears game at Soldier Field.

Once again, the offensive, led mostly by Justin Fields, was piling up points and making big plays against the Lions throughout the afternoon. The quarterback made another couple of franchise and NFL marks after rushing for 147 yards and two touchdowns and throwing two touchdown passes to Cole Kmet.

Lake Zurich native Jack Sanborn also had a game to make fans “smile” when he took the opportunity to start as a linebacker after Roquan Smith’s move to the Ravens.

Yet the rest of the defense struggled to hold the Bears’ 14-point lead in the fourth quarter, with penalties and inconsistent play opening the door for Detroit to rally for a 31-30 win at Soldier Field.

On top of that, Cairo Santos, the reliable kicker, just missed his third extra point of the season that would have given the Bears a chance to go into overtime.

We featured all of those efforts and plays this week in Going Through the Emotions on The 9 Yard Line on this week’s WGN News Now. We take a look at some of the tracks that made fans smile, frown or say “OMG” over the course of 60 very interesting minutes on Sunday at Soldier Field.

You can watch this week’s edition of Going Through The Emotions by clicking on the video above.

https://wgntv.com/news/wgn-news-now/going-through-the-emotions-of-a-bears-loss-to-the-lions/ “Going through the emotions” of a Bears loss to the Lions

Community Harvest Drive brings in over £100,000 of food

The tropical depression is expected to dissipate in the Atlantic