Fixed income fund managers struggling through one of their worst years in decades say the tide is turning as they position themselves to woo investors drawn to higher yields.

According to the Investment Company Institute, almost $480 billion has flowed out of US pension funds since the beginning of the year. While some of the money went into exchange-traded funds, most reflected the flight of retail investors at a time when bond prices were falling sharply.

However, outflows have slowed significantly in recent weeks and even started to reverse in some areas as investors began to hope that inflation would ease and the US Federal Reserve would stop raising interest rates. The two-year Treasury bills, which are particularly sensitive to interest rates, recorded the strongest price increase since October 2008 on Thursday.

This has fueled fund managers’ hopes that investors will feel the lure of bond prices significantly lower than a year earlier.

“We’re seeing a lot of renewed interest in our income strategies,” said Dan Ivascyn, chief investment officer at Pimco, the world’s largest fixed income-focused manager. “We have seen inflows in certain categories and stabilization in outflows. . . We are seeing growth in our active funds.” 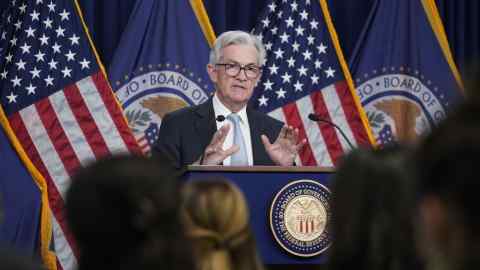 The calculation is easy. Existing bond investors shed big losses this year as rising interest rates lowered the value of their holdings and doubts about fixed income as a hedge against volatile stocks. But for new investors, these products can now offer the highest returns in years.

“The environment for fixed income investors today is fundamentally different than we’ve seen for quite some time,” said Marilyn Watson, head of a global fixed income strategy team at BlackRock. “Investors can now achieve attractive income levels in a risk-controlled manner, particularly on prime front-end credit.”

Stephanie Butcher, Chief Investment Officer at $1.3 trillion wealth
Manager Invesco, said: “The Fixed Income team is now more bullish than I have seen in a long time because the total returns available in both investment grade and high yield credit are the highest available we’ve seen for years. You’re finally being paid to take some risk.”

That has fund managers drooling over the prospect that both institutional and retail investors might be open to trying different managers and products when they return to the bond markets.

“Money is on the move,” said Jason Brady, chief executive of Santa Fe-based Thornburg Investment Management. “There is a big opening.”

ETFs are growing in popularity: BlackRock saw net inflows of $100 billion into its bond ETFs this year despite industry-wide outflows. According to Morningstar Direct, high-yield bond funds saw net inflows of nearly $8 billion in October, the highest this year. And those who manage active portfolios hope to capitalize on it by promising investors higher returns with less risk.

There’s precedent for a quick recovery, said Gershon Distenfeld, co-head of fixed income at AllianceBernstein: Corporate bond prices recovered faster than stocks after the 2008 financial crisis. “Money managers expect capital flows to return strongly to fixed income and are scrambling for positions,” he said. “Everyone is waiting for the Fed to stop [raising rates] and people will invest in fixed income when that happens.”

Despite mounting enthusiasm after last week’s lower-than-expected inflation figure, some economists and fund managers warned that the tough times for fixed income may not be over yet.

“Maybe there is light at the end of the tunnel. But that will depend heavily on what the Fed does,” said Sean Collins, ICI’s chief economist. “For months we’ve had these overly bullish swings on the Fed.”

Many economists are now predicting a recession that would weigh on borrowers and increase the risk of default.

“Investors want to be cautious in the most economically sensitive areas of the market,” Pimco’s Ivascyn said. “The set of chances is sufficiently high in the higher quality areas.”

And Thomas Digenan, head of investment solutions at UBS Asset Management, warned that forecasts struggle to figure out what to expect: “Typically, the differences between our different scenarios aren’t as big as they are today – the uncertainty is much greater.”

Still, Mike Gitlin, head of fixed income at Capital Group, which has seen small net inflows into its bond offerings this year, is bullish. “I think we’re going to look back and see 2022 as the year of losses and divestments and 2023 as the year of opportunities and reinvestments.”

The Inflation War: Are Central Banks Going Too Far, Too Fast?