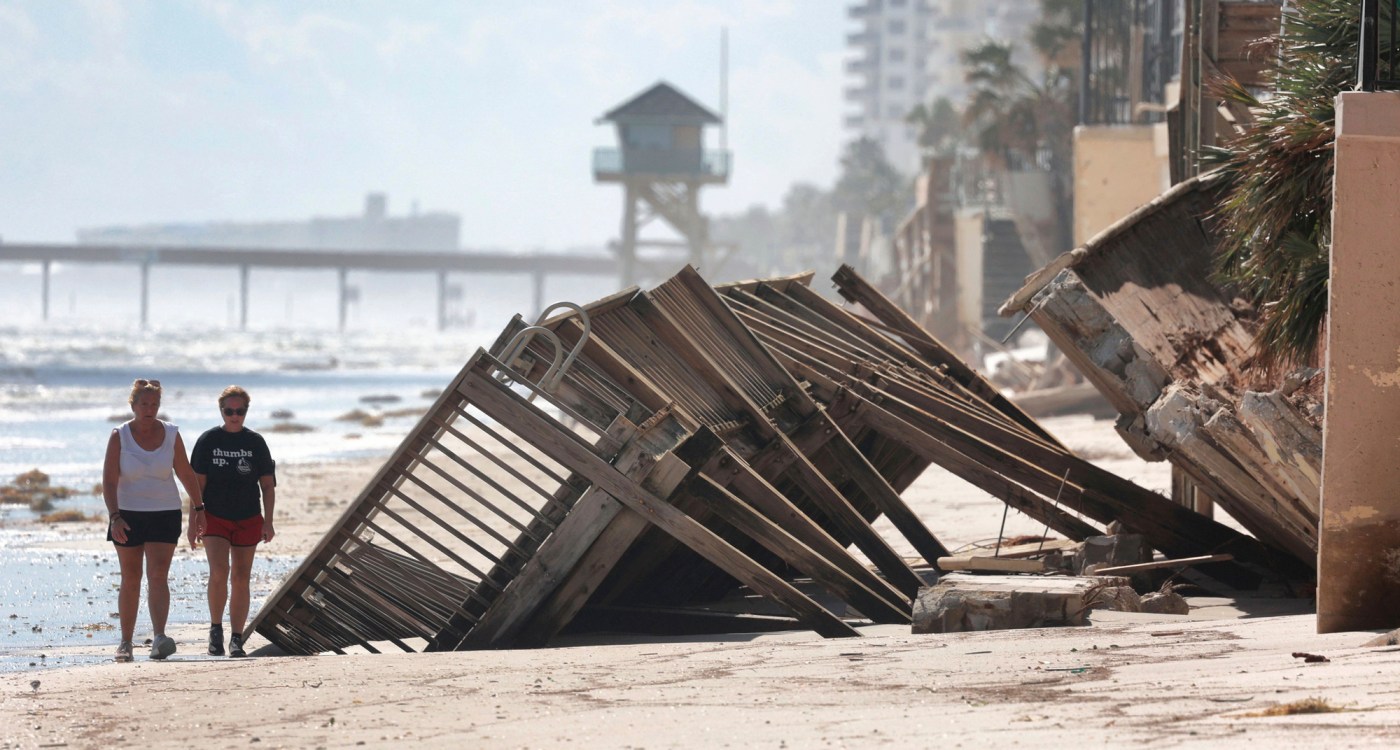 FORT MYERS, Fla. – Days after skies cleared and winds eased in Florida, the impact of Hurricane Ian continued Monday as people faced another week without power and others were rescued from homes swamped by ongoing floodwaters .

Ten more deaths were attributed to the Florida storm as frustration and despair mounted as the storm sliced ​​through the state. And the remnants of the hurricane, now a Nor’easter, weren’t done with the US

The mid-Atlantic and northeastern coasts got torrential rains. The storm’s onshore winds piled even more water into an already flooded Chesapeake Bay.

Coastal flooding closed the only highway to a portion of North Carolina’s Outer Banks, and flooding was possible as far away as Long Island, the National Weather Service said.

At least 78 people have been confirmed dead: 71 in Florida, four in North Carolina and three in Cuba since Ian landed on the Caribbean island on September 27, and in Florida a day later.

Search and rescue efforts were still ongoing in Florida as of Monday. More than 1,600 people were rescued statewide, according to the Florida Disaster Management Agency.

Fort Myers Beach Mayor Ray Murphy told NBC’s Today Show that residents who have been evacuated are being kept away from their homes for the most part because searches are likely to take several more days.

Washed-out bridges to offshore islands, flooded roads, patchy cellphone signal and lack of water, electricity or internet have left hundreds of thousands isolated. In many areas, the situation was not to improve for several days as the waterways overflowed and the rain had nowhere to go.

In DeSoto County, northeast of Fort Myers, the Peace River and its tributaries reached record highs, and boats were the only way to get supplies to many of the county’s 37,000 residents.

The county was prepared for high winds after being hit by Hurricane Charley in 2004, but it wasn’t prepared for the amount of rainfall that added up to a year’s rainfall in two days, said JC Deriso, DeSoto County Commissioner.

“This flooding was quite disastrous,” Deriso said, adding that officials hope to open one of the region’s main highways by Tuesday.

Joe Gunn said the first two days without power at his Punta Gorda home weren’t bad because he, his wife and 4-year-old daughter like to go camping.

But then they ran out of gas, Gunn said as he waited an hour for $20 worth of premium fuel at a Bonita Springs gas station, one of the few open in the area. The family then drove to get supplies and a hot meal.

Gunn braced himself for another stressful night and worried someone might try to steal his supplies. “I keep listening to the generator. It’s pitch black outside the house,’ he said.

In Southwest Florida, residents whose homes were inundated by ocean or flooding threw wet mattresses, sofas and other items onto the street, and ripped out floors and cut into walls, hoping to dry the shells of their homes before mold begins to grow.

“Anything that has been exposed to water begins to mold. We’re cutting out all of the drywall at 2 feet and trying to get things dry to save the house and protect it from further damage,” said Jeff Rioux, grateful for several days of nice weather and generators to run the fans .

Neighbors helped each other where they could.

“I lost everything,” Alice Pujols said, crying as she rummaged through the piles of discarded clothes at a stranger’s house. “I only seek what I can salvage.”

About 550,000 Florida homes and businesses were still without power as of Monday morning, down from a peak of 2.6 million. But that’s still nearly the same number of customers across Rhode Island.

The current goal is to have power restored by Sunday for customers whose power lines and other electrical infrastructure are still intact, Kevin Guthrie, director of the Florida Division of Emergency Management, said Monday. It does not include houses or areas where infrastructure needs to be rebuilt.

President Joe Biden and First Lady Jill Biden plan to visit Florida on Wednesday. The president was in Puerto Rico on Monday and vowed to “rebuild everything” after Hurricane Fiona knocked out all power to the island two weeks ago.

In Virginia, the US Navy postponed the first-ever deployment of the USS Gerald R. Ford, the nation’s most advanced aircraft carrier, according to a statement from the Navy’s 2nd Fleet. The airline and other US ships were scheduled to leave Norfolk on Monday for training exercises in the Atlantic with ships from other NATO countries.

Kim Jong Un’s penthouses are mostly for the unfortunate few