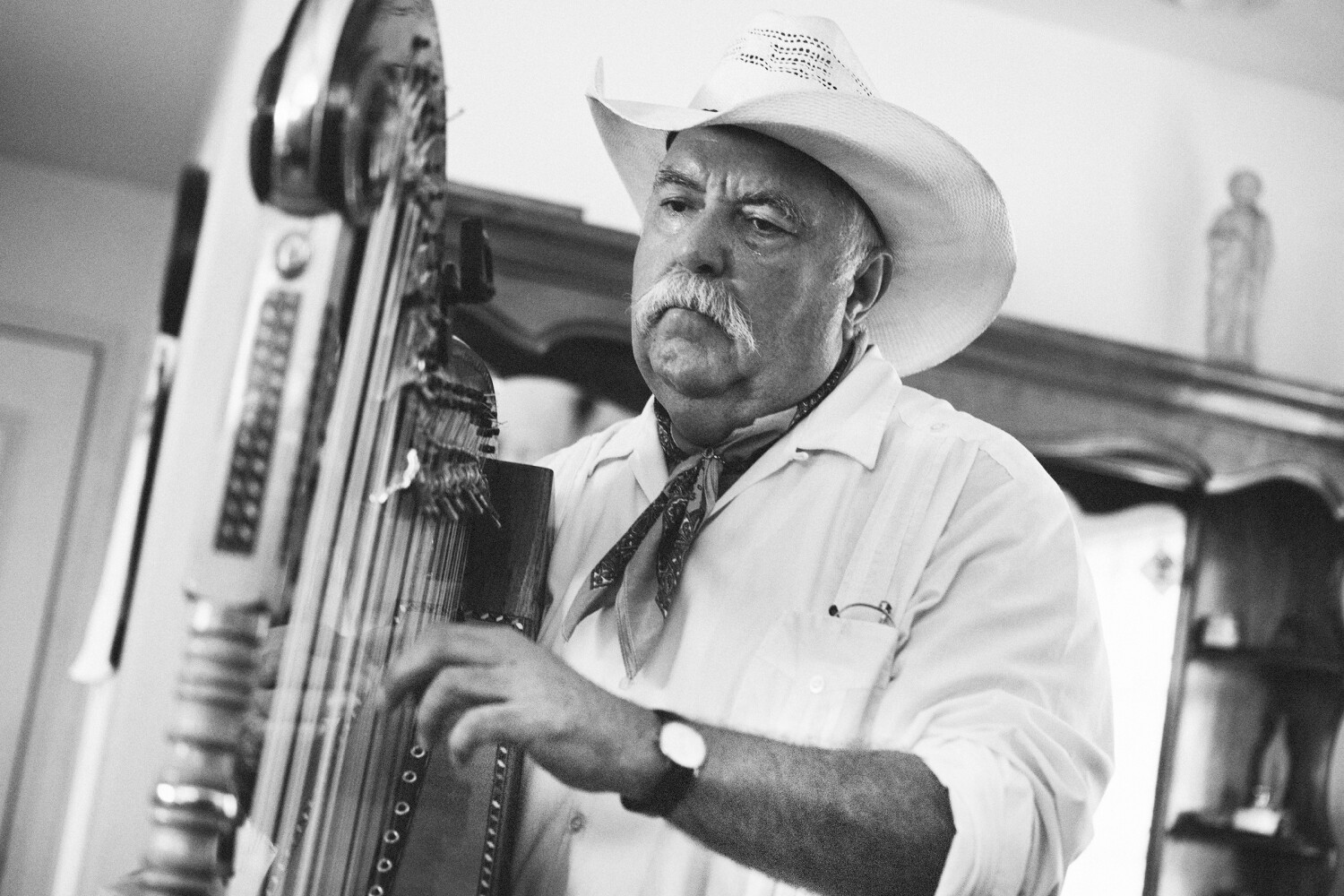 In 1975, KCET aired a half-hour concert featuring a hot new local band. As an opening shot of the downtown skyline transitioned into a cut-of-life montage of East Los Angeles, a sparkling harp played over a lilting voice as the group performed a song at Son Jarocho Tradition of the Mexican state of Veracruz.

“We feel an obligation to pass our culture on to other people who don’t know about it,” said the musician, 22-year-old Francisco González, in a voiceover. The camera rested on him and his buddies jamming on a hilltop overlooking the Eastside. “We want to make real Chicano music that draws from our past, that is in harmony with the past, the present and hopefully the future.”

That band was Los Lobos.

The concert, filmed at East Los Angeles College, is available in full on YouTube and remains a joyful feat. Imposing, long-haired Fu Manchu athlete González shines as the group’s lead singer, emcee and prankster. Alternating between harp and mandolin, he ends the show with a joke that became Los Lobos’ catchphrase: “Just another band from East LA.” Rifah, totally.”

González would leave the group within a year, just before they became the most famous Chicano rock group of them all. But the East LA native nevertheless became a musical icon in his own right. He became an apostle for son Yarochopromoting relationships between jaraneros in the US and Mexico. He released solo albums and performed in venues as diverse as colleges and prisons. His handcrafted strings for the Mexican guitar family—the sonorous requinto, high-pitched jarana, deep-bottomed guitarrón, warm bajo sexto, and others—were lifelines for musicians who had no other options for their instruments in the United States.

In Mexico, oldtimers said that González’s handwork made instruments vibrate with a sound they hadn’t heard in decades.

“He always said, ‘We are gardeners of the seeds of our culture. We patiently sow our seeds and tend the plants of our culture,'” said Yolanda Broyles-González, his wife of 38 years and chair of the Department of Social Transformation Studies at Kansas State University. The two met after González performed in Stuttgart, Germany in 1980 when he was serving as musical director of the Teatro Campesino and she was in the audience. “For him, people’s culture had to circulate freely and not with dollar signs attached.”

“He was our own Chicano Conservatory,” said his son, also named Francisco. “He gave us tools to resist discrimination and injustice and to stand up and fight for ourselves, but also to love.”

Suffering from cancer, González died on March 30. He was 68.

The youngest of seven children born to Mexican immigrants, González grew up in a musically inclined family where everyone played an instrument and his father was a trained singer. Known as Frank in his childhood, he met future Lobos members Conrad Lozano and David Hidalgo through the rock band circuit that revolved around their alma mater, Garfield High.

But when González started playing son Yarocho, which he learned from listening to his sister’s records, “It was like ‘The Wizard of Oz’ going from black and white to color. I wasn’t in Kansas anymore,” he told biographer Los Lobos in 2015.

González soon joined forces with his neighbor Cesar Rosas, and the two formed Los Lobos in 1973, bringing in Lozano, Hidalgo and Louie Perez. “We got together to learn a few songs for our mothers, to show them that we value the music of our culture,” González said in his opening monologue for the 1975 KCET special.

The performance ended with a version of the song that would become a hit for the group more than a decade later: the son Yarocho Standard “La Bamba”.

By this point, González was long gone from the band, more interested in sticking with Mexican regional music than the fusion between those genres and American sounds that his former bandmates wanted to explore.

“We loved him, man,” Rosas said. “We were blessed to have him with us.”

After working at the Teatro Campesino, which lasted from 1980 to 1984, González settled in Santa Barbara, where Yolanda was a professor.

“He was the most wonderful father in the world and the sweetest husband imaginable,” said Broyles-González, author of a popular biography of Tejano music legend Lydia Mendoza. “He was always there for us. He never broke our hearts. He was as strong as Gibraltar.”

González taught Chicano theater at Santa Barbara College and used that position to direct plays centered around the Virgin of Guadalupe at the city’s historic Presidio pastorelas, the nativity scene pantomimes performed in Mexico and the American Southwest for centuries. “Our other Christmas traditions aren’t local,” he told The Times in 1989 while directing a pastorela at the San Fernando Mission. “‘The Nutcracker’ is Russian. Christmas carols come from Europe. To this day we tend to be colonized.”

Soon after, in 1990 González—frustrated at not being able to find good-quality strings for his Mexican instruments—opened Guadalupe Custom Strings in Goleta, which continues to operate under different ownership in East Los Angeles.

“It was pretty much the first time that anyone in this country set out to make quality strings based on an intimate knowledge of Mexican music,” said Gabriel Tenorio, a guitarist who went on to become a partner with the Guadalupe Strings Company and now runs his own workshop. “It wasn’t some Italian company doing it in the world they knew. He did it in our world.”

He and other Chicano musicians from across the Southwest performed son Yarocho and mariachi made pilgrimages to González in the 1990s. Tenorio recalled being amazed at how González’s strings would last an entire tour, as opposed to just one night like his competitors.

“He would ask us to play and would watch your fingers and listen,” Tenorio said. “Then he asked us, ‘What are you looking for? What do you want? What are you feeling?’ and start making strings in front of us. He raised me without dissing me. He taught us all that this music is not a museum piece.”

In addition to his wife and son, a Menlo Park writer, González is also survived by a daughter, Esmeralda Broyles-González, a civil engineer in Phoenix. His latest project, a book about the history of son Yarocho written with his wife and another professor, will be published this June.

“The heart of the book, Francisco worked on it for 10 years,” Yolanda said. “And yet he said, ‘I’m going to put my name on the cover last.’ It was never about him.”

https://www.latimes.com/obituaries/story/2022-04-04/francisco-gonzalez-los-lobos-guadalupe-custom-strings Francisco González, founding member of Los Lobos, dies at the age of 68

Random Man asks Ted Cruz for a photo, after faking a picture reveals his true intention

Mega Millions: Here’s what’s more likely than you to win