France has reassured the UK that it should be able to supply electricity at critical moments as its power supply comes under pressure this winter despite problems with nuclear reactors that have forced it to depend on imports.

Grid operators in France and the UK have been in power talks for the past few months, with authorities on both sides of the Channel signaling they need imports to avoid blackouts this winter.

France is Europe’s largest electricity exporter. But a record number of outages and maintenance disruptions to its fleet of 56 nuclear reactors — which reached a peak in mid-year when more than half went offline — has turned the country into a net importer for the first time.

Fears about potential power shortages this winter escalated last week when National Grid, the company that oversees Britain’s electricity and gas systems, warned of the possibility of three-hour worst-case blackouts if adequate gas and electricity supplies cannot be secured from continent, especially during prolonged cold periods.

However, French grid operator RTE told the Financial Times that France will likely still be able to export electricity to the UK during moments of extreme stress.

“France and the UK do not have their peak times at the same time,” said Thomas Veyrenc, RTE’s managing director of strategy. 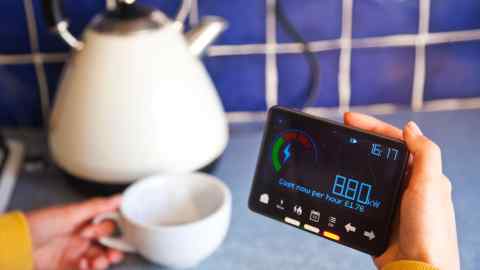 “You can have a situation where France exports to the UK but imports from every other country. We can take a position as a net importer but still be an exporter to the UK at certain moments [it] gets in trouble,” added Veyrenc.

France shares three submarine power cables with Britain. During a normal winter, the UK relies on imports from France to meet demand, particularly during the 5pm-8pm peak period. But the UK has been a net electricity exporter to France this year because of problems with the French nuclear fleet.

British officials are also cautiously optimistic that flows between the two countries can continue. France’s electricity needs are generally greatest between 8am and 1pm, rather than in the evening, due to its large industrial base, UK officials said. This could mean that flows change direction at different times of the day to meet peak demand in both countries.

Still, analysts remain nervous about whether energy supplies will continue to flow across borders in Europe this winter.

One of Germany’s grid operators warned earlier this month that it may have to cut power exports to France and other countries to avoid a collapse of its own electricity system. In August, the Norwegian government also announced that exports to neighboring European countries would be curtailed due to low water levels in their hydroelectric power plants.

“My advice to everyone is to pray for a mild winter,” said Niall Trimble, managing director of consulting firm The Energy Contract Company.

Man arrested after assault, chase at 160 km/h; Several weapons were found in his vehicle

Investors are sticking to US inflation data