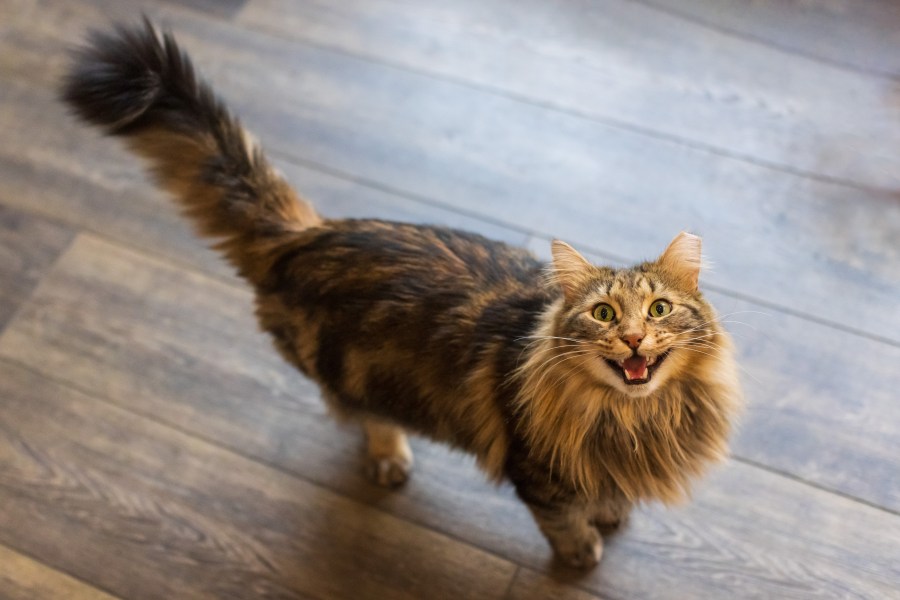 (The Conversation) – Even the most devoted cat owner wonders, maybe waking up in the middle of the night in a cold sweat, if their cat really loves them. Dog people like to smugly point out the dog’s long history as mankind’s best friend.

But research shows that cats’ reputations as cold and aloof pets are undeserved.

Because of their evolutionary lineage, domestic cats are naturally more independent than dogs. The wild ancestors of our cats did not live in social groups like dogs. However, during the domestication process, cats developed the ability to form social relationships not only with other cats but also with humans.

Although they cannot rely on humans to make them feel safe like dogs, many cats show affection for their guardians and seem to appreciate the company of their human companions. Her attachment to humans is influenced in part by her experiences of being treated by humans as kittens.

Cats behave towards people the same way they react towards their feline friends. So the secret to whether your cat feels connected to you lies in their behavior.

1. Watch out for fragrances

The ability to communicate with other cats over long distances and when they are no longer physically present was an asset to their wild ancestors. Our house cats have retained this “super sense” and rely heavily on this form of communication.

Cats, in particular, use scents to identify members of their social group or family by sharing a group scent profile. Cats have scent glands on their flanks, head, and around their ears, and will often rub their heads on familiar and reassuring people and objects.

Does your cat rub its head or side against your legs? The soft feeling you feel against your calves is actually your cat identifying you as a friend and is a huge compliment.

2. Watch how they greet you

One of the most obvious signs that your beloved pet likes you is the way your cat greets you. When cats greet members of their social group, they display signals that indicate friendship and a desire to get closer. Cats also show these signals to humans.

A tail held in the upright flagpole position indicates friendly intent (the feline equivalent of a wave) and indicates familiarity, trust, and affection. Some cats also use an erect tail in the shape of a question mark to greet someone they like or to show they want to play.

Cats sometimes braid their tails as a sign of friendship, and the human equivalent is to wrap their tails around your calf.

Turning around and exposing their vulnerable underbelly is another gesture a cat will show you with the ultimate in trust. However, cats prefer to be petted in the head and neck areas, so this is not usually a request for a tummy rub.

Attempts to pet a cat’s tummy often result in a hasty retreat or even clawing. The chirp or trill greeting is a melodious sound cats make when greeting loved ones. So when your cat sings to you in this way, you can be sure that she is happy to see you.

The familiar feeling when your cat hits the back of your knees can also be a sign that she feels an extremely close bond with you. The feline version of a high-five, the head bump, is usually saved for a cat’s closest feline friends and most trusted humans.

Your cat might also be secretly showing affection by looking at you. When cats encounter strangers or other cats they don’t know, they usually greet them with a stare. But they blink rather slowly at cats with whom they have a good relationship.

Research suggests that slow blinking is associated with a positive emotional state and can be a sign of trust, contentment, and affection, much like a human smile. If you want to return the compliment, blink and your cat may blink back. This is a nice way to bond with your cat if she doesn’t like being touched.

4. They come from close by

Cats are very protective of their personal space and don’t like it when uninvited guests invade it. If a cat allows you to get close to it, it indicates a close bond, especially if the contact is frequent or prolonged.

Curling up on your lap for a nap is a sign of deep trust. Grooming only occurs between cats with a warm bond, so licking your hand or face can be a sign of tenderness, even if those spiky tongues aren’t as gentle to the touch.

https://wgntv.com/news/four-ways-to-tell-if-your-cat-loves-you-based-on-science/ Four science-backed ways to tell if your cat loves you

The best travel days for the holidays

Security forces are grappling with escalating jihadist violence in the Sahel

The Royalton at River Oaks: The City of Houston is allowing residents to move into some units after evacuation from structural damage