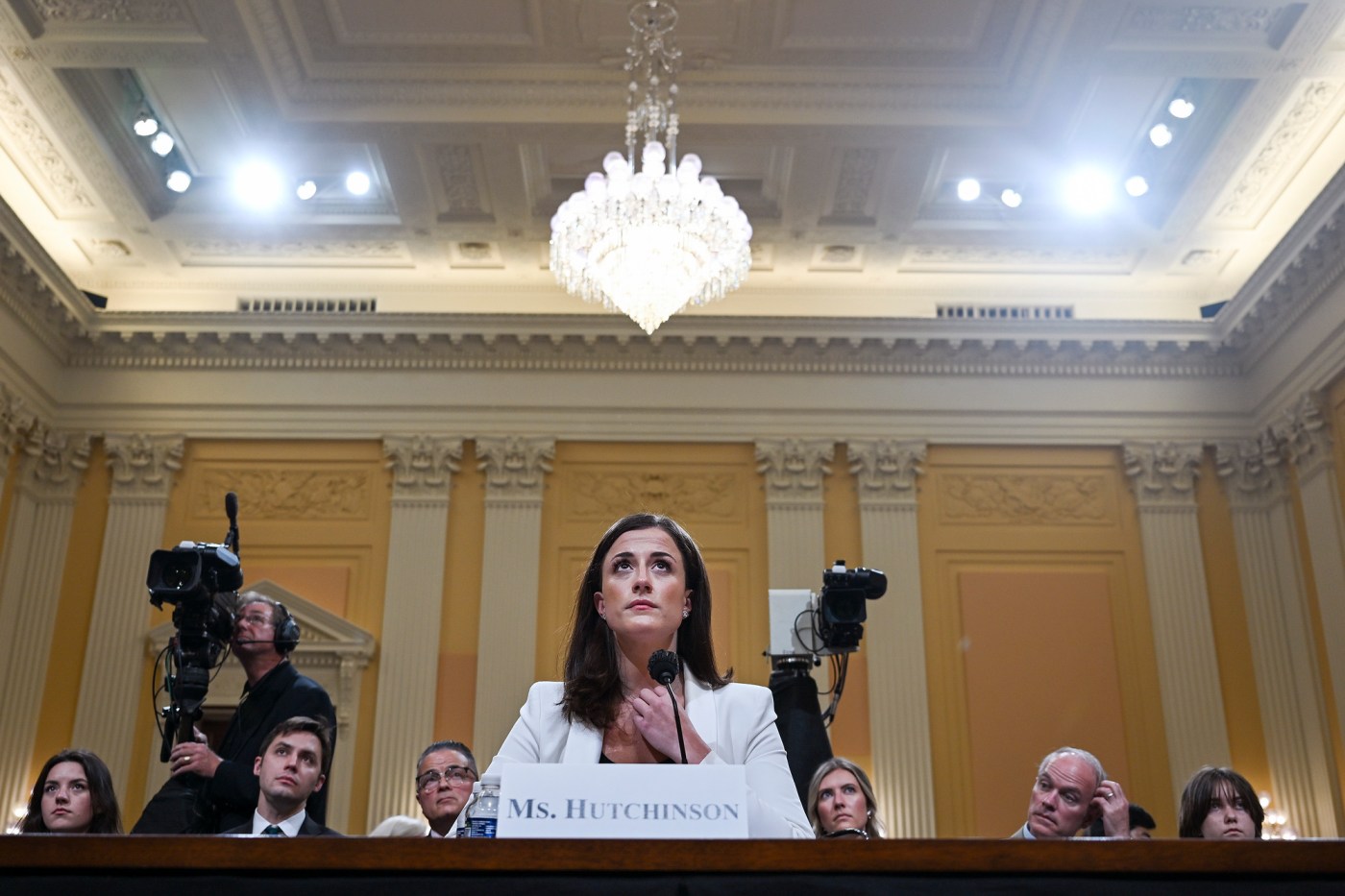 Former White House staffer Cassidy Hutchinson testified Wednesday before a special jury in Georgia investigating efforts by former President Donald Trump and his allies to overturn Georgia’s 2020 election results, according to a statement from her attorneys.

“MS. Hutchinson was pleased to work with the Fulton County Special Purpose Grand Jury and answer questions today regarding their investigation into events surrounding the 2020 election,” her attorneys said in the statement.

Earlier Wednesday, CNN saw Fulton County Sheriff’s Deputies open the gate in the courthouse garage, where many grand jury witnesses had arrived, and greet two black SUVs carrying Hutchinson and others as they pulled into a secure area.

Hutchinson has previously worked with the House Inquiry Committee investigating Jan. 6, 2021 and the Justice Department investigation, and CNN reported last month that Willis had secured her cooperation in the prosecutor’s investigation.

Hutchinson, as CNN previously reported, could offer Georgia prosecutors insight into what she saw in the West Wing, as well as specific steps her former boss took regarding Georgia. In public testimony before the committee Jan. 6 this summer, she revealed how Trump and his inner circle were warned that day about the potential for violence, and how the former president intended to join the throngs of his supporters in the Capitol.

The Georgia probe — sparked by an hour-long phone call from Trump to Georgia Secretary of State Brad Raffensperger in January 2021, urging him to “find” the votes Trump needs to win the Peach State — has moved on steadily expanded over time.

India: India will always be a firm companion on Nepal’s path to peace and prosperity, says PM Modi – The Economic Times Video