If this was an audition for a place in the Premier League starting XI, few players should be sitting confidently on their phones waiting for a call.

But while Steve Cooper ponders his squad’s line-up as they take on Wolves in Wednesday night’s Carabao Cup quarter-finals, simple circumstances could mean he’ll be forced to request at least one or two of them.

Cooper made 11 changes to his Nottingham Forest side at Blackpool but still felt – with some justification – that they were a team that should comfortably secure a place in the fourth round of the FA Cup.

Last season’s visit to Bloomfield Road embodied everything positive about Nottingham Forest’s remarkable promotion spurt – a 4-1 win in April amid a party atmosphere suggested something special was on the horizon.

Their return underscored the challenges they still face in the top flight, as question marks have been raised over Forest’s strength, even after their £150m ($181.4m) 23-player recruitment campaign. There were painful mistakes and deficits in all areas. Defending errors played a part in three of Blackpool’s four goals and at the other end Forest wasted enough opportunities to easily win.

Forest finished the game with an xG (expected goals) of 2.11. Blackpool’s xG was just 1.08. One team was ruthless, the other wasn’t.

But while he has the resources to change his goalkeeper, the entire back four and midfield at the City Ground, Cooper may not be endowed with such luxuries in the final third.

With Taiwo Awoniyi struggling with a minor groin problem, Morgan Gibbs-White having to shake off the calf injury that had kept him off recently and Jesse Lingard sidelined with a hamstring problem, Forest are left without an attacking opportunity.

Brennan Johnson – who added another dimension with his pace and directness coming off the bench – will almost certainly return to the right side of the front three within Cooper’s favored 4-3-3 formation.

Gustavo Scarpa was the only player in the starting XI to appear on a loan at Blackpool and marked his first start for Forest with an encouraging performance. He could comfortably take the position Gibbs-White normally occupies, a free roll between the two wider forwards, dropping low to get the ball or pushing forward to become a deeper lying forward.

But unless Cooper changes approach or one of the injured players makes rapid progress over the next day or two, either Emmanuel Dennis or Sam Surridge could have another opportunity. 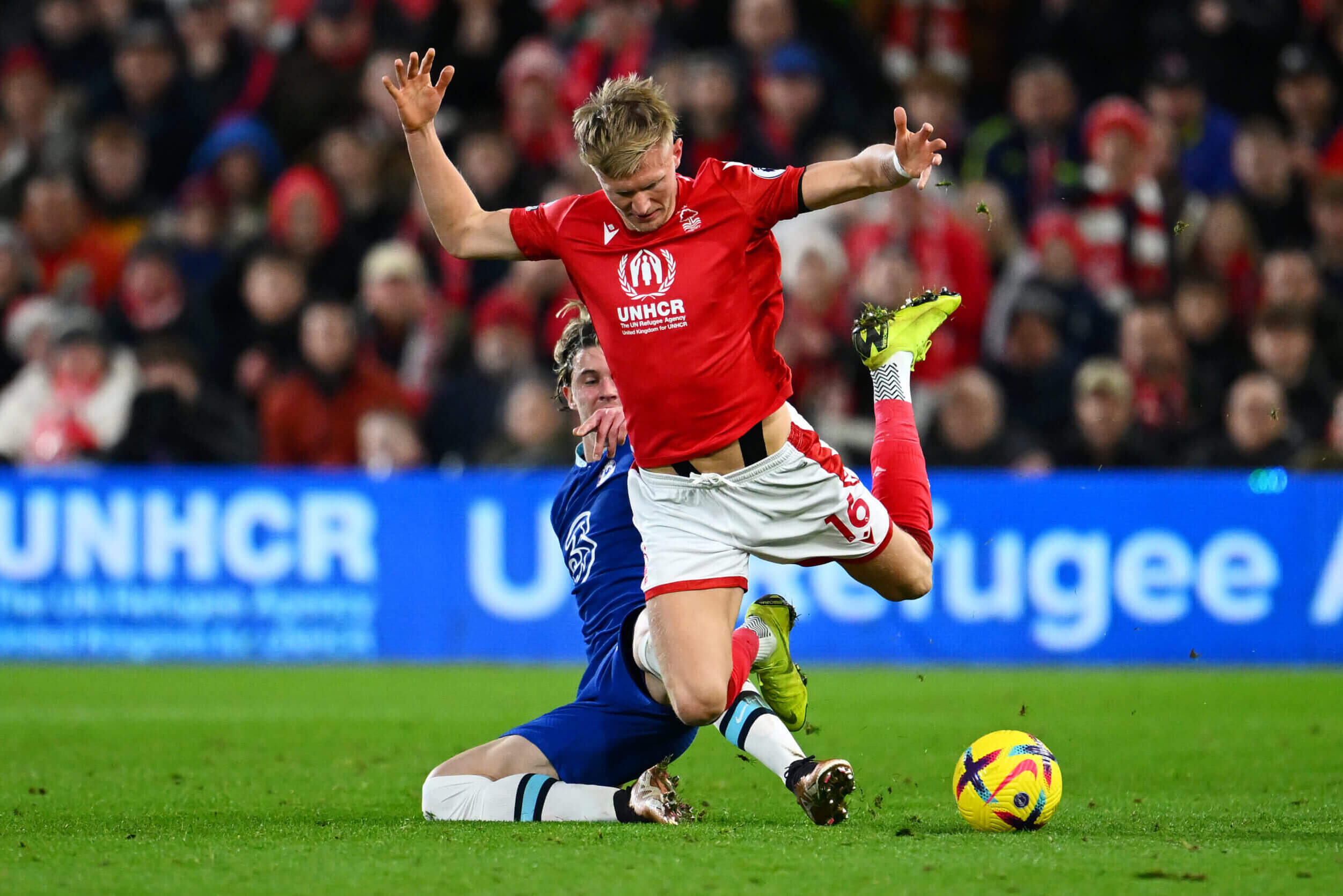 For different reasons, both men at Forest find themselves in a precarious position.

Cooper publicly downplayed the situation last week but Forest is open to the idea of ​​moving Dennis on less than six months after he joined the club in a £10million move from Watford. The complication is that having already played for Watford and Forest this season, he has not been able to play for any other club in Europe. In January, his only realistic goals are Saudi Arabia, the MLS or a return to Watford.

the athlete believes Forest has received two proposals from unnamed clubs, one from the United States – a loan with a commitment to buy – and one from a club in Saudi Arabia. At Blackpool his performance was one that would have Scouts scratching their heads; The Nigeria international repeatedly put himself in good positions only to make bad decisions.

Dennis almost scored when he rattled the bar with a driven shot, which came after a moment of individual skill in which he engineered the space to pull the trigger just inside the box. He was also the only Forest player to make a significant save from Blackpool goalkeeper Chris Maxwell. But Cooper will still have been frustrated by the 25-year-old’s erratic performance, which summed up his time at Forest so far.

In three Premier League starts and seven Submarine appearances, Dennis has recorded one goal and one assist. He averaged 0.9 shots per game. He never looked set to repeat his form for Watford, where he provided ten goals and six assists in the top flight in 30 starts and three U appearances last season.

But no one in the ranks of the forest will have been more frustrated than Surridge. It was hard to resist the idea that the former Bournemouth man would have buried at least one of the three glorious chances that presented himself at Blackpool had he been armed with the same confidence and acuity as in the last Season.

Surridge is considered one of the most natural finishers in the squad. The fact that this was only his fourth start of the season might have been a mitigating factor – and he found success in the Carabao Cup, where he contributed two goals and two assists in two starts and one U game.

But he will have been furious with himself after firing into the side netting after tricking his way onto goal – before missing twice from just yards out after being set up first by Dennis and then by substitute Johnson.

Surridge is a sought-after man. Burnley and Sunderland head a long list of Championship clubs interested in the striker – while he also has suitors in France and Germany – and Forest’s sister club Olympiacos are also said to have mooted a move for the 24-year-old.

the athlete understands Surridge would rather stay at Forest and fight for his place so he can prove he can make it in the Premier League.

“We know what Sam is giving us. He’d love to start more games but what he’s doing is keeping his head down, working hard and staying ready,” Cooper said ahead of the Blackpool game. “We love Sam. He’s so popular at the training ground. He’s a fantastic professional. He is what you see. Everyone really likes him. The fans will know how important he was to us. We really enjoy working with Sam. We are happy to have him here.”

A forward is on Forest’s January shopping list, along with a centre-back and a central midfielder.

But in the meantime, with Wolves visiting on Wednesday – and perhaps in the next three Premier League games against Leicester (home), Bournemouth (away) and Leeds (home) – Cooper hopes Surridge and Dennis can represent that more convincingly they have something to offer.

https://theathletic.com/4068004/2023/01/08/emmanuel-dennis-sam-surridge-forest/ Forest needs Emmanuel Dennis and Sam Surridge to prove himself after the Blackpool shocker

As the islanders continue to crash, All-Star Ilya Sorokin keeps his game