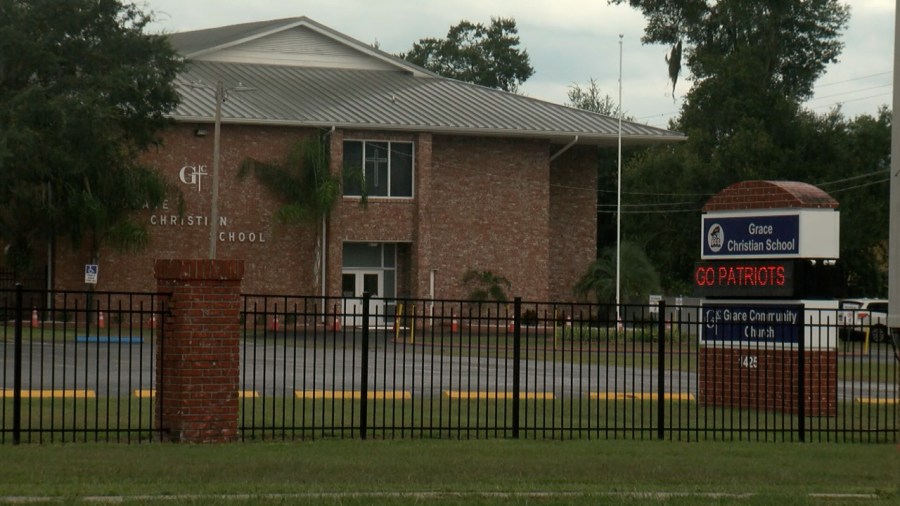 HILLSBOROUGH COUNTY, Fla. (WFLA) — A Florida mother is open about her decision to remove her lesbian daughter from a private Christian school with the policy that gay students are not welcome and are “requested to leave them immediately.”

“She was scared that she would open her mouth and expose herself, right, but she’s not scared anymore,” said the mother, who asked to hide her identity for fear of harassment.

NBC News first received an email from the school administration at Grace Christian School in June, outlining the school’s policies on human sexuality. It told parents they had to agree to the guidelines before their students could start the new school year.


“From what I’ve read, this isn’t a new policy, but this was the first time I was made aware of this policy,” the mother said.

All of her children attended Grace Christian School in Valrico, but after reading Administrator Barry McKeen’s email, she said she could not send her youngest daughter back there for her junior year.

“Actually, I respect her opinion,” she said, “but my daughter’s welfare, rights and mental health are more important.”

According to the email, the school will only target students based on their gender assigned at birth. It also states that any form of homosexuality or transgender identity is “sinful in the eyes of God and the Church.”

“Students who participate in these lifestyles are being urged to leave school immediately,” McKeen wrote.

Neither the Grace Christian School office nor McKeen responded to emails from News Channel 8 seeking comment on why the school decided to strengthen its human sexuality policies for this school year.

“I have to say about this school – there are some lovely teachers at this school,” the mother said. “There are teachers who know a lot of these kids are gay and they still love them.”

The mother said her youngest daughter was never discriminated against but was sometimes excluded. Before enrolling her daughter in a new private religious school, she said she spoke to the owner.

“I just want to know if it’s based on Christians, and he said, ‘Yes, it is.’ And I said, “I’ll tell you right now that my daughter is gay, and will that be a problem?” “He [the owner] said ‘No, God loves everyone.’”

The mother said her daughter is thriving at her new school.

“I accept,” she said. “I love my kids. I don’t care, but there are families I know that have a really hard time when their kids are gay, and that’s sad.”