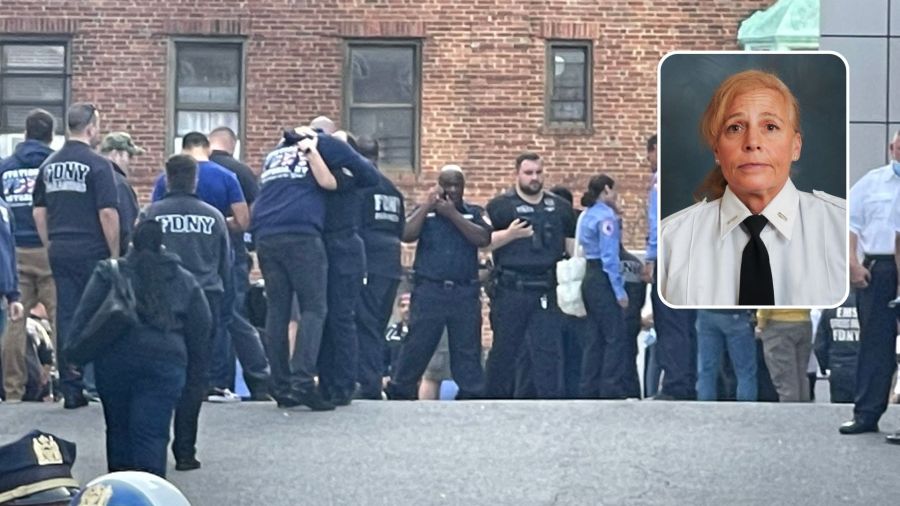 EMS Lt. Alison Russo-Elling, a 24-year veteran of the FDNY, was stabbed to death in the Queens neighborhood of Astoria around 2:20 p.m., according to FDNY and NYPD officials. Russo-Elling was taken to hospital in critical condition but died from her injuries, officials said.


Russo-Elling, 61, was outside Station 49 in Astoria when she encountered a 34-year-old man on the corner Steinway Street and 20th Avenue, officials said. The man “viciously attacked” Russo-Elling with a knife and stabbed her multiple times without provocation, Chief James Essig said.

The suspect fled to his apartment on 41st Street and barricaded himself there, police said. NYPD negotiators were able to get the suspect to surrender and he was taken into custody.

Officials later identified the suspect as 34-year-old Peter Zisopoulos. He was charged with murder and criminal possession of weapons, according to authorities.

“Our hearts go out to the family, their colleagues and the city of New York. We’ve lost one of our heroes,” said Mayor Eric Adams. “Your attacker has been arrested and will be held accountable for his actions.”

In addition to serving the department for nearly 25 years, Russo-Elling was a 9/11 first responder at the World Trade Center and has been cited multiple times for her courage, according to FDNY Commissioner Kavanagh.

“She was absolutely popular with this job,” Kavanagh said. “Members of EMS only serve to help other people and save their lives. Being attacked and killed while helping others is both heartbreaking and angry for our department in a way I cannot describe.”

Russo-Elling was a Long Island resident and mother, according to the FDNY.

“New York’s first responders deserve to return home safely at the end of their shift. Our hearts go out to the family of the EMS Lieutenant who was killed in care today and to all of @FDNY who mourn this tragic loss,” Hochul said on Twitter.

Hochul ordered flags on state buildings to be flown at half-staff in honor of Russo-Elling starting Friday.

Why NYC buildings use sky blue in their 9/11 tributes

“Terrific loss for Astoria and the entire New York family,” Gianaris said on Twitter. “My heart goes out to the family of the FDNY EMS Lieutenant who was tragically killed today. May all those who mourn be comforted by the love and strength of our community.”

Russo-Elling’s daughter, Danielle Fuoco, asked the public to keep her mother in their prayers and to remember her as “the hero she was”. Both she and First Deputy Chief Katie Donegan remembered Russo-Elling as someone who genuinely loved her job.

“EMS and service to others was her greatest love,” Donegan told WPIX. “Just really a hothead, a great personality, was just lighting up a room when she walked in and really was such a dedicated and steadfast provider whatever it was.”

Taulia Tagovailoa leads Maryland through the state of Michigan

Petro faces the challenge of delivering promised changes to the Colombians