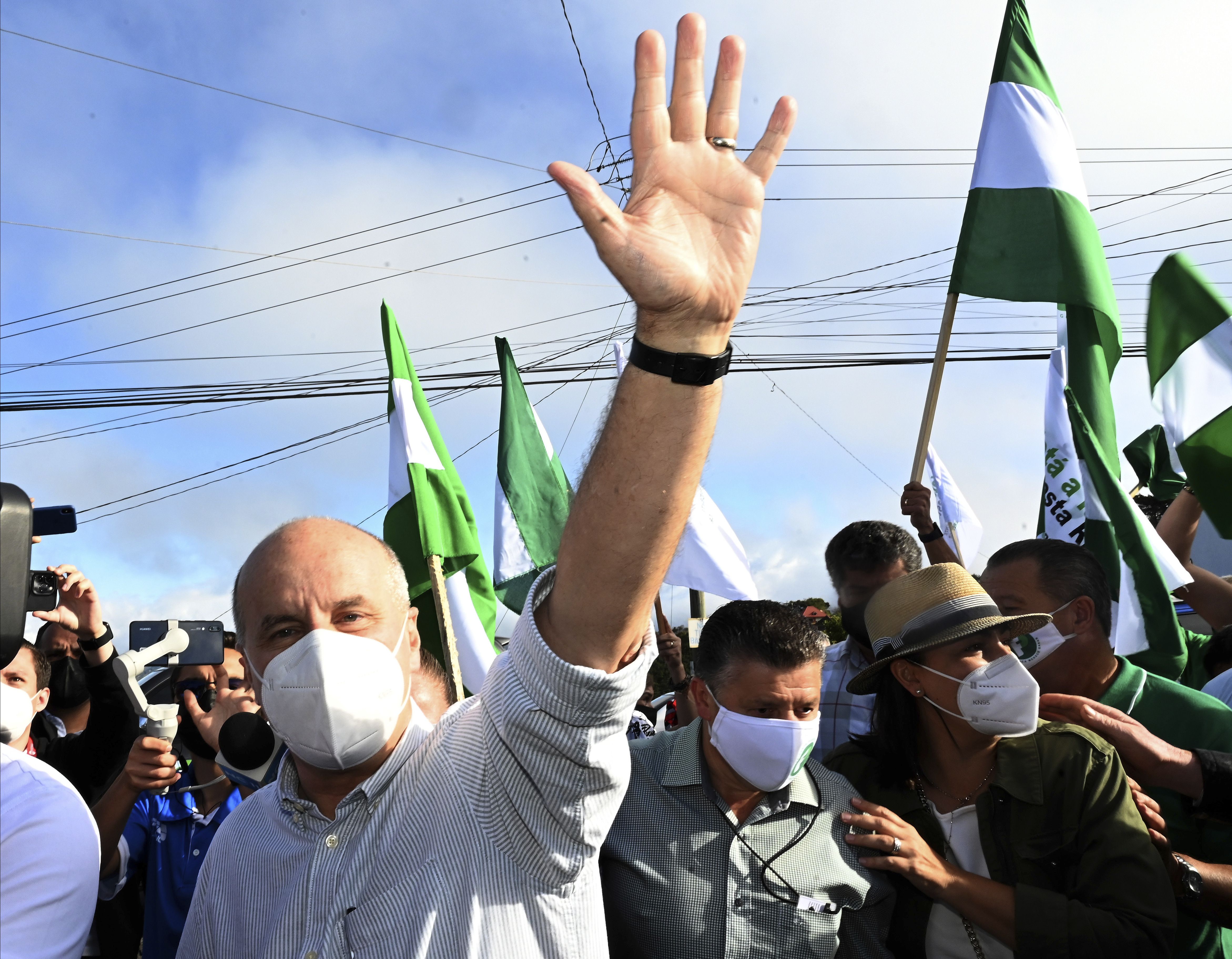 SAN JOSE – A former finance minister who surprised many by making it into Costa Rica’s presidential runoff has won that election with ease and is set to become the Central American country’s new head of state next month while still fending off allegations of sexual harassment when he worked at the World Bank.

However, more than 42% of eligible voters did not turn out in Sunday’s election, reflecting Costa Ricans’ lack of enthusiasm for the candidates.

In his victory speech, Chaves said he accepted the result with humility and called for unity to tackle problems such as unemployment and a rising budget deficit.

“For me, this is neither a medal nor a trophy, but an enormous responsibility, full of challenges and difficulties that we will all solve,” he said.

“Costa Rica, the best is yet to come!” said Chaves before celebrating the supporters. His inauguration is scheduled for May 8th.

Figueres suffered a defeat less than an hour after the first results were announced. He had led the first round of voting on February 6, with Chaves finishing second that day. Neither had even come close to getting the 40% of the votes needed to avoid a runoff.

“Costa Rica voted and the people spoke,” Figueres said. “As Democrats that we are, we will always respect that decision.”

He congratulated Chaves and wished him well, adding that he continues to believe Costa Rica is in a “deep crisis” and stands ready to help him recover.

Figueres, who was President of Costa Rica from 1994 to 1998, represents the National Liberation Party like his father, three-time President José Figueres Ferrer. Chaves briefly served in the administration of outgoing President Carlos Alvarado and represents the Progressive Social Democratic Party.

Both men ran a bruising campaign that highlighted past controversies.

Chaves’ campaign is under scrutiny by electoral authorities for allegedly operating an illegal parallel funding structure. He was also dogged by a sexual harassment scandal that drove him out of the World Bank.

While working at the World Bank, he was accused of sexual harassment by several women, eventually demoted, and then resigned. He has denied the allegations.

The administrative court of the World Bank initially criticized the internal handling of the case last year.

The tribunal found that an internal investigation had found that from 2008 to 2013 Chaves made lewd remarks about appearance, repeated sexual innuendos and unwelcome sexual advances towards several bank employees. These details were repeated by the bank’s human resources department in a letter to Chaves, but they decided to sanction him for misconduct rather than sexual harassment.

“The facts of the present case indicate that (Chaves’) conduct was sexual in nature and that he knew or should have known that his behavior was undesirable,” the tribunal wrote. The tribunal also noted that the bank’s current vice president of human resources testified in the proceedings “that the undisputed facts legally amount to sexual harassment”.

More than 3.5 million Costa Ricans were eligible to vote, but with many voters underwhelmed by the choices, turnout was even lower than February’s 60%.

Lines formed at some polling stations in the capital, San Jose, before voting began, while others appeared to be nearly empty.

Political analyst Francisco Barahona said Costa Ricans’ lack of enthusiasm was a result of the multitude of personal attacks that characterized the campaign.

“In the debates, they just fueled things in personal arguments, mistreating each other,” he said. “They have not added depth to their proposals to solve the country’s problems. The debates did not help to motivate the electorate.”

“A lot of people are embarrassed to say they voted for one or the other, and many prefer to say they won’t vote for any candidate or just won’t vote,” Barahona added.

Figueres was being questioned about a $900,000 consulting fee he received from telecoms company Alcatel after he became president when it competed for a deal with the national electric company. He was never charged with a crime and denied any wrongdoing.

While Costa Rica enjoys relative democratic stability compared to other countries in the region, the public has become increasingly frustrated with public corruption scandals and high unemployment.

In February’s vote, Alvarado’s party was virtually erased from the political landscape and denied a seat in the new Congress. At the time of that first vote, the country was riding a new wave of COVID-19 infections, but infections and hospitalizations have declined significantly since then.

It's LIT! Check out our top moments from the 2022 GRAMMYS!