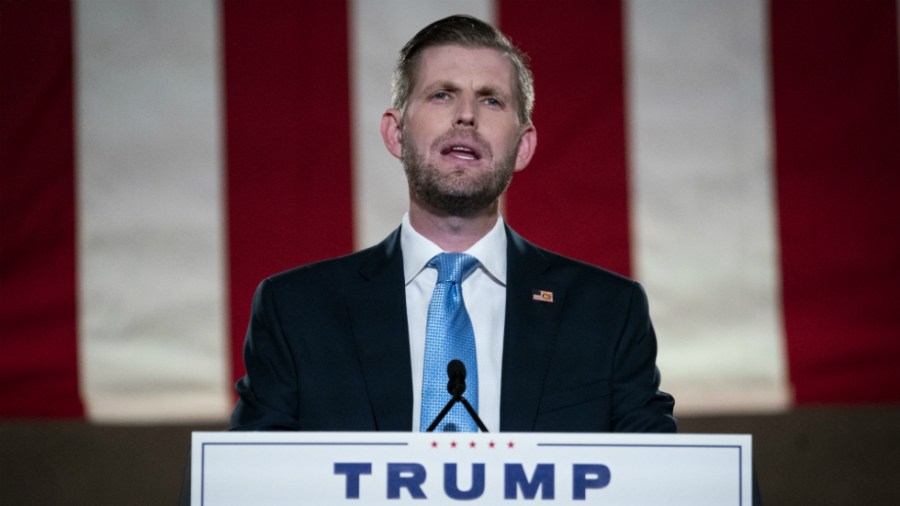 (The Hill) – Eric Trump, one of former President Donald Trump’s sons, said in an interview late Monday that the FBI’s search of his father’s Mar-a-Lago home earlier in the day focused on documents dated National Archives were sought.

“Sean, the reason for the raid, you said, was because the National Archives wanted to confirm whether or not Donald Trump had any documents in his possession,” Eric Trump told Fox News host Sean Hannity.

“And my dad worked so closely with them for months. In fact, the lawyer who worked on it was totally shocked. He says, ‘I had such an amazing relationship with these people and suddenly, without notice, they send 20 cars and 30 agents?'” added Eric Trump.

Earlier Monday, the former president said the FBI had searched his Florida home, adding that agents broke into his safe. He said the raid was not “unannounced” and called it “not necessary or appropriate”.

The FBI is searching Trump’s Mar-a-Lago


Donald Trump’s testimony did not immediately make clear what the search warrant was focused on or what documents or real estate agents were being examined.

The investigation followed reporting earlier this year that the Justice Department had been asked by the National Archives to investigate the former president’s handling of records after more than a dozen boxes, including some containing classified information, were recovered by archives officials who have Donald Trump should be flipped.

The Mar-a-Lago search was immediately criticized by Republicans, with House Minority Leader Kevin McCarthy (R-Calif.) saying Monday his party would conduct a Justice Department probe if the GOP found the House after should recapture November.

The Hill has reached out to the National Archives for comment.

https://www.wane.com/news/eric-trump-fbi-mar-a-lago-search-focused-on-documents-sought-by-national-archives/ Eric Trump: The FBI’s search at Mar-a-Lago focused on documents sought from the National Archives

It's always sunny in South Central in the Hulu comedy

When the Three Rivers Festival was THE thing