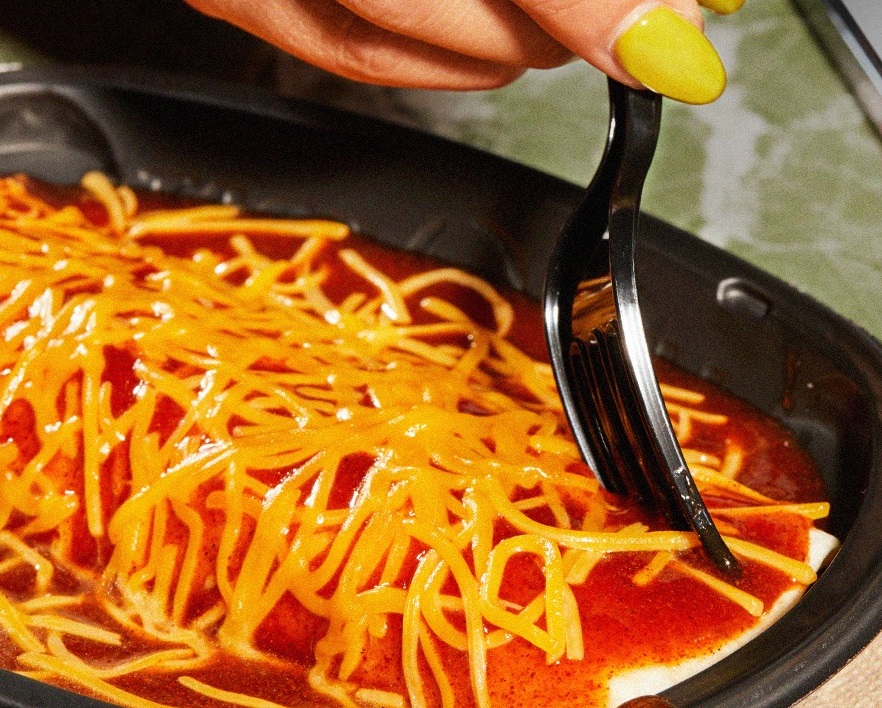 Taco Bell will be returning the enchirito to its menu for a limited time after a poll it conducted on its app to see which withdrawn menu item it should bring back.

The enchirito beat the double decker taco in a poll that ran Sept. 27-October 10. 6. The Irvine-based chain announced the winner on Friday morning, October 7th.

The enchirito was introduced in 1970 but has been off the Taco Bell menu since 2013. It’s a mix of beef and beans wrapped in a soft flour tortilla and drenched in red sauce. It used to be topped with three artfully arranged slices of olives, but recent photos only show melted cheese.

According to a press release, it will be available from November 17th to 30th.

More than 760,000 app users participated in the promotion, and Enchirito received 62% of the votes, the press release said.