According to two sources familiar with the matter, Twitter has agreed to postpone a testimony from Elon Musk scheduled for Thursday as the sides find a way to complete Tesla CEO’s $44 billion buyout of the social network.

Musk originally said he would buy the company in April before attempting to go out of business, citing concerns about fake accounts and sparking a bitter and closely-watched legal battle between companies.

Earlier this week, Musk sent a letter informing Twitter that he was willing to close the deal at the originally agreed price of $54.20 per share in exchange for dropping the litigation to determine if he can withdraw from the business. The trial is scheduled to begin October 17 in a Delaware court.

Musk was scheduled to appear at Wilson Sonsini Goodrich & Rosati’s offices in Austin, Texas, where Tesla is headquartered, at 9:30 a.m. Thursday, according to court documents. He was scheduled to be dismissed for two days by Twitter’s lead litigator, Bill Savitt of Wachtell, Lipton.

Musk had canceled a previously scheduled deposition over concerns about exposure to Covid-19, according to a letter filed in court this week by Twitter’s attorneys.

The latest delay comes as Twitter seeks precise contractual protections in court to guarantee Musk would complete the deal given the already strained relationship between the sides.

Musk and Twitter previously held talks about potential price cuts for the deal; However, these were unsuccessful, according to a person familiar with the matter. The Wall Street Journal first reported on the talks.

Negotiations over how to ensure the deal goes through have raised concerns that Musk may still have leeway to sabotage the $13 billion in debt financing he has arranged. According to one person in the Twitter camp, concerns remain far less that the banks themselves are reluctant to honor their debt obligation agreement.

Twitter pushed back after Musk appeared to be trying to add a new contingency to the deal not included in the original merger agreement, which he would enter into on condition that the debt financing was received, according to a person familiar with the matter.

A settlement would end weeks of legal wrangling, including a brutal discovery process that exposed a plethora of text messages between Musk and Silicon Valley employees. Each side has accused the other of being uncooperative and intentionally hiding information.

On Wednesday, Kathaleen McCormick, the Delaware Court of Chancery presiding judge on the case, wrote: “The parties have not filed a condition to stay of this lawsuit, nor has any party sought a stay. I therefore continue to urge our trial to begin on October 17.” 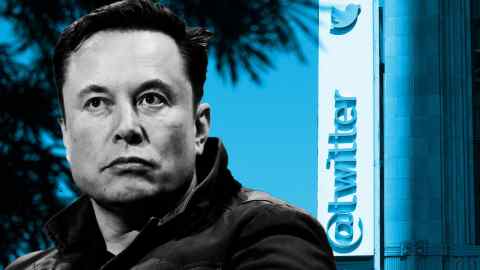 Legal analysts have suggested that Musk’s about-face was an acknowledgment of the weaknesses of his case, in which, after failing to exercise due diligence, he claimed Twitter had misled regulators and investors by counting the number of fake accounts on its platform grossly underestimated.

He also accused the company of failing to disclose cybersecurity flaws, an issue later added to the complaint following similar allegations from a former Twitter exec-turned-whistleblower.

Twitter denied the allegations, saying it was Musk who breached his obligations under the merger agreement, including by repeatedly disparaging the company and its executives and failing to close the deal.

The Trouble with the State Treasurer Race – Orange County Register