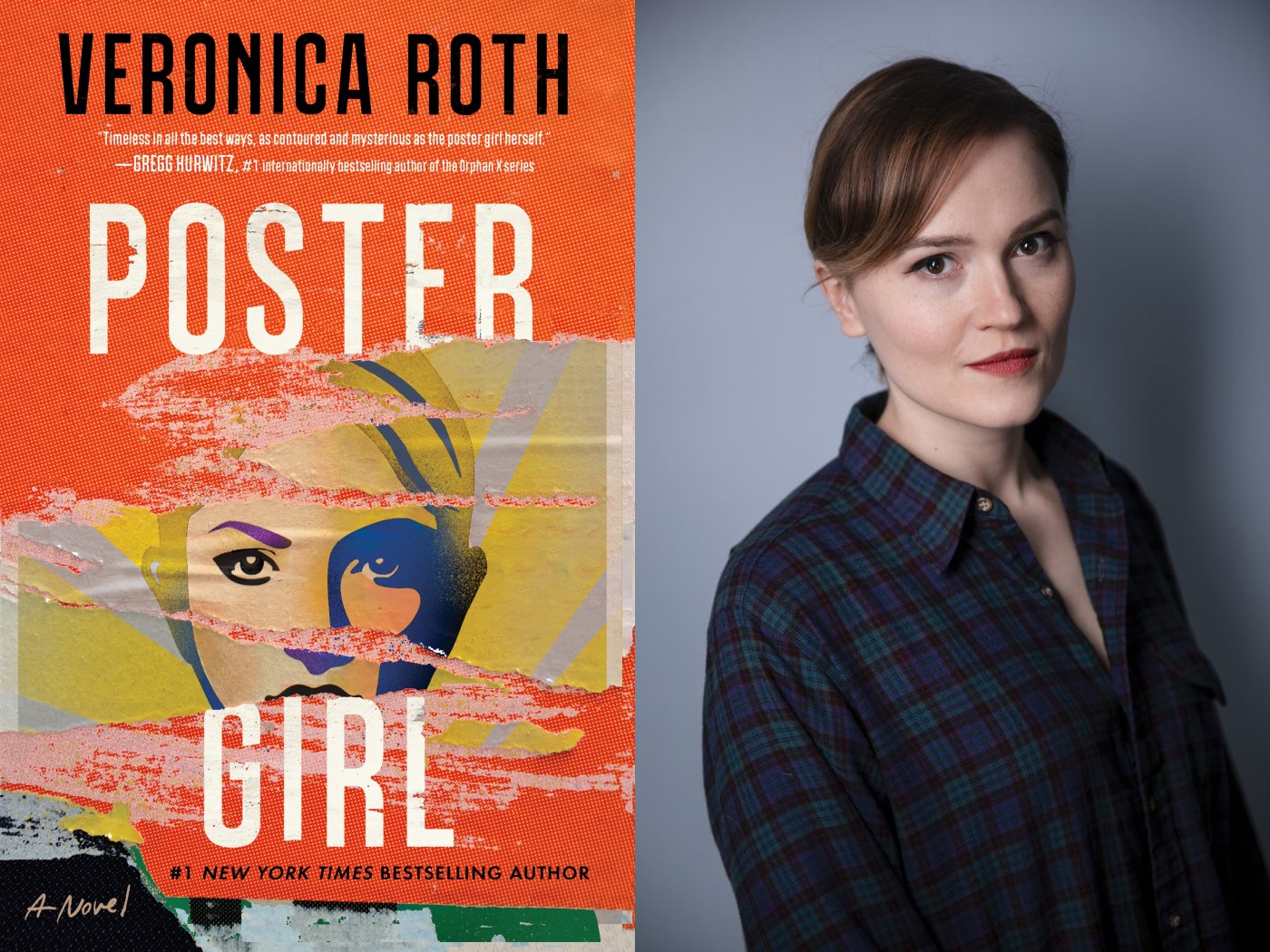 Veronica Roth wrote her first novel for young adults while still a student. That’s not that unusual, except that Roth’s book was Divergent, which became the first in a 2011 blockbuster trilogy followed by a film series.

Roth remained a star of the YA world for almost a decade before moving on to her first adult-oriented novel, Chosen Ones, in 2020. Now, Roth, who recently spoke via video, is further establishing herself as a force in the world of speculative adult fiction with Poster Girl.

Sonja Kantor was the proud face of the delegation, but since the fall of the government she has been locked up in a run-down apartment complex with other supporters of the old system. The twist that the reader begins to realize is that while Sonya is our protagonist, she was on the wrong side – the delegation was the autocratic dystopia, not the system, however imperfect, that replaced her.

Finally, Sonya is given a shot at freedom, but it will come at a high price: not just in the actions she must take to fulfill her quest, but – as this tight and twisty thriller winds to its climax – in style and way she must re-evaluate everything she has ever known and believed about her life, her government and her family.

The interview has been edited for length and clarity.

Q. Where did the idea for this book come from?

I wanted to research another character. I’ve written about straight hero types, even if they aren’t ready at first, but Sonya isn’t. She was on the wrong side of the revolution. I started writing without really knowing how I felt about her, which is strange to me. My policy is usually to side with the protagonist. I’ve developed sympathy for her, but also a lot of judgment – I try to keep those feelings in tension. One theme that has emerged is that in such a system one can be a victim and a perpetrator at the same time.

It’s a little difficult to contemplate, especially when you were the one who was wronged. We like people who are straightforward, but they’re not. This is my writing wisdom. [Laughs]

Q. In Poster Girl, technology designed for the greater good of society is used for far darker purposes. That sounds familiar.

I write these books about what’s scary about technology, but I love technology and what it can do for us. With Crispr we may be able to cure cancer, but what else will we edit – what will be considered undesirable or defective? This is an amazing, wondrous thing that could save lives, but it can also lead down dark paths. I don’t have the answers to anything, my goal is to ask the questions.

Q. There is an anti-tech movement in the world you are creating. What is your relationship with your smartphone and social media?

I took a big break from social media to write the book. This was six months into the pandemic, before the vaccination, and I kept in touch with everyone through social media, but I just disappeared. I thought it would be harder than it was – it was actually amazing.

I had to go back because it’s part of my job and I’m reasonably good at it, but my relationship with it has changed forever and I don’t feel like checking it out the way I used to.

I carry my smartphone with me, but I don’t like the idea that it’s listening to me. My mum gave me an Amazon Alexa once, but it stayed in the box – I don’t know if they’re listening. Little by little I try to throw away those comforts and make things uncomfortable for myself. We should remember what boredom and frustration are and that it’s okay if something takes three weeks to be delivered. I try to keep myself from just saying, “I’ll check that out” in the middle of a conversation. We used to have arguments about how old a certain actor was and we never got an answer. Now we’re about to get it. But what’s the fun in that? [Laughs]

Q. In the book, a character remarks that people love things that are simple and “sacrifice autonomy and privacy for convenience.” How worried are you about this?

When we talk about privacy, it is about how it is up to the user to opt out of social media. But I don’t think that’s feasible for most people who want to be connected. The responsibility should not rest solely on each person’s shoulders. I’m now thinking about lobbying for more transparency about how our data is shared and used. It’s up to the companies to tell us what they’re doing.

Q. In “Poster Girl” the “Insight” was shot in everyone’s eye, giving people instant access to all sorts of information, but also allowing the government to track everything. Now, after the revolution, some activists are arguing for a return to the Elicit handheld, which will look familiar to most readers. Do you think we will move from our handheld devices to something deployed?

The Elicit is just a smartphone, so that was a bit funny, the idea that society is better off going backwards to this thing you carry around with you all the time. I can imagine a world where people would get this implant, although it would take some effort. People didn’t really like smart glasses because they were clunky and nobody wants to be injected in the eyeball, but with the right marketing and a few people adopting it, things become normal very quickly.

Q. Should Sonya be blamed for being Poster Girl ten years later? There were other teenagers who rebelled, and she was only 16. But as the book begins, she still holds on to her old worldview.

I wasn’t raised to just obey – no surprise to know that – but I know people who were; it depends on how your parents feel about authority. Sonya was conditioned differently than her sister. Every person is formed differently based on how we look and how we grow up, and what people we become depends on how we are treated. An early draft contained a line about being punished for the crime of wanting to be pretty. When will we be held accountable? Is it 16 or 17? I certainly don’t know the answer, but I think back to when I was 16 and all the stupid things I said and thought.

I really believe people can change and I assumed everyone would agree, but now I think it depends on how they feel about a particular person. Think of people in public discourse, where there’s something in their story since they were 16 and people find it and hold onto it no matter what they’ve done since then. There’s something strange about that. If I had kids, I don’t think I would let them use social media until they were adults.

Mining doesn't live up to its own hype

Terayle Hill has no regrets marrying his ex-wife