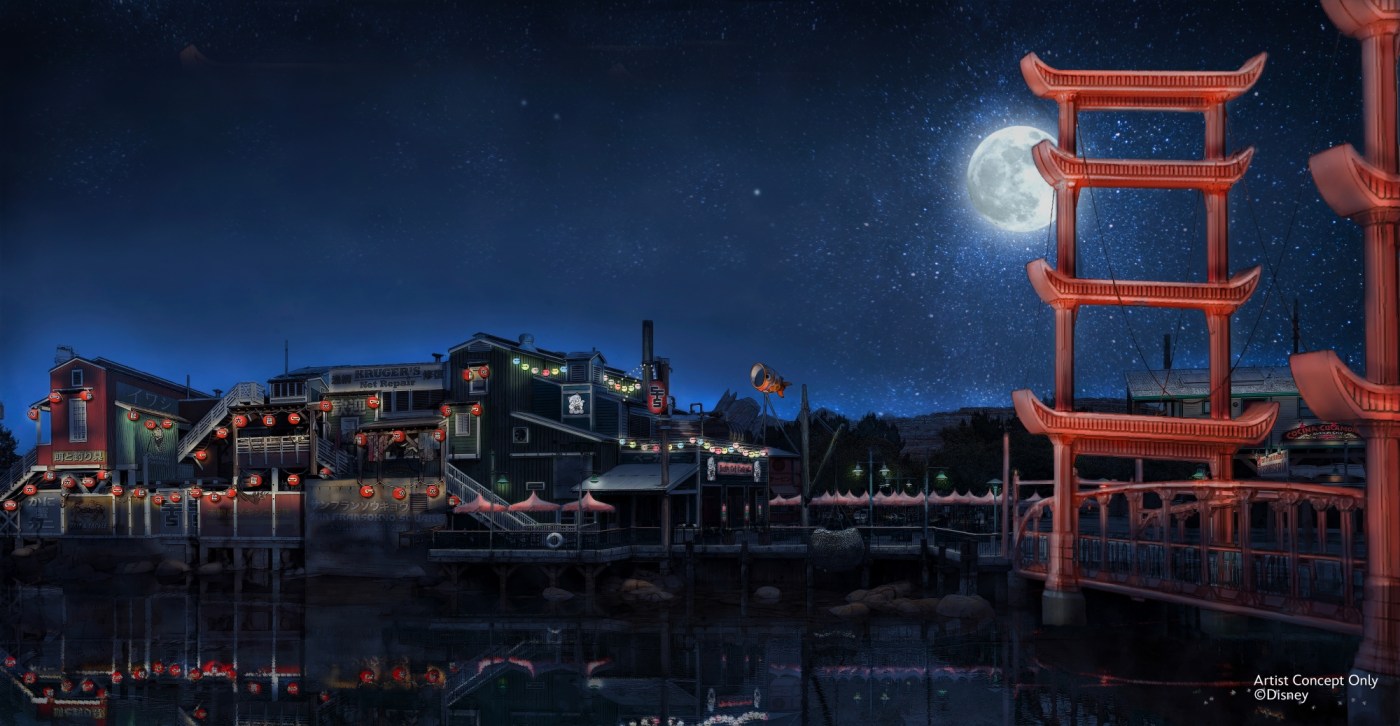 Disney California Adventure’s ambitious transformation of an outdoor food court inspired by a fishing village on California’s Central Coast into the fantasy city of San Fransokyo is finally underway.

SEE ALSO: Disney California Adventure has come a long way in 20 years from a disastrous start

San Fransokyo served as a central location in the 2014 Disney animated film, which took inspiration from San Francisco and Tokyo to create the fictional metropolis.

The concept art of DCA’s Pacific Wharf revamp features a soaring version of San Fransokyo’s Shinto shrine-inspired Golden Gate Bridge spanning the waterway bordering the alfresco dining area. The “Big Hero 6” Torii Gate Bridge commemorates the scaled-down version of the Golden Gate Bridge that once marked the entrance to DCA until a major renovation of the park a decade ago.

For the Pacific Wharf renovation, Walt Disney Imagineering must transform the Monterey Bay-themed land into an architectural crossroads between the San Francisco Bay and Tokyo Bay areas.

DCA’s Pacific Wharf area is themed in homage to the fishing port of Monterey on California’s Central Coast. The Big Hero 6 city of San Fransokyo is a visual blend of both cities with distinctive Japanese and American architecture.

SEE ALSO: How will Disney California Adventure change over the next 20 years?

Visitors can pose for photos at DCA’s San Fransokyo with Baymax, the inflatable medical robot featured in the film. Baymax will also fly over Sleeping Beauty Castle during the new fireworks show, Wondrous Journeys, which debuts January 27 at Disneyland.

The redesign of the Pacific Wharf Food Court — which has remained largely unchanged since DCA opened in 2001 — will infuse the country with more Disney stories and characters while also serving as the base for DCA’s annual Lunar New Year Food Festival.

Stranger Things Vecna ​​Spotify Playlist, these songs can save you