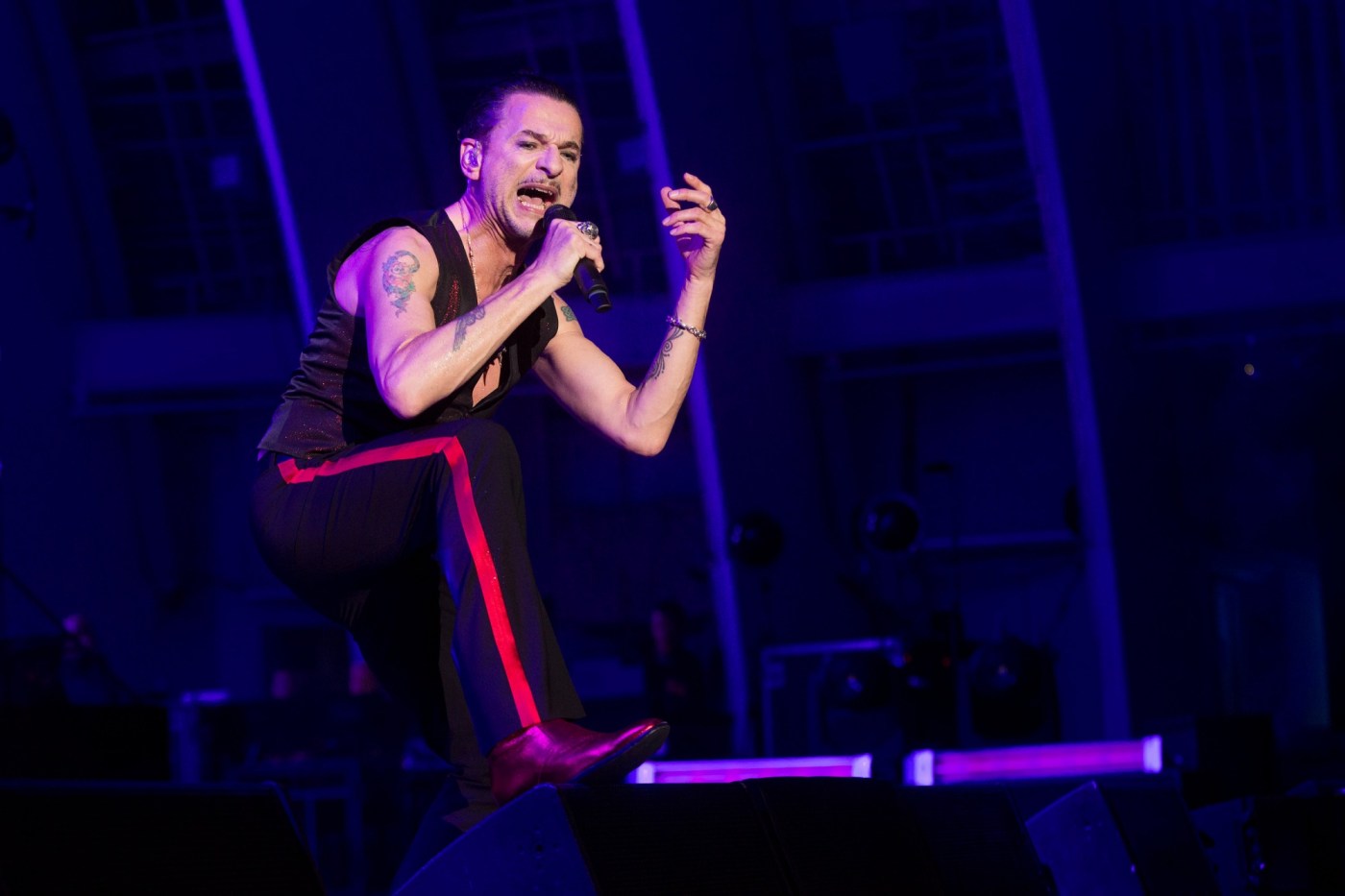 Depeche Mode announced dates for their upcoming tour on Tuesday morning and the North American leg includes a stop at the Kia Forum in Inglewood on March 28th.

The Rock & Roll Hall of Fame class of 2020 inductees also announced that they will be releasing a new album, Memento Mori, in the spring. Tickets for the show go on sale at Ticketmaster.com on Friday, October 7th at 9am.

It’s been five years since the band has been to Southern California. The last tour, the Global Spirit Tour, spent four nights at the Hollywood Bowl in Los Angeles in 2017 and returned to the Honda Center in Anaheim in 2018. This will also be the band’s first tour without key player Andrew “Fletch” Fletcher, who died in May aged 60 after suffering an aortic dissection at his home.

“We started work on this project early in the pandemic, and its themes were directly inspired by the time,” guitarist Martin Gore said in a press release about the new record. “After Fletch’s death, we made the decision to move on because we’re sure that’s what he would have wanted, and that really gave the project extra meaning.”

“Fletch would have loved this album,” added vocalist Dave Gahan. “We’re really looking forward to sharing it with you soon and we can’t wait to bring it to you live at the shows next year.”

Memento Mori is Depeche Mode’s 15th studio album and follows 2017’s Spirit, which reached #1 on the charts. The tour supporting the album was also a success. It was the band’s longest tour to date, spanning 130 shows across Europe and North America, attracting more than 3 million fans, making it one of the highest-grossing tours of the year.

Up to $700 for IL Residents: How to Receive Your Tax Refund Check

The Cauldron is Philadelphia’s magical, fantasy-inspired bar and restaurant