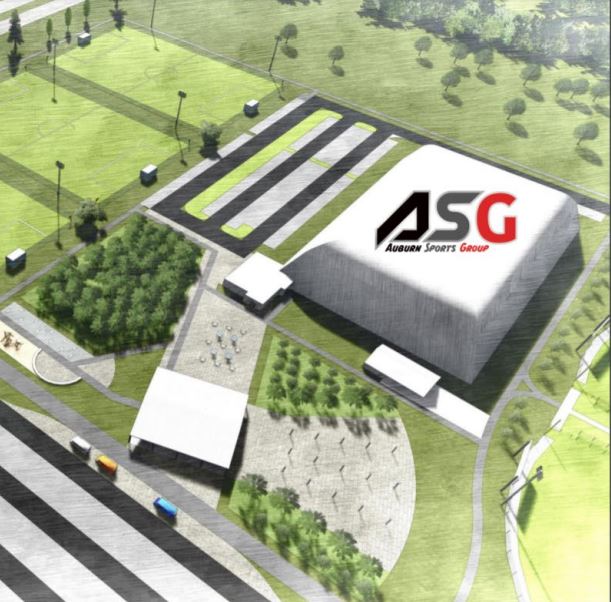 DEKALB COUNTY, Indiana (WANE) – Developers of the proposed Auburn Sports Park have another chance next month to prove they have funding for their project, according to the DeKalb County Economic Development Commission.

The commission met Thursday to discuss a bond approval for Auburn Sports Group, the developers behind what consists of eight volleyball and basketball courts, eight baseball and softball fields, three multipurpose fields, an indoor 7-on-7 soccer field and indoor racquet cages and an outdoor concert hall.


Commissioners tabled a decision on the group’s application for an economic development bond last September amid funding concerns, and the application was resubmitted on Thursday through December 29.

Then the park’s developers will have one last chance to prove they have $64 million in funding, Commission President Mike Watson said.

“We want proof of funding,” Watson said. “It’s part of the development agreement.”

Tim Ehlerding, vice president of customer solutions at FCI Construction, spoke at the meeting on behalf of the sports park developers at Thursday’s meeting and later told WANE TV the group plans to have all the information ready for the December meeting.

He said the group is taking the right steps to raise the money it wants to invest in infrastructure and also that group members believe the commissioners have already been shown a plan to use that money.

“We have what they need, there was just some clarification that they wanted,” Ehlerding said. “We don’t expect any problem and once we have everything closed we will start excavation and demolition as soon as possible.”

The group’s personal finance bonds must pass through the county in order for $18 million in tax increase financing (TIF) dollars to be returned to the group to repay a portion of the bonds.

For infrastructure construction at the park, which is expected to be located at County Road 11A, Auburn Sports Group is requiring the use of 74 percent of new property tax revenue generated solely from investment in the park property and capping that use up to 18 years, according to a handout that Ehlerding gave to commissioners.

The remaining 26 percent of the new property taxes, which will grow to 100 percent of property tax revenues after 18 years, “will be directed to the county to improve the lives of DeKalb County citizens,” the handout said.

According to the handout, the group is calling for the $18 million in economic development bond proceeds to be limited to infrastructure improvements, including roads, utilities, lighting, stormwater, grading, parking and traffic control.

“In no way is the ASP team asking current DeKalb County taxpayers to undertake or fund any part of this project,” Ehlerding’s handout said.

The developers wrote in the handout that 300 new jobs will be created and that the project will bring 100,000 new visitors along with about $15 million in new money from outside the county.

Still, the commissioners said the group only provided a “letter of interest,” which they didn’t consider an obligation to approve the loan.

The sports complex could bring more development to the Auburn area


“I don’t think it rises to the level of a statement of intent,” Watson said of what the group provided. “From the point of view of the business development attorney, it is not enough to fulfill the subsidy contract.”

“We did our best to give them every opportunity to fulfill their side of the agreement,” Watson continued.

He called the December 29 meeting the group’s “final opportunity” to provide proof of funding.

Military plane returns to Midway after hitting a bird

Police, friends search for missing man last seen in GR: ‘We just want him at home’

The Feds are restoring billions of dollars in suspended payments to Texas hospitals, but the fight for uninsured care continues