Despite the Brooklyn Nets’ recent struggles, ESPN’s Stephen A. Smith has refused to write them off because of the presence of Kevin Durant and Kyrie Irving on their roster.

For most of the season, the Nets’ primary concern was their defense. Offensively, they continue to be one of the best teams in the NBA, all thanks to the skills of Durant and Irving at that end of the stage.

Smith believes Brooklyn’s offensive firepower is enough to win games, especially with Durant and Irving taking the lead. Here’s what he had to say on ESPN’s NBA Countdown show:

“Do you have the Nets as favorites, or should you? Absolutely not, I totally get that. But I’m just saying they can beat whoever is the favourite. I can promise you that. Because if you have KD and Kyrie, sorry, defense wins championships but offense wins games.” 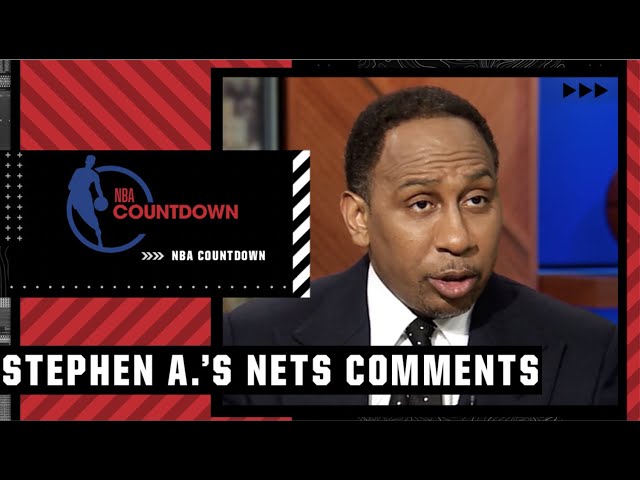 With four losses in their last seven games, the Brooklyn Nets have slipped to 10th place in the Eastern Conference.

You’ve secured a play-in tournament spot. However, if they fail to move up the table, Brooklyn will need to win back-to-back knockout games to claim the last playoff spot in the Eastern Conference.

Can Kevin Durant and Kyrie Irving lead the Brooklyn Nets to an NBA Finals berth?

The Brooklyn Nets have two former NBA champions, Kevin Durant and Kyrie Irving, as lead players. It’s a luxury very few franchises enjoy, and it’s the main reason the Nets are among the favorites to win the Eastern Conference.

Both players have the potential to turn a game on its head single-handedly. Their talent is almost unparalleled, giving them a solid chance against any rival in a seven-game streak.

Ultimately, however, basketball is a team sport, and postseason basketball requires teams to be sharp on defense as well.

Right now, Brooklyn isn’t among the best two-way teams in the league. Despite the presence of Durant and Irving, securing a spot in the NBA Finals will be a difficult task for the New York-based franchise.

The Nets’ best shot at making an appearance in the NBA Finals is if they can have Ben Simmons back soon and in good health. His defensive skills can make a real difference compared to other competing teams.

However, Simmons hasn’t played in nearly 10 months and has been struggling with a nagging back injury since joining the Brooklyn Nets.

Even if he returns, his level of play will be uncertain due to the time he missed after the 2021 NBA Playoffs.