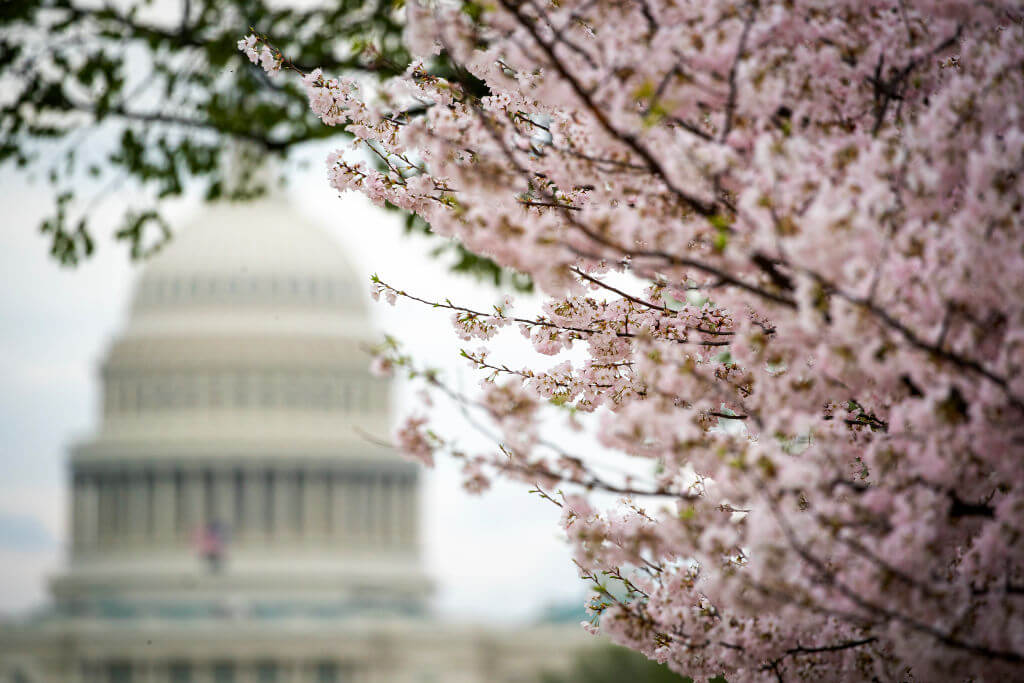 Seven years after the idea was first discussed, DC United are finally getting a cherry blossom kit.

It’s news that’s sure to please a broad swath of the club’s fanbase, who have been clamoring for the concept for years. United fans have watched as other DC-based pro teams like the NBA’s Washington Wizards and MLB’s Washington Nationals unveiled their own uniforms celebrating the district’s iconic pink flowers. Even independent kit makers got in on the action, creating United-related designs that helped further whet the appetites of the club’s supporters.

The collaboration with Nike is the first unified campaign between MLB and NBA teams from the same market. pic.twitter.com/Wd83lgkN7f

The kit has been described as a mainly white shirt with pink sleeves and a pink round collar by multiple sources who have seen it. It features cherry blossom accents – petals and branches – on the half of the front of the jersey and also black accents. A small black band on the sides of the shirt features a series of slogans.

Another source described it as “completely different” in design from any other cherry blossom-themed t-shirt that DC’s other pro teams have released in recent years.

The design of United’s new away kit was solidified early last year, and United already had some first copies of the kits this spring, which were used for a promotional shoot during DC’s cherry blossom season in Tidal Basin. The club started receiving their larger stock of kits this week.

Reaction from those who saw the kit was mixed, with some sources praising it as “legitimate” and “much better than expected”. Another lamented that the club had not pushed further to come up with a bolder design, a common complaint voiced by almost all clubs in the league. It’s unclear how much control United really had during the design process – as discussed in previous design cycles, this balance varies from club to club and can often leave Adidas much more leverage than the club.

A spokesperson for DC United declined to comment on the club’s upcoming kit.

Back in 2016, some of the club’s employees at the time pushed for the cherry blossom kit. A pair of discarded concepts for the club’s 2019 design cycle were published by the athlete in the same season. At the time, the design was rejected by club officials as some felt the pink and white motif was too far removed from the club’s black and red identity. Around the world, many other clubs – Barcelona, ​​Manchester United, Everton, Juventus and Real Madrid to name a few – have experimented with pink kits with varying degrees of success. In MLS, Inter Miami’s home kit is almost entirely pink, while the away kit features pink lettering, numbers and accents.

Some at the club, a source said on Wednesday, would have preferred to release the cherry blossom-inspired design as the third kit, something that may have inspired the kit’s designers to think a little more creatively. However, United don’t have that option; Adidas only allows a third kit for a handful of MLS clubs that meet certain sales metrics, sources have said in the past, and United is not one of them.

Other American football clubs have experimented with using a floral print. Just last year, the Portland Timbers used a rose print, as did the NWSL’s Portland Thorns. Racing Louisville FC introduced a kit covered with lily flowers in 2021.

Yes I am. You may be wondering how I got here.

Nikola Jovic a Heat exception? International Intrigue – A wild ride across the 35 seasons of the franchise – Orange County Register