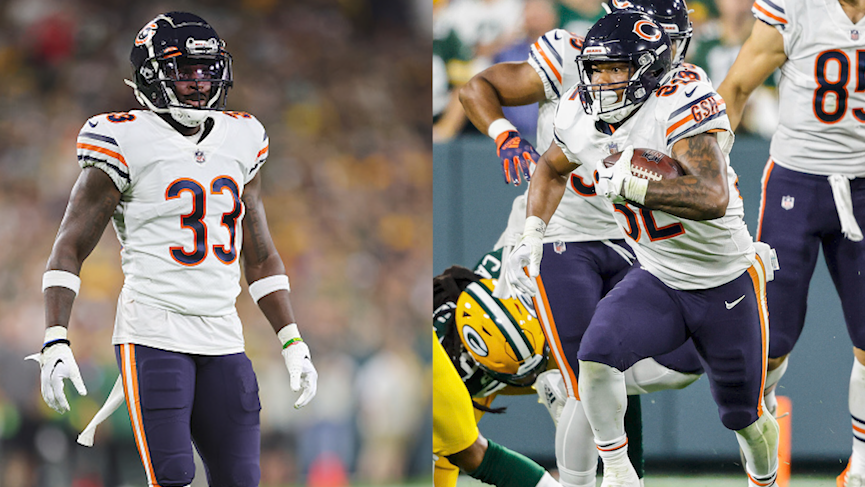 LAKE FOREST — As they seek their third win of the season, the Bears will be without two of their starters in the lineup.

It will essentially be the second straight week that the running back and cornerback will be out.

In their Friday injury report, the Bears ruled out both David Montgomery and Jaylon Johnson for Sunday afternoon’s game against the Giants at MetLife Stadium. Defensive defender Dane Cruikshank is also out as he misses for the second straight week with a hamstring injury.

Linebacker Matt Adams (hamstrings) and tight end Ryan Griffin (Achilles) are both listed as doubtful for the contest after each player was eliminated in defeating the Texans.

Among those who are questionable is Velus Jones Jr., who is out of action this season with a hamstring injury as he may get closer to making his NFL debut. Defensive Robert Quinn is also in doubt for an illness, while kicker Cairo Santos is out due to a personal matter.

Johnson has been out for a second full game in a row after suffering a quad injury in practice before the Texans’ game. He’s had four tackles and one forced fumble in two games this season as opponents haven’t targeted him as much, opting to throw to the side of rookie cornerback Kyler Gordon more often.

Montgomery only had three carries before injuring his knee and ankle against the Texans and never returning. This came after he played arguably the best game of his NFL career when he rushed for 122 yards for 15 carries against the Packers at Lambeau Field.