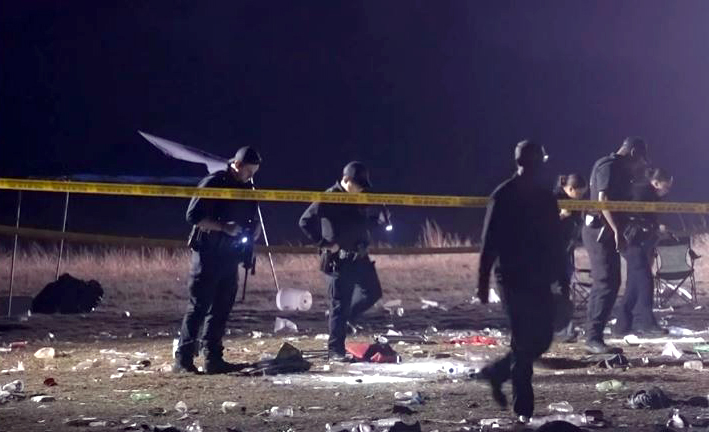 DALLAS — One person was killed and 11 others injured in a shooting at an outdoor concert in Dallas, police said.

Around 12:13 a.m. Sunday, officers responded at a field in southeast Dallas where a concert was being held, police said in a statement.

Near the concert stage, police found Kealon Dejuane Gilmore lying on the ground with a gunshot wound to the head. Gilmore, 26, died at the scene.

Lulu Smith, who attended the concert with her daughter, said WFAA-TV that it was part of a trail ride event where people drove their 4x4s, sat in the backs of trucks and marched through the property before ending on the main stage for a concert.

Witnesses told the TV station the shooting happened after a brawl broke out.

“Everyone ran,” Smith said. “It was so crowded here that you couldn’t get in or out. When I got to my car, someone shot. I rolled down my window and heard (gunshots).”

No arrests were made as police continue to investigate what sparked the shooting.

In a statement, Dallas Mayor Eric Johnson called the shooting “horrifying and unacceptable.”

“Public safety remains our top priority and I will be consulting with Police Commissioner Eddie Garcia to see what else can be done to stop this type of violence in our city,” Johnson said.

The Saturday night shooting took place two weeks after 10 people were shot on March 19 during a spring break party at a Dallas venue.

How the US is expanding aid to Ukrainian refugees