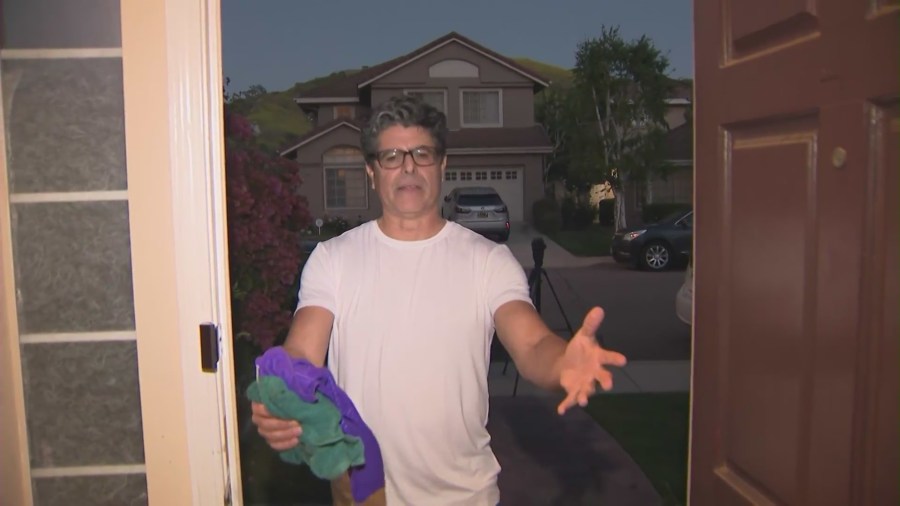 The first burglar was just at his front door and after a confrontation, the thief ran to a waiting car.

But then the second burglar stumbled down Mercado’s stairs, his hands full of jewelry and electronics.

“I just didn’t give him a chance, just hit him because first of all I don’t know if he has a gun, a knife, any kind of weapon, right? You just don’t know Your mind is going crazy,” Mercado said.

That suspect, 43-year-old Alexis Provoste, is now in custody for two felonies. He is being held in Ventura County’s main jail on $250,000 bail and is scheduled to appear in court Tuesday, according to jail records.

Provoste, who has sustained multiple facial fractures, is part of what the Ventura County Sheriff’s Office calls a Chilean burglary ring.

“Typically, they screen neighborhoods ahead of time and look for ways to get in and out,” Deputy Ashley Barrios said.

The investigators call it criminal tourism. The crooks apply for visas online, then typically fly to LAX and target homeowners.

Luckily for the Mercados in Oak Park, Sal Mercado was able to hold down the second burglar until emergency services arrived.

“Our neighbors were all out, I called ‘911’, my glasses flew off … The only thing I didn’t think about was that the getaway car drove away at that point,” he said.

MPs took him to prison after a hospital stay to be treated for his injuries.

"The Least Surprising Revelation of the Millennium"

Skelton: California gun laws are irrelevant if they are not enforced