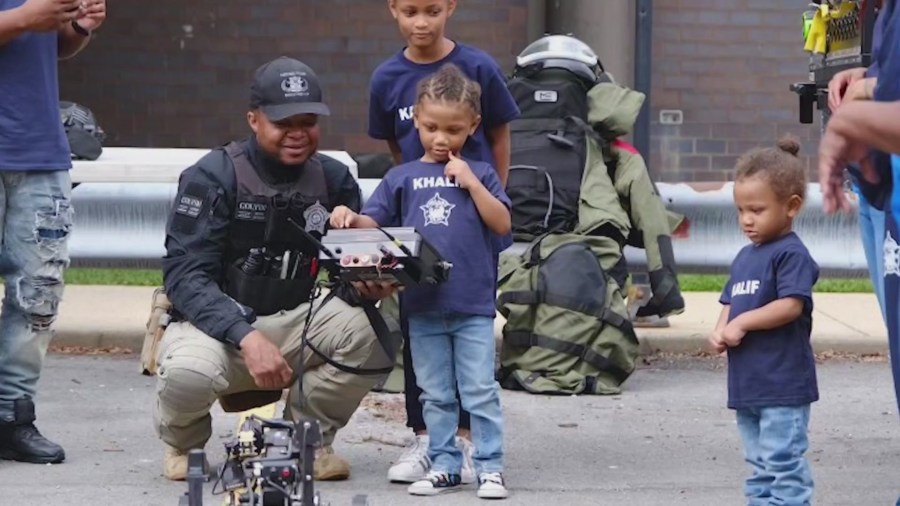 CHICAGO – The Chicago Police Department helped a 4-year-old realize his lifelong dream of one day becoming a police officer.

The 4-year-old, a boy named Khalil, was able to spend the day with the force thanks to the Make-A-Wish Foundation, the CPD Detail Unit and the CPD Police Academy.

“He gets blood transfusions once a month to minimize a stroke,” said Tasha Parker-Hill, Khalil’s mother.

“Every girl is a CEO”: The mentoring program aims to help girls realize their dreams of craftsmanship


Khalil was given a behind-the-scenes tour of what it’s like to be a police officer, including a police escort to the academy and a uniform made especially for him.

“He’s obsessed with the police,” Parker-Hill said. “For example, if we’re in the car and he sees the police, he’ll say: “Police, police!”“

Khalil’s mother and father said that after a day of police work, Khalil is likely to get back home after watching police videos to become the best officer he can be.

When will the Social Security Administration announce the 2023 COLA increase?

Astros vs. Yankees ALCS 2022: Recap of the bad blood story between Houston and New York