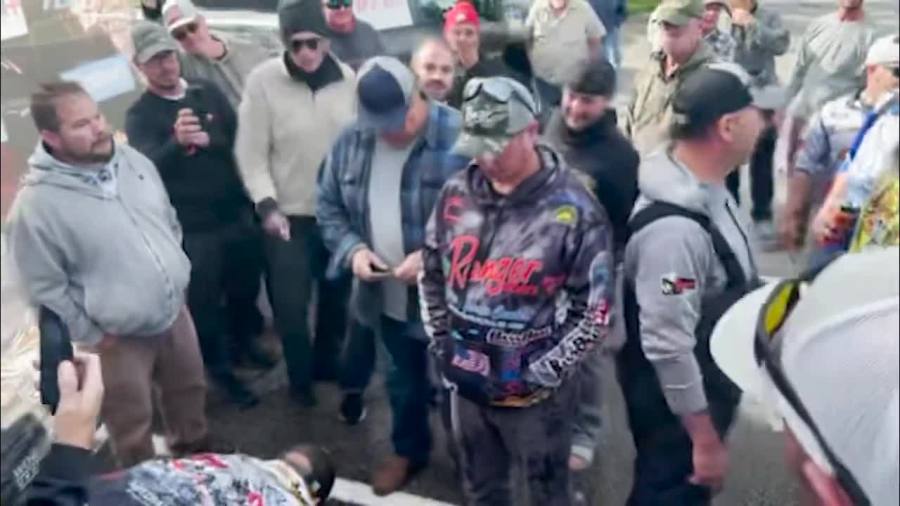 CLEVELAND (WJW) — The world of competitive fishing, where anglers compete for money and prizes, has been rocked by a cheating scandal that unfolded at a tournament in Cleveland on Saturday.

The tournament to crown the best walleye fishermen on Lake Erie took a scandalous turn when the local tournament director realized that the two fishermen thought the team to be beaten was over the top by stuffing the fish with lead and then padding the inside of the walleye with fillets , which prevents the judges from discovering the extra weight.

Cleveland fisherman John Stewart witnessed the scammers being caught in the act.

“That was the shocking part, like, ‘Oh wow, you really did that.’ Like, it was just so blatant. It was like they didn’t care about anything in the world,” Stewart said.


Other participants in the final Lake Erie Walleye Trail event at Cleveland’s Gordon Park angrily confronted one of the suspects, Jake Runyan of Cleveland, while his partner Chase Cominsky of Hermitage, Pennsylvania, quickly retreated to his truck and locked the doors.

In recent years, the couple have won a number of fishing tournaments with both cash prizes and big prizes, including a fishing boat, in what some believed to be the most incredible winning streak of all time on Lake Erie. The Toledo Blade reports that the pair took first place in three Lake Erie Walleye Trail events this year, pocketing tens of thousands of dollars in addition to prizes from other competitions.

“They won a lot, they made money. They lived life you know? And a lot of us got into it because they won so much,” said John Stewart.

The tournament director was immediately suspicious of the weight of the fish for their size and then felt something hard in their bellies.

That’s when he decided to cut open the fish and discovered the hidden weights.

Runyan and Cominsky were recently interviewed for an online fishing show hosted by Stewart.

When asked about her incredible winning streak ahead of the Cleveland event, Runyan said on camera, “We’ve won three LEWT tournaments in a row: Lorain, Ashtabula and Geneva. I don’t want to sound arrogant or overbearing but I am confident that we will do well in this championship because that is what we do, winners win.”


Stewart says the idea of ​​creating a sure thing to win money and prizes turned out to be a whale-of-a-fish story that sank Runyan and Cominsky’s fishing fortunes.

“Oh, I think this will go down in history. No one in the sport of fishing has ever been caught this way in my life. They should definitely never be allowed to compete again,” Stewart said.

Many competitive fishermen ask how many times the suspects may have cheated, how much they won cheating, and whether it can be proven in court. So far, however, no criminal charges have been filed against the two fishermen.