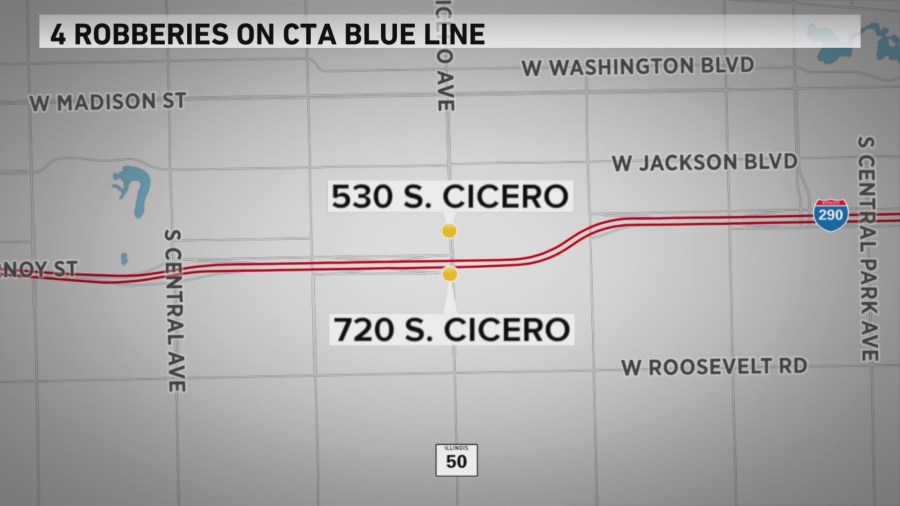 CHICAGO — Four attacks were reported on the CTA Blue Line between October 22 and November 2, prompting Chicago police to alert West Side residents.


In all incidents, police say, the suspect approaches the victim, points a gun, and demands property.

In one instance, the suspect forcibly removed a victim’s cell phone. In another incident, the suspect threatened to shoot the victim before running away.

Police did not provide a picture of the suspect.

https://wgntv.com/news/chicagocrime/community-alert-issued-after-series-of-robberies-on-cta-blue-line/ Community alert following a series of robberies on the CTA Blue Line

Boy, 15, critical after being shot on Englewood porch

Amir Locke, police reform and the future of bans