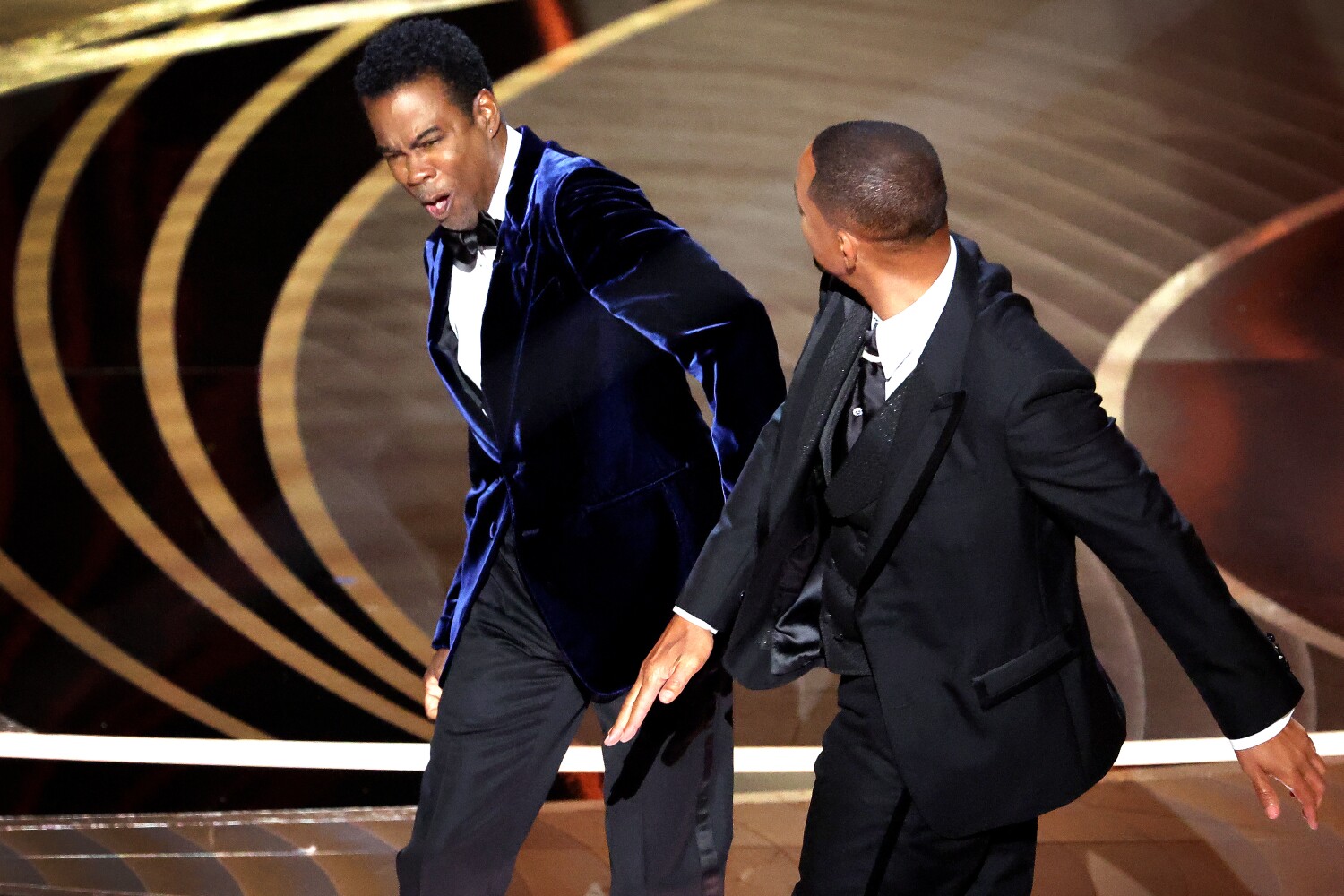 Like many people on Oscars night, Kenny Rock watched what happened to his brother Chris Rock through a video posted on social media. Before watching it, he thought the scene where actor Will Smith hits his brother might be staged. But when he saw the video and heard Smith curse, he knew it was real.

“It gnaws at me to watch it over and over again because you’ve seen a loved one being attacked and there’s nothing you can do about it,” Kenny Rock told the Times in an interview. “Every time I watch the videos it’s like a replay going on over and over in my head. My brother wasn’t a threat to him and you just didn’t have any respect for him at that moment. They just belittled him in front of millions of people watching the show.”

After the incident, Kenny Rock said he wanted the Academy of Motion Picture Arts and Sciences to take disciplinary action against Smith, including withdrawing his leading actor’s Oscar for his performance in “King Richard,” and barring him from future Oscars.

Smith has come under increasing scrutiny since the extraordinary confrontation on March 27 during the 94th Annual Academy Awards at the Dolby Theater in Los Angeles.

After Rock made a joke while comparing Smith’s wife Jada Pinkett Smith’s hairdo to Demi Moore’s buzzcut in the 1997 film GI Jane, Smith got up, took the stage and slapped Rock in the face.

Some have called the joke insensitive because Pinkett Smith has spoken out about her struggles with hair loss caused by alopecia.

But Kenny Rock, an actor and entrepreneur, said he didn’t think his brother knew Pinkett Smith had alopecia.

“The joke was funny,” said Kenny Rock. “It wasn’t hilariously funny, but I know if he knew she had alopecia … he wouldn’t be joking about it. But he didn’t know.”

Another person close to Rock, who was not authorized to comment, also said the comedian was unaware that Pinkett Smith was suffering from alopecia prior to the slapping incident.

After beating Rock, Smith stayed at the ceremony and accepted his leading man Oscar less than an hour later. During his acceptance speech, Smith tearfully apologized to the Academy and his fellow candidates for his actions, but not to Rock.

“I might have seen it differently if he had initially apologized when he came on stage and cried and accepted the award, but he didn’t, so that’s what tells me it’s different,” he said Kenny Rock.

Just days after the ceremony, in a letter of resignation to the Academy, Smith publicly included Rock and his family in his apology.

Kenny Rock says he does not accept Smith’s apology and that, to his knowledge, Smith has not personally contacted him or his family.

“No, I don’t accept it because I don’t think it was real,” Kenny Rock said. “I think his publicist and the people who work under him probably advised him to do it.”

Smith’s publicist did not immediately respond to a request for comment.

The 42-year-old actor is one of Chris Rock’s six siblings. Some of them have gotten behind their brother, either by speaking out about what happened or through their reactions on social media. Last week, comedian Tony Rock also tweeted that he didn’t accept Smith’s apology.

Kenny Rock said he first heard about the slapping incident while riding the A train in Brooklyn. His friend tried to reach him to ask where he was and if he saw what happened, but the signal on the train was not clear.

Since then, he has seen the video of the slap more than 20 times.

Kenny Rock said Smith and his brother had known each other since the late ’80s or early ’90s and he thought they had a “pretty good relationship” before the slapping incident.

Younger Rock said he felt the academy should have removed Smith from the Oscars immediately.

“He should have been escorted from there,” he said. “I blame her for that. He could have gone up there and done anything you wanted to my brother. It could have been a lot worse than what he did.”

The Academy declined to comment on Kenny Rock’s comments.

The organization plans to continue a disciplinary hearing against Smith on April 18 for violating its standards of conduct. The academy has apologized to Chris Rock, her nominees, guests and viewers, saying they asked Smith to leave the ceremony.

“Mr. Smith’s actions at the 94th Oscars were a deeply shocking, traumatic event to witness in person and on television,” the Academy said.

It is unclear what disciplinary action will be taken against Smith. Whoopi Goldberg, one of the Academy’s governors, said on talk show The View, “We’re not going to take that Oscar away from him.”

“He made my brother small. He had no respect for him,” said Kenny Rock. “In my opinion, he disgraced himself and his legacy.”

Two seriously injured in a shooting at Seguin, police say