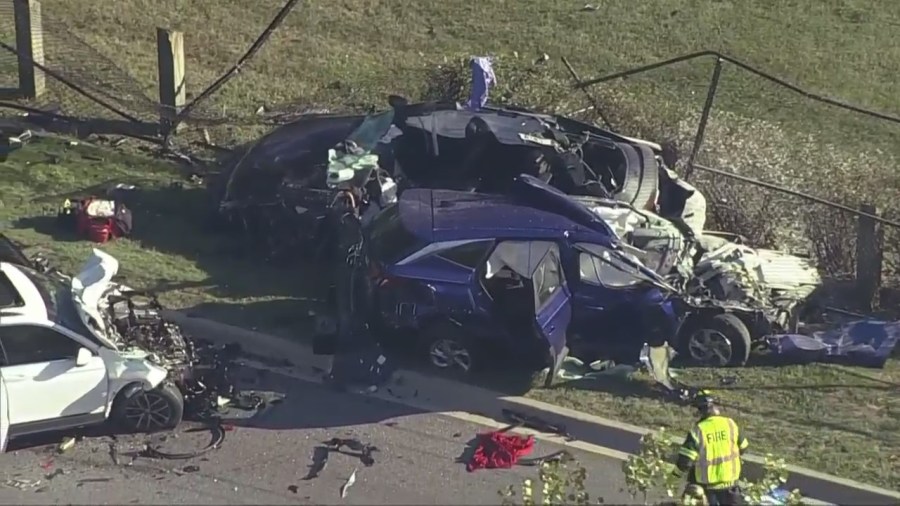 Joseph P. Mankiewicz was pronounced dead at the scene following the accident on Ogden Avenue
between Harvey Avenue and Clausen Avenue.

Mankiewicz was the driver of an Audi A7, police say, although they have yet to disclose the events leading up to the fatal crash. Neighbors told WGN News Thursday that a car ran over a pickup truck, causing the motor vehicle to spin out of control and hit other cars.

Three other adults were injured in the accident. Two were taken to a local hospital in serious condition, and another in stable condition.


“I’ve been involved in motorsport my whole life. I’ve seen a lot of racewrecks and this rivals some of the worst I’ve ever seen,” Western Springs resident Jim Sikora told WGN News.

An investigation is ongoing, police added.

Anyone with information about the crash should call the Western Springs Police Department Detective Division at (708) 246-1800, extension 159 or 160.

Florida man rescued after boat got stuck in mangroves

Russia Operations: Russia says it will scale back operations near Ukraine’s capital

Where to see the 4th of July fireworks in central Pennsylvania, 2022