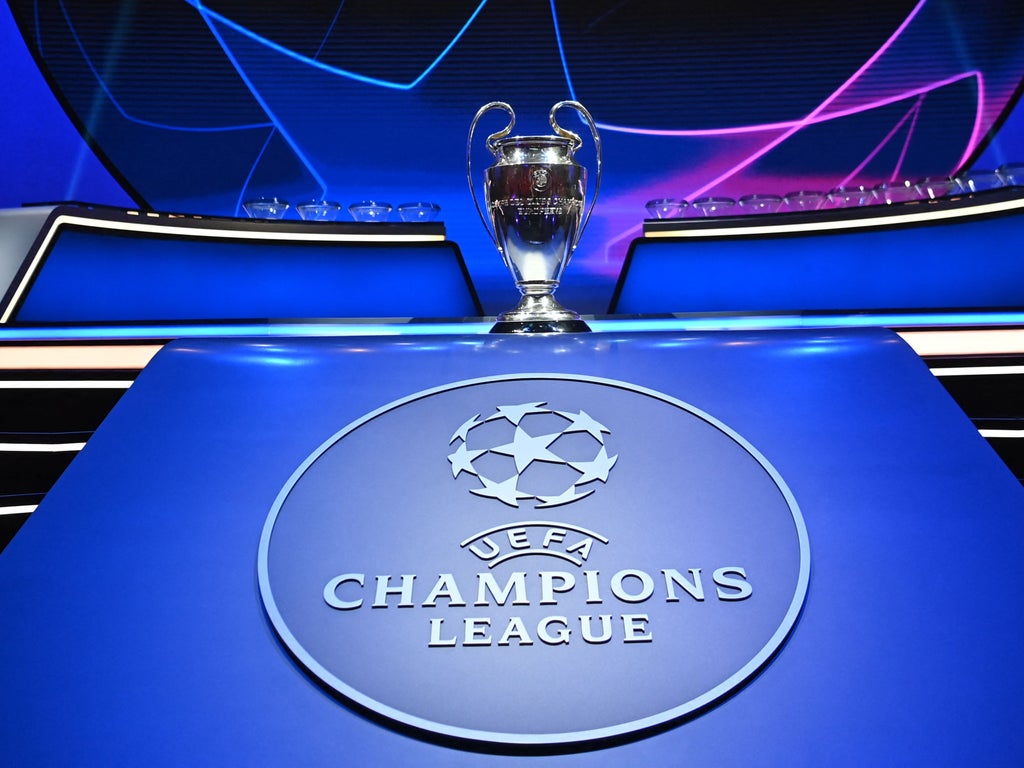 From that point on, it’s a completely open draw as the Uefa Champions League reaches the round of eight: any team can play any other, even those from the same nation.

That means each of the three Premier League sides left in the competition – Chelsea, Manchester City and Liverpool – could form a pair in the quarter-finals or know they will have to face each other in the semi-finals.

Both rounds of play will be arranged in this draw as teams learn the path they must take to glory in Paris, which will now host the final in place of St. Petersburg.

Last year it was Chelsea and City who reached the final, the former winners, but several European heavyweights remain in contention, including Bayern Munich and Real Madrid, who beat star-studded – but rather unpredictable – PSG in the round of 16.

Here’s everything you need to know ahead of the draw.

When and where does the Champions League quarter-final and semi-final draw take place?

The draw for the remainder of the 2021/22 Champions League will take place on Friday 18 March at 11:00 GMT at the Uefa headquarters, the home of European football, in Nyon, Switzerland.

Uefa.com will provide a live stream of the proceedings in Switzerland.

Which clubs are taking part in the draw?

The eight winners of the last 16 of the Champions League have advanced to the quarter-finals:

What are the chances of each team to win the Champions League?

When do the Quarter and Semi-Finals of the Champions League take place?

When is the Champions League final?

The Champions League final will take place on Saturday 28 May at the Stade de France in Paris.

Four homers, including back-to-back over the new left field wall, propel Orioles to a 9-2 win over Mariners – Orange County Register

DJ LeMahieu back in lineup after fear of injury; Joey Gallo drops to No. 9 – Orange County Register