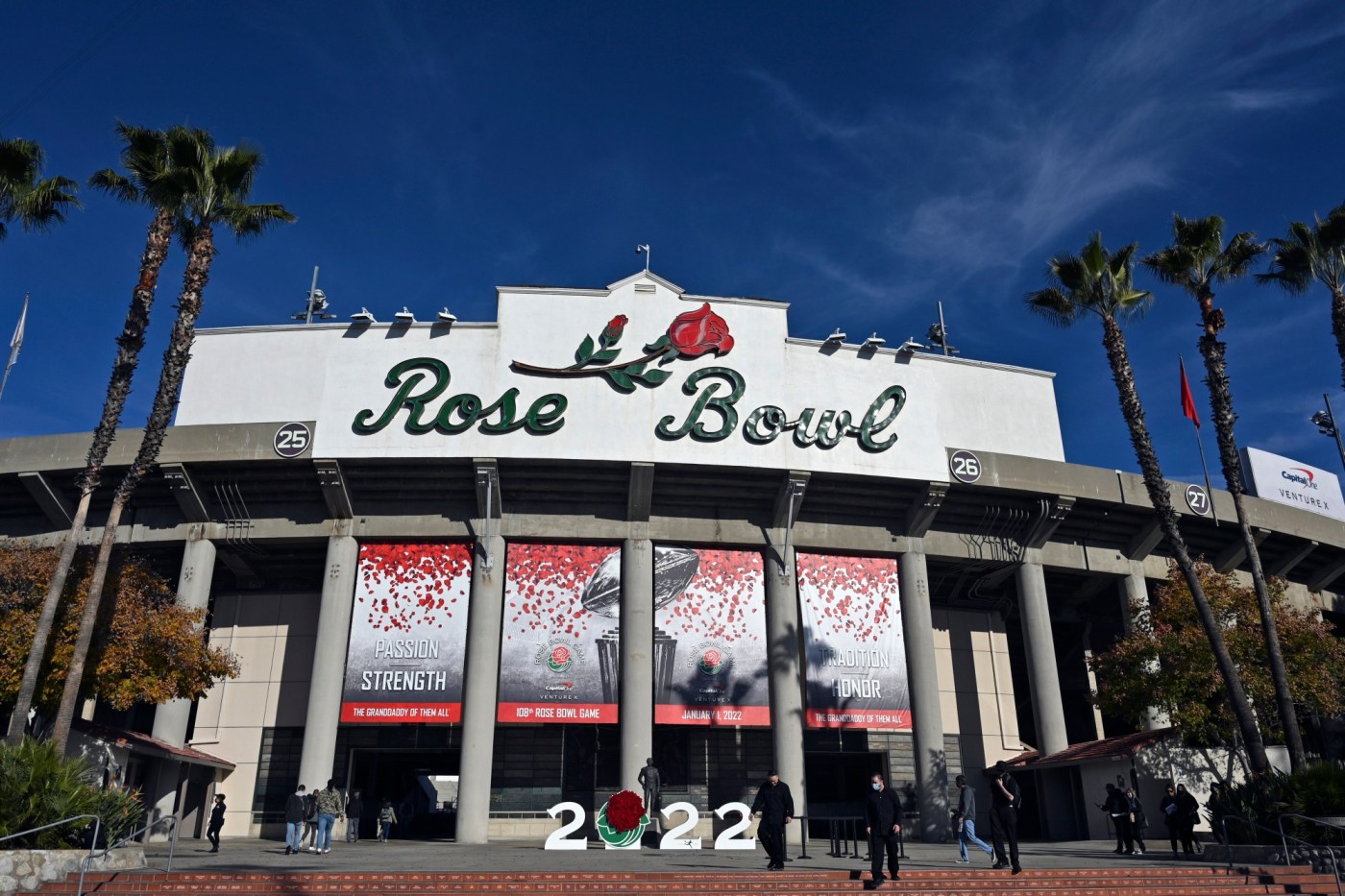 LOS ANGELES — The Tournament of Roses Committee and those throughout Southern California who revere the traditions of the Rose Bowl can breathe a sigh of relief.

“Every game we play in Pasadena, we want to have it at 2:00 a.m. Pacific time on New Year’s Day,” Hancock told me this week during a wide-ranging call at a downtown LA hotel to discuss the playoffs and how they’re progressing .

The Rose Bowl will host a CFP semifinal game on January 1, 2024, the final year of the four-team playoffs. Beginning at the end of the 2024 season, when the 12-team playoffs will be conducted with the six top conference champions and six teams at large, Hancock said the first round will be held on the third weekend of December, hosted by higher-seeded teams.

The quarterfinals and semifinals will be played at bowl locations for at least seasons 24 and 25. Three quarterfinals are likely to take place on New Year’s Day and the fourth on either December 31 or January 2, the semifinals a week later and the league game on Martin Luther King Day.

“We always wanted the Rose Bowl to be there,” he said earlier in the conversation. “And it’s a two-step process. The first step was to align 2024 and 2025, which is what we have done now. And then the next step will be to deploy ’26 and beyond, which we haven’t done yet. But we’re excited that the Rose Bowl is still a part of the College Football Playoffs, and we really hope it stays that way for a long time to come.”

A clue as to why adding the Rose Bowl to the CFP is really a no-brainer? Monday’s TV rating for the Utah-Penn State matchup in Pasadena was the lowest-ever for a Rose Bowl game…but at 10.2 million, it was also the highest-rated non-CFP game of the current postseason. Give Pasadena its traditional tee time and a championship-impacting game, and see what happens to that number.

There is, of course, a more immediate championship game to look forward to. Georgia and TCU will play for this season’s national championship at SoFi Stadium on Monday night, and there are suspicions that the Stan Kroenke-built building will become a fixture of the CFP rotation, much as it seems destined to be , to be a permanent part of the Super Bowl rotation.

Monday’s game and related community events suggest the collegiate championship apparatus modeled its championship week on the NFL, with a fan fest (Playoff Fan Central at the LA Convention Center), free concerts at the Banc of California Stadium (the Jonas Brothers on Saturday and Pitbull on Sunday) and the traditional on-site media day with players and coaches (Saturday).

LA, and the Kroenke people in particular, got in touch early to express their interest in hosting this game and invited Hancock to tour the site at the time.

“I came out, put on a hard hat, walked around, feet in the mud, and you could probably imagine what the magic would be like,” he said. “They showed us a lot of photos and renderings.

“But I’m telling you, I had no idea how amazing the stadium was going to be with the hard hat in the mud that day. I’m so glad we decided to come here. Frankly, it is a world-class facility and a world-class city.”

And part of the experience, he added, was giving college players the experience of playing in an NFL building, especially those who will never get to the next level.

But there’s a catch.

In this iteration of the process to determine a national champion that began with the 2014 season, only two of the 36 competitors came from the Pac-12—Oregon in 2014 and Washington in 2016. More commonly, it was a closed shop, with 11 teams by the SEC, eight by the Big Ten, and seven by the ACC.

There was almost a third Pac-12 team to make the semifinals before USC collapsed in their conference championship game against Utah last month, but you get the point.

And no, we haven’t forgotten that in two seasons this will be the land of the Big Ten.

The push for expansion and inclusion dates back to January 2019, when “members of our board … told the conference commissioners that we really want to see more teams in the playoffs,” Hancock said. “And so the commissioners got to work.”

Unsurprisingly, COVID-19 has thrown a wrench at work. Hancock said a 12-team playoff might have been initiated sooner had it not been for the pandemic. For example, in September, the CFP’s Committee of University Presidents voted for an expansion beginning in 2026, concurrent with a new media rights treaty, and then asked the Board of Conference Commissioners to explore expanding the scope sooner. That decision to start in 2024 was finalized in November.

Expanding the playoffs should help even out regional imbalances, just as it can provide opportunities for Group of Five schools to fill the Cinderella role we see so often in March Madness. Only one of those programs ever made the four-team playoffs last season, Cincinnati, but a conference winner from that group will be guaranteed a spot in the 2024 season.

(On the other hand, TCU would likely qualify as a Cinderella contestant Monday night, a double-digit underdog for Georgia.)

I asked Hancock how important it is to make sure all regions have a chance, not just a few.

“It’s extremely important,” he said. “College football needs to be alive from coast to coast. And I’m very happy for my friends in the Pac-12 for the regular season success. My goodness, what a season they had. Just step back and look at the quarterbacks. Wow!

“So I’m very happy for them. But college football really is a national sport. And one thing of expansion will be to attract teams from all parts of the country.”

That means more parts of the country will see these games on TV. And the media rights negotiations for the next bidding years, starting in the 2026 season, will almost certainly be huge.

Hancock said ESPN was “not at all influential” in the expansion decision, which is not to say they were disinterested.

“The fact is, their contract is to televise a four-team event and bowl games,” he said. “And they are happy with this contract. But they were happy when we went up to them and said, ‘We’re going to expand. Will you be interested?’”

ESPN has first refusal to the four first-round games next year and the year after. And 2026?

“We all start from scratch,” he says. He wouldn’t speculate on the possible numbers, saying those who threw out numbers “don’t know. Nobody knows.”

But if you have to guess, guess big. After all, it’s college football with an appeal that only another sport can match. (Hint: It’s the one who ultimately welcomes all of these college stars to their league.)

“The NFL is the NFL,” Hancock said. “But there’s nothing like the passion and drama of college football. That’s what people will experience here this weekend.”

The Rangers have a second-line problem and not many solutions

Letters to the Sport: There are no winners in the MLB labor dispute