Centrica risked fueling further controversy over energy companies benefiting from high wholesale gas and electricity prices as it launched a £250m share buyback, its first since 2014.

The energy group behind British Gas said on Thursday that the robust performances of its power generation assets, the gas it sells from fields in Britain’s North Sea and its energy trading arm meant its full-year profit would likely come in at the higher end of analysts’ expectations .

Analysts had forecast earnings per share of between 15.1 and 26 pence for Centrica.

National Grid said it had 325 million in short-term loans in October amid the Gilts crisis. The loans would give systems additional time to liquidate assets “in an efficient manner to restore their significant liquidity buffers,” the company said.

The UK government has been urged by opposition politicians to increase windfall taxes on energy companies benefiting from record wholesale gas and electricity prices as UK households grapple with the cost of living crisis. Higher earnings forecasts from Centrica and National Grid follow a string of record third-quarter earnings in recent weeks from oil and gas producers including BP and Shell.

Centrica is in a particularly difficult position as it produces electricity and gas but is also Britain’s biggest supplier to households, which are facing the biggest loss of income in a generation due to higher energy bills. The company controversially resumed dividend payments this year for the first time since 2020.

It announced on Thursday that it would buy back up to 5 per cent of its issued share capital over the next 3 to 4 months at an expected cost of around £250m.

Centrica recognized the “challenging environment many people face” as they struggle with high energy bills. It said it would set aside a further £25million to help customers this year, on top of the £25million already pledged.

National Grid’s findings were supported by a number of factors, including contributions from a new subsea power trading cable between the UK and Norway that opened in 2021. National Grid now forecasts earnings per share growth of 6 to 8 percent; It had previously said earnings would be “broadly flat” this year. 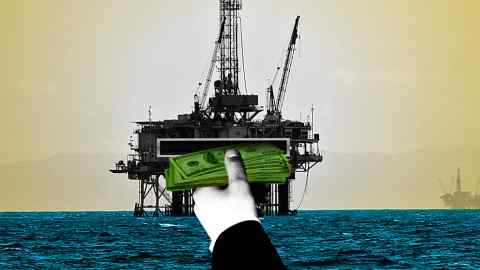 National Grid chief executive John Pettigrew told the Financial Times it tries to be “very aware of the affordability issues facing UK consumers” but insisted that for every £1 of profit it generates, around £2 is invested in modernizing the grid Energy infrastructure is investing to absorb more renewable energies such as wind and solar. “The way out of this energy crisis is that we invest in grids to enable the connection of renewable energy,” said Pettigrew.

Chancellor Jeremy Hunt is expected to announce an increase in Britain’s windfall tax for oil and gas producers when he makes his autumn statement on November 17. He also considered extending the levy to power generation companies.

US “blockade” to speed up Chinese chip development