Celsius Network founder Alex Mashinsky has been hit by a civil lawsuit from the New York Attorney General accusing the former head of the bankrupt crypto lender of defrauding hundreds of thousands of investors and flouting the state’s securities laws.

The 57-year-old, who founded Celsius in 2017 and ran the company when it collapsed dramatically in July, had touted the company “as a safe alternative to banks, but kept quiet about it.” [it] actually engaged in risky investment strategies,” the lawsuit states.

Celsius’ bankruptcy was a turning point in the unprecedented market crash that hit the digital asset sector last summer. Other once-prominent firms, including Three Arrows Capital, also collapsed after popular tokens like bitcoin plummeted in value.

In a complaint filed Thursday, the attorney general’s office claimed Mashinsky acted as a “modern-day Robin Hood,” promising clients returns of up to 17 percent through its Earn program — which paid interest on cryptocurrency deposits — and urging users to stay invested, even if the hole in the platform’s balance sheet widens.

They said Mashinsky also failed to register as a seller for Celsius and as a securities and commodities dealer under New York law.

“Alex Mashinsky has promised to lead investors to financial freedom but has led them down a path of financial ruin,” New York Attorney General Letitia James said in a statement. “The law is clear that it is illegal to make false and unsubstantiated promises and to deceive investors.”

Celsius froze customer withdrawals in June and filed for bankruptcy the following month, revealing a deficit of more than $1 billion. In October, the FT reported that Mashinsky himself had withdrawn $10 million from Celsius just weeks before client accounts were frozen amid mounting turmoil.

The AG’s office said one disabled veteran New Yorker lost money after investing a decade’s savings totaling $36,000, while another disabled citizen, who was making just $8 an hour, lost his entire investment lost on the platform.

If AG’s lawsuit succeeds, Maschinsky could be barred from doing business in upstate New York and forced to pay back investors. 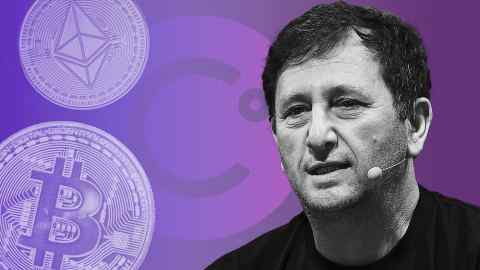 An attorney for Mashinsky did not immediately respond to a request for comment on the lawsuit. Mashinsky, who resigned as Celsius board chairman in September, previously said he “deeply regrets the difficult financial circumstances faced by members of our community.”

AG’s lawsuit comes after a ruling issued by a New York bankruptcy court on Wednesday found that Celsius’ “unambiguous” terms of service clarify that crypto assets deposited in the company’s Earn accounts are owned by Celsius, and against some Account holders argued that they owned their deposits.

As of July last year, Celsius had about 600,000 accounts in its earn program. These accounts held crypto with a market value of more than $4 billion as of July 10. Celsius filed for more than $5 billion in liabilities in a bankruptcy filing.

Afghan roads, once threatened by the Taliban, are now safer. . . for some

Why Messi overtakes Maradona without needing the World Cup win