Ottawa has ordered three Chinese corporations to divest their stakes in Canadian mineral companies after a defense and intelligence review concluded the investments posed a threat to national security.

In a move that reflected a significant tightening of Canada’s stance on China, the government ordered Sinomine (Hong Kong) Rare Metals Resources to divest its stake in Power Metals, a Canadian lithium mining company.

Roland Paris, foreign policy expert at the University of Ottawa, said the decision followed an announcement that Canada would only allow state-owned companies to invest in its critical mineral companies “on an exceptional basis”, heralding a tougher crackdown on Chinese companies.

“Taken together, these two announcements represent a significant shift in Canadian policy and a recognition that we and our allies must secure sources of critical minerals now and in the future,” Paris said.

He pointed out that Deputy Prime Minister Chrystia Freeland recently spoke in Washington about the need to strengthen economic ties between democratic allies and stressed Canada’s importance as a supplier of critical minerals.

Nazak Nikakhtar, a former US Commerce Department official, said the move is significant because it “marks a shift in Canada’s national security policy from traditional national security risks to critical supply chain risks.”

She added that Canada is also trying to cement its position as an “exempt foreign state” for the purposes of inbound investment screening conducted by the US’s Foreign Investment Committee, the interagency body that reviews deals for national security concerns.

Canada is preparing to unveil a critical minerals strategy. In a statement, Champagne said critical minerals are “essential to boosting the green digital economy” and that the demand for the resources offers Canada an “economic opportunity for generations”.

Neil Beveridge, a Hong Kong-based analyst with research group Bernstein, said the move would not have an immediate impact on China’s lithium supply as Canada is not a major supplier and the targets are not among China’s largest lithium mines.

But Beveridge said China and its industry are concerned about the “travel direction” that comes as Washington pressures allied companies to reduce their reliance on Chinese industry. “If that happened in Australia, it would be a very, very big story,” he added.

President Joe Biden is trying to reduce US reliance on China for refining critical minerals vital to making everything from weapons like missiles to green products, including electric vehicles. 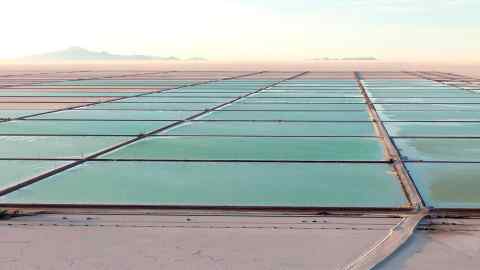 For years, Chinese companies have been among the most active buyers of access to minerals underpinning the clean technology transition. While only about 13 percent of the world’s lithium production occurs in China — behind Australia and Chile — its refineries process more than half of the world’s supply.

But the race for resources will intensify. According to the International Energy Association, global lithium demand will increase more than tenfold over the next two decades. Growth is being driven by a tectonic shift away from fossil fuels towards electric vehicles and energy storage.

Canada’s announcement also comes as Ottawa prepares to release its first Indo-Pacific strategy this year. The government is expected to harden its stance on China, particularly following the release of two jailed Canadian nationals colloquially known as “the two Michaels”.

Their detention was in retaliation against Canada for arresting Meng Wanzhou, Huawei’s chief financial officer, at Washington’s request.