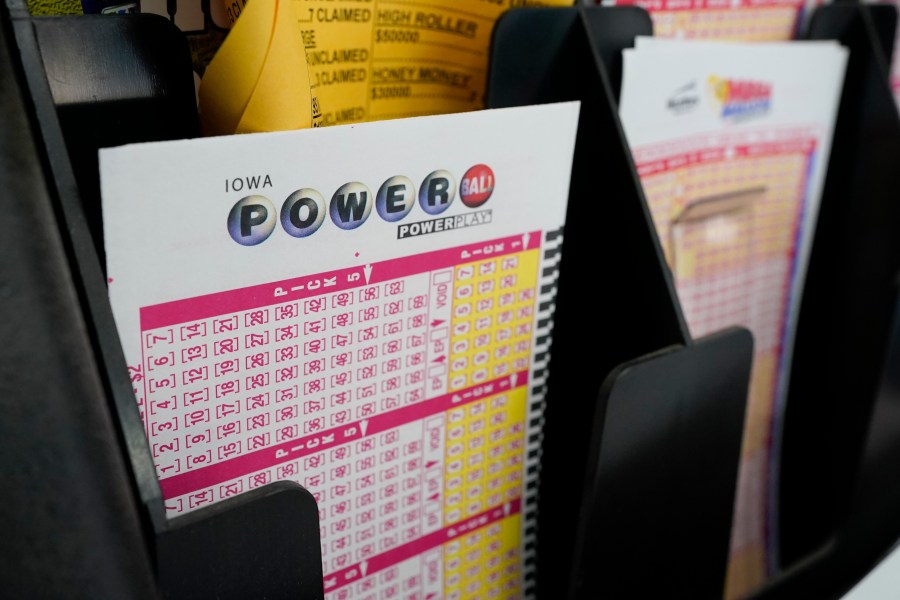 (NEXSTAR) – Another Powerball draw has failed to produce a big winner, taking the jackpot to an estimated record $1.6 billion ahead of Saturday’s drawing. Until then, the price is expected to only increase as more Powerball players buy tickets.

You may be wondering if there is a way to stand out from the crowd and grab the jackpot. Is it all luck with the draw, or can you really affect the odds of winning the biggest Powerball jackpot in history?

According to Powerball, your odds of winning the jackpot are 1 in 292.2 million. You have a greater chance of being struck by lightning — less than 1 in a million, according to the CDC — than matching all six numbers in a Powerball draw.


Still, research has shown that there may be some numbers that are drawn more often than others. Lotto Numbers, a site that tracks Powerball stats over time, did some research: According to their research, the numbers 61, 32, 63, 21, and 69 are the five most frequently drawn numbers over the past seven years, although none of them Numbers have been drawn in the last five Powerball draws.

Since six numbers are drawn – five white balls and one red Powerball – you can focus on landing the right combination. However, according to Rong Chen, Distinguished Professor and Chair of the Department of Statistics at Rutgers University-New Brunswick’s School of Arts and Sciences, all combinations have the same odds of winning. This means that the exact combination of numbers drawn on Wednesday has an equal chance of being drawn again on Saturday.

However, you can choose a combination of numbers that others are less likely to choose. Chen suggests numbers greater than 31 (to avoid matching someone playing on their birthday) or those found around the edges or corners of the ticket form. These strategies can help you avoid splitting a prize, Chen explains, but your odds of winning still remain the same.


There are other methods that lottery players try to increase their chances of winning, such as: B. the lottery wheel – selecting a group of numbers and playing any combination or permutation of those numbers – or selecting numbers that may or may not have been recently selected. Some also try the Delta Lotto system, which uses a little math to reduce the number of digits you choose from, although many note that it doesn’t take probability into account.

But as Chen explains in this Rutgers blog post, there is no number or combination of numbers that gives you a better chance of hitting the Powerball jackpot.

According to Yelp the best pub in every state


You can always increase your chances simply by buying more tickets. As Andrew Perry, a professor of mathematics and computer science at Springfield College, explained to Nextstars WWLP, buying 100 tickets would lower your chances to about 1 in 2.92 million instead of 1 in 292.2 million.

With a ticket or 100, your chances of hitting the jackpot are still pretty slim. But if you don’t focus on the jackpot, you might have a relatively good chance of winning at least some kind of cash prize. According to Powerball, the odds of winning are 1 in 24.9. There are nine ways to win a Powerball prize, the smallest being $4 – enough to cover the ticket you bought and maybe buy another one.

Regardless of your odds (which are the same as everyone else’s), it’s important to gamble responsibly.

“However you play, there is a high probability that you will lose all your money. I would advise people not to risk money they cannot afford to lose,” Perry said.

Powerball is played in 45 states, as well as in Washington, DC, Puerto Rico and the US Virgin Islands. Tickets are $2 per game and draws are held every Monday, Wednesday and Saturday at 10:59pm ET.

https://www.wane.com/top-stories/can-you-increase-your-odds-of-winning-the-1-6b-powerball-jackpot/ Can you increase your odds of winning the $1.6 billion Powerball jackpot?

Resetting the clocks has its pros and cons