Israeli Delek Group is expanding its presence in the British North Sea by acquiring Siccar Point Energy, the private equity-backed company behind the controversial Cambo oil field, in a deal worth nearly $1.5 billion.

Delek will buy Siccar Point through its UK North Sea manufacturing arm Ithaca Energy, a company formerly listed in Toronto and London but privatized by the Israeli group in 2017.

Ithaca will initially pay $1.1 billion upfront for Siccar Point, which is backed by private equity groups Blackstone and Bluewater, but the deal will also include other payments, totaling a maximum of $360 million could.

Siccar Point was among a new breed of private equity-backed players who made waves in Britain’s North Sea after the 2014 oil price crash, accumulating assets from retreating oil majors and utilities. In 2016, she bought the North Sea plants of the Austrian energy group OMV.

However, Siccar Point made unwelcome headlines last year when its request for UK regulators to advance Cambo, a sizable new oil field northwest of Shetland, was picked up by climate activists. They argued that the country should not allow new oil and gas projects if it is serious about achieving its goal of net-zero emissions reductions by 2050. 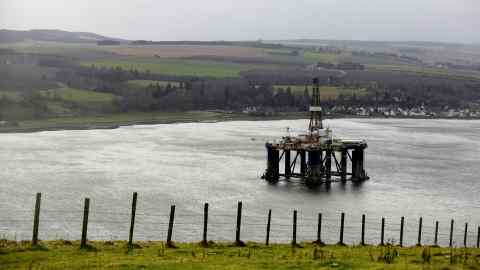 The Cambo project was paused in December when Siccar Point’s junior partner in the program, Shell, said it would withdraw for economic reasons, although the BBC has since reported that Shell is reconsidering its position. The UK government has urged companies to extract more casks from the North Sea as it intends to do Strengthening the domestic energy supply after Russia invaded Ukraine.

Ithaca said the deal would double its recoverable reserves and support production of at least 80,000 to 90,000 barrels of oil equivalent per day over the next decade. Siccar Point also has an interest in Equinor’s Rosebank field, another major undeveloped North Sea project that analysts expect will receive the green light in the next few years.

Energy is the world’s essential business and Energy Source is your newsletter. Every Tuesday and Thursday, Energy Source brings you breaking news, trend-setting analysis, and insider information straight to your inbox. Login here.

A review of all old knives

Personal branding: We may shy away, but it works