The hiring frenzy that drove vacancies in the UK job market to record levels earlier this year is easing, according to a survey showing that hiring activity fell to a 19-month low in September.

Last month, permanent placements rose at the slowest pace since February 2021, according to a report by KPMG and the Recruitment & Employers Confederation, which represents employment agencies.

This was partly because agencies are still struggling to find candidates amid labor shortages. But Claire Warnes, head of education, skills and productivity at KPMG, said economic uncertainty is making workers more cautious about changing jobs – which is dampening job vacancy growth.

“Some employers, even those who anticipate the recession may be short-lived, are now taking steps to contain costs, including hiring freezes,” she added.

The strongest increases in permanent jobs have been in nursing and care and hospitality—areas where labor shortages have been acute—while construction is the weakest performer.

The survey – coupled with other data showing a similar slowdown in hiring – proves the UK labor market may be in turmoil as the cost of living crisis begins to take hold and a recession looms. 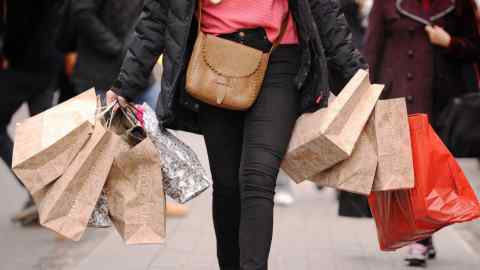 Real-time data released by the Office for National Statistics on Thursday showed that the number of online job advertisements at the end of September was almost a fifth lower than at the same time in 2021 – with job vacancies for managers, executives and consultants declining since the beginning of the year .

But the REC survey brought little relief to policymakers, who fear a tight labor market will allow workers to negotiate wage increases to a point that could fuel persistent inflation.

The proportion of recruiters reporting increases in starting salaries was still high by historical standards, with employers attributing the increases to greater competition for staff and pressure on the cost of living, the REC said.

Meanwhile, a survey released by the Bank of England on Thursday showed that 59 per cent of businesses still found it “much more difficult” than normal to fill vacancies – only slightly less than in August – as wages are expected to rise by 5.9% percent will rise average in the coming year.

“While any economic slowdown will impact the market this winter, the magnitude of the shortage means employer hiring will remain a focus,” said Neil Carberry, REC’s chief executive. “If these issues are not addressed, it could cost our economy massively in the years to come.”

Transgender woman murdered: Jermal Richards in connection with the November 2020 killing of Asia Foster in southwest Houston, the records say

Rising US interest rates and China’s slowdown hit the renminbi