Britain could become involved in expensive long-term energy deals under proposed deals to secure gas from countries like Norway and Qatar, Treasury officials have privately warned.

Senior government officials told the Financial Times that Britain would have to pay a “security premium” to foreign states in return for increasing the country’s future energy security, among other measures to increase domestic production.

Prime Minister Liz Truss confirmed on Tuesday that the British government is looking at potential gas imports from various countries amid a global price spike caused by Russia’s invasion of Ukraine and cuts in supplies to Europe.

About half of the gas consumed in the UK comes from abroad, with two-thirds of imports coming from Norway last year.

Long-term gas supply contracts typically run for 10 to 25 years, meaning the UK could pay higher prices for years to come – even if the wholesale price were to fall in the future.

Such deals are likely to be cheaper than supplies today, but higher than the average price over the last ten years. 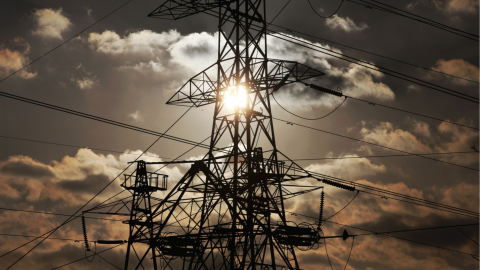 While Chancellor Kwasi Kwarteng supports the drive to build long-term supplies, some Treasury officials have warned it could prove expensive amid market volatility.

The current gas price in the UK is around seven times the average price over the past decade.

Asked by Sky News if she wanted to lock the country into expensive multi-year contracts, Truss replied that it was important to maintain energy security.

“We are considering long-term energy contracts with other countries because, in addition to ensuring a good price, energy security is crucial,” she said. “And we never want to be in a position again where we depend on authoritarian regimes for our energy. That is why we are in the situation we are in now.”

The Economics Department has previously announced that a new “Energy Supply Task Force” has entered into negotiations with gas suppliers to agree long-term contracts.

The task force is led by Maddy McTernan, an officer who previously ran a similar operation for Britain’s Covid-19 vaccine boost.

The UK started negotiations with Qatar almost a year ago, in November 2021, for the Gulf state to become a ‘supplier of last resort’.

Qatar, the world’s largest exporter of LNG, prefers to tie customers to long-term, fixed contracts and sells most of its gas to state-owned companies in Asia.

Negotiations with western buyers are complicated as most energy companies operate in the private sector, making long-term deals more difficult to secure.

Meanwhile, the government is also in detailed negotiations with Equinor, Norway’s state-owned energy company. Truss insisted the UK will aim for “value for money” in the talks.

“What has happened in the past is that we ended up becoming dependent on the global spot price. We’ve seen the effect of that. We’ve seen people face £6,000 in bills and I want the UK never to be in that position again,” she told Sky.

Long-term deals can shield countries to some extent from fluctuations in international spot gas prices and provide greater security of supply as they cannot be bid away by other buyers.

The UK faces increased competition for Norwegian gas this winter as only part of the supply is locked in under long-term contracts and companies in Germany, Poland and France are also looking to secure additional supplies.

"Bolivar" film, created by Houston native Nell Teare and starring Sean Teare and Hannah Young, is about to premiere