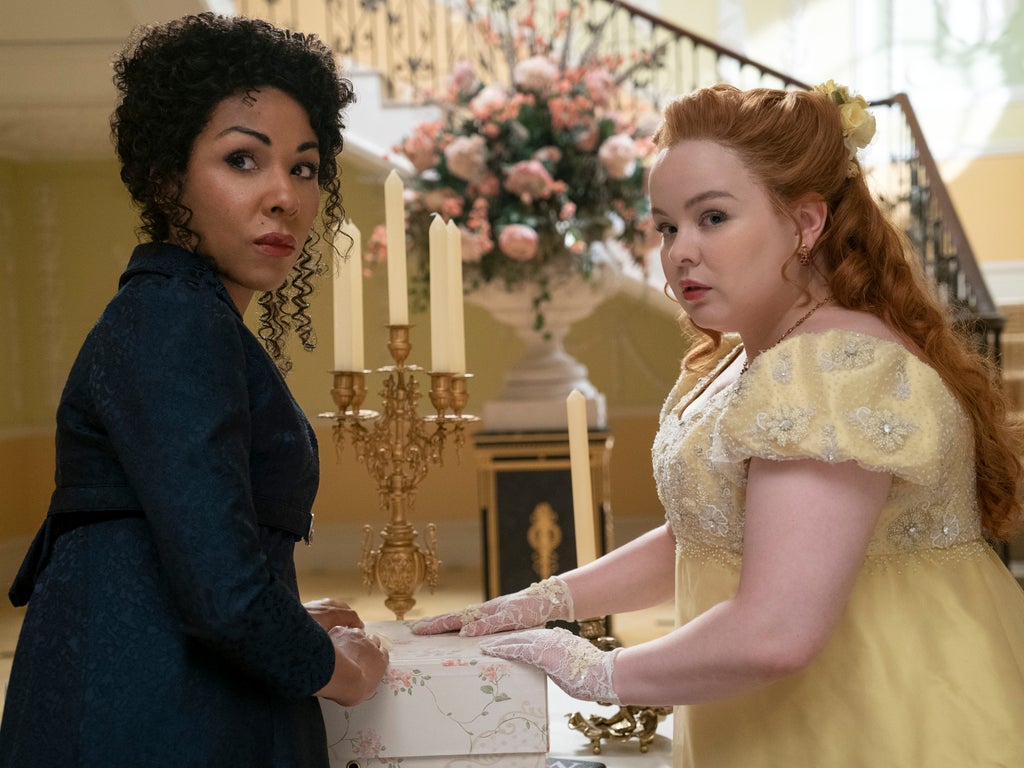 Claudia Jessie has revealed that a third actor will also play Lady Whistledown in Bridgeton.

Netflix’s period drama is set in Regency-era England, where a mysterious Gossip Girl-esque figure begins anonymously publishing pamphlets full of gossip about the young men and women of high society.

The character is voiced by Julie Andrews and revealed in the season one finale to be none other than Penelope Featherington (Nicola Coughlan).

In a behind-the-scenes video from season two, Coughlan and Claudia show Jessie (who plays Eloise Bridgerton) fans on set.

When Jessie visits Lady Danbury’s (Adjoa Andoh) home, she points out the paintings on the wall and says, “The woman who paints these amazing paintings of us all is also the hand of Lady Whistledown.

“Every time you see Lady Whistledown writing, it’s her hand, which is pretty cool. It’s not Nicola’s hand or Julie Andrews’ hand.”

During the first season of Bridgeton Focusing on Daphne (Phoebe Dynevor) and her relationship with the Duke of Hastings (Regé-Jean Page), season two is all about Anthony (Jonathan Bailey).

Who is the founder of Resolution, Torsten Bell? career in brief