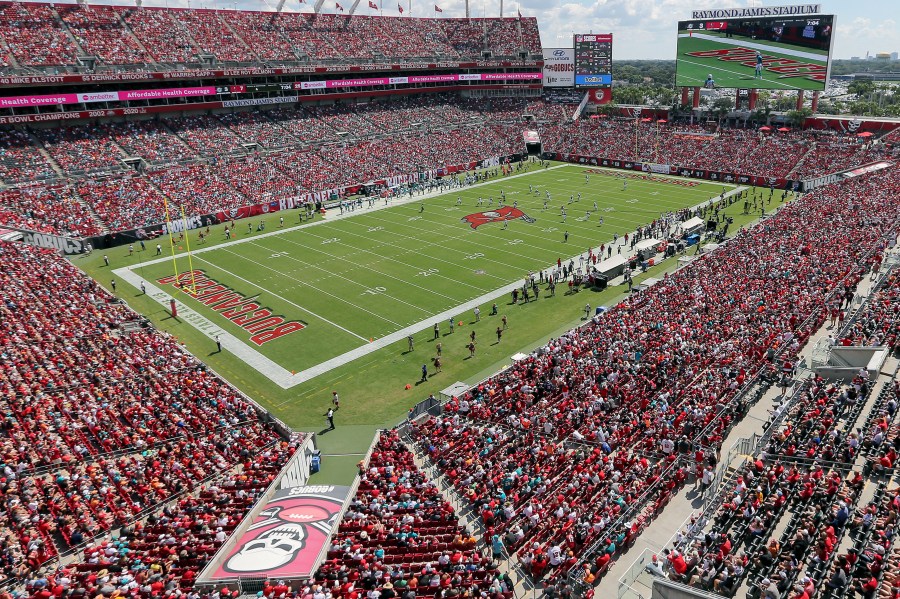 TAMPA, Fla. (AP) — A boy ran onto the field and was severely assaulted by a security guard during the second quarter of Tampa Bay’s game against Atlanta on Sunday.

A woman posing as the child’s mother told The Associated Press the boy was 10 years old. A police officer later told AP that the boy was over 10 years old, but he couldn’t release his information because he was a juvenile. The official said the mother has multiple children and was confused as to which one jumped onto the field.

Tampa Police Department spokesman Lt. Abe Carmack said there was “an incident involving a youth” during the game at Raymond James Stadium but no charges were being brought and no arrests had been made.


The incident came as the Buccaneers were competing for an extra point after Leonard Fournette’s 1-yard touchdown run gave them a 6-0 lead.

Last Monday night, a protester waving a device that emitted pink smoke ran onto the field during the San Francisco 49ers’ home game against Los Angeles and was flattened by Rams linebacker Bobby Wagner.

The demonstrator lodged a complaint with the police after being overpowered by Wagner.

Here you can see the hunter's moon