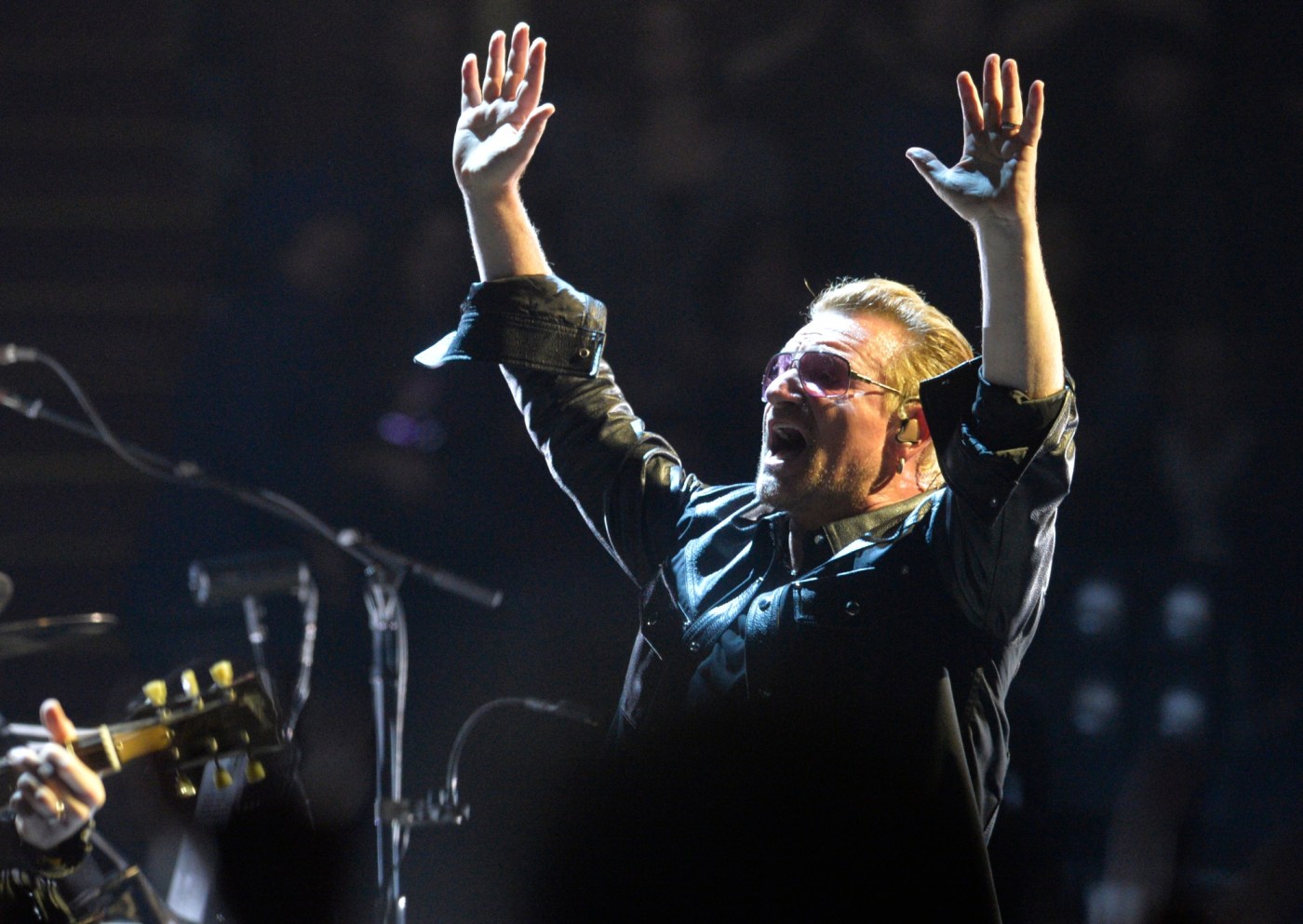 U2 singer Bono has announced dates for a 14-city book tour in support of his forthcoming memoir, Surrender: 40 Songs, One Story, due out November 1.

Produced by Live Nation, the Stories of Surrender tour includes shows in intimate locations around the world where the Dublin-born singer-songwriter will share stories from the book. The tour begins November 2 at the Beacon Theater in New York City and arrives at the Orpheum Theater in Los Angeles on November 13.

Tickets go on sale at Ticketmaster.com/bono on Friday, October 7th at 10am. Each ticket purchased includes a copy of the book and there is a limit of two tickets per person.

“I miss being on stage and being close to the U2 audience,” Bono said in a press release. “In these shows I have some stories to sing and some songs to tell… also I want to have fun presenting my ME-Moir ‘Surrender’ which is actually more of a WIR-Moir when I think about all the people, who helped me get from there to here.”

The book chronicles Bono’s life as he reflects on challenges he faced, his activism, his rise to superstardom, and the friends and family who helped shape his personal life and career. The book’s subtitle “40 Songs, One Story” refers to the book’s 40 chapters, each named after a U2 song. Bono also created 40 original drawings which are featured throughout the memoir.

4 issues Marvel needs to fix with Taskmaster in Thunderbolts