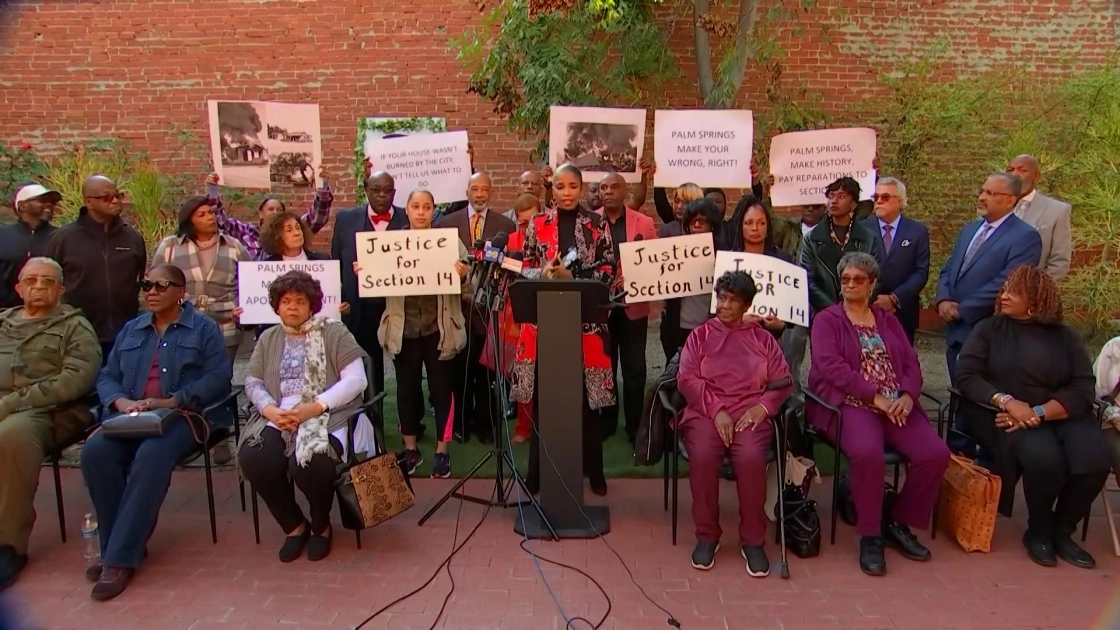 PALM SPRINGS — Hundreds of black and Mexican families announced on Tuesday the filing of an amended lawsuit alleging that the city of Palm Springs killed families who were forcibly evicted from the downtown Section 14 neighborhood in the 1950s and 1960s. up to $2 billion in damage.

Section 14 – a 1 square mile neighborhood owned by the Agua Caliente Band of Cahuilla Indians – was the primary residential area for blacks from 1930 to 1965. The evictions began in late 1954 and lasted 12 years until 1966.

“Until now, ‘Section 14’ has largely been a shameful secret confined to the Palm Springs city limits, although it should be mentioned alongside Tulsa, Rosewood and Bruce’s Beach,” attorney Areva Martin said in a statement. “These facts are undisputed. It is ruthless that Palm Springs is not putting all its energy into healing these families. How long should they wait? Many of the survivors of these events are in their 70’s, 80’s and even 90’s. They cannot afford to wait for justice.”

The City of Palm Springs formally apologized for the evictions in September 2021, and the City Council asked its employees to develop proposals for possible economic investments that could serve as reparation for the Section 14 neighborhood’s destruction. The city also removed a statue of Frank Bogert — then Mayor of Palm Springs — from the front of City Hall.

A resolution passed by the council last year said that “Mayor Bogert and Palm Springs civic leaders went after their lower-income constituents who lived on land owned by local tribal members. In an attempt to dispossess the Indians of their tribal lands and clean up any blighted neighborhoods that might tarnish the city’s image, Palm Springs officials developed and implemented a plan to have non-Indian conservators appointed by a local judge, to administer the lands of the Indians which they claimed were unable to manage themselves.

The successful implementation of this plan resulted in the removal of blacks from the city and a reorganization of the city’s racial and class structure.”

According to the city, an estimated 200 homes were destroyed in the mass evictions.

“Over the past two years, the City Council and staff have embarked on a course aimed at correcting what has happened during that time,” Palm Springs Mayor Lisa Middleton said in a statement. “Though this process seems to be taking longer than some would like, the city has a duty not only to the displaced, but also to its residents, businesses and taxpayers to thoroughly investigate history while developing remedial programs that are fair to all.”

Richardson said that despite the actions taken last year, the city is yet to pay compensation or indemnity to anyone affected by the evictions. She said there are more than 500 survivors and descendants of those displaced.

On November 21, the city issued a call for proposals from qualified companies to help develop a reparation program for those affected by the evictions. Proposals must be submitted by 20 December at 2:00 p.m. For more information, see

Theo James talks about a nude scene in The White Lotus

In its fifth episode, This Week in Texas joins a group of political insiders to discuss teacher recruitment, pay and retention