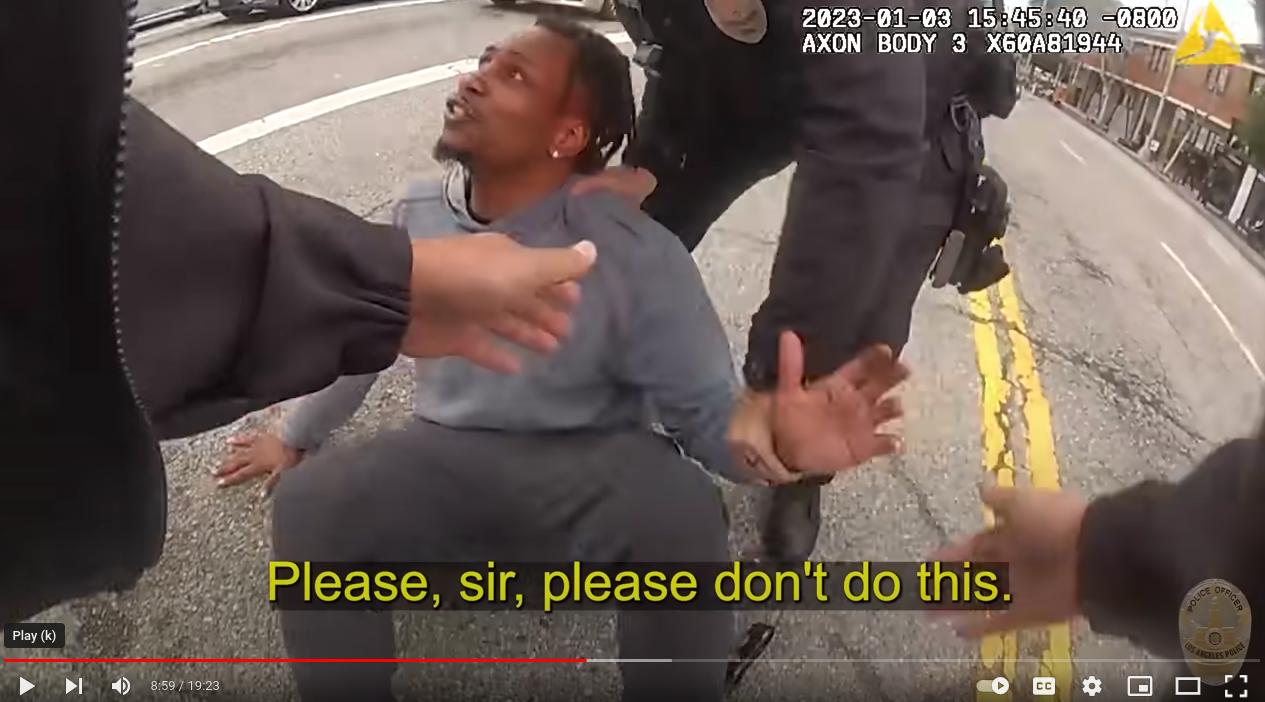 By Stella Chan and Elizabeth Wolfe

A 31-year-old father and English teacher died last week of cardiac arrest after being repeatedly verbally abused by police, according to the Los Angeles Police Department, marking the third death of an officer in the city this year.

Police encountered Keenan Anderson, the cousin of Black Lives Matter co-founder Patrisse Cullors, on Jan. 3 at the scene of a traffic accident in the Venice neighborhood of Los Angeles, police said in a press release last week.

As police struggled to arrest Anderson, they repeatedly verbally abused him and edited body-worn camera footage released by police. After his arrest, Anderson was taken to a local hospital, where he suffered cardiac arrest and was pronounced dead, according to police.

“Keenan deserves to be alive now, his child deserves to be raised by his father,” Cullors wrote in the Post. “Keenan, we will fight for you and for all of our loved ones who have been affected by state violence. I love you.”

According to a statement from the school’s founder, Mashea Ashton, Anderson taught tenth grade English at the Digital Pioneers Academy in Washington, DC. Anderson visited his family in Los Angeles during the winter break, Ashton said.

TIED TOGETHER: LAPD chief concerned about 3 deaths from use of force in the past week

“The details of his death are as disturbing as they are tragic,” Ashton said in the statement, adding, “Keenan was a deeply dedicated educator and the father of a six-year-old son. … He was loved by all.”

“Our community is in mourning. But we are also angry. Angry that once again a well known, loved and respected member of our community is no longer with us. Angry that another talented beautiful black soul left too soon,” Ashton said.

Detectives with the police department’s Force Investigation Division responded to the scene where Anderson was taken into custody and are investigating the use of force, police said, explaining in the video that the department’s policy is to treat any death of a person in their custody as ” categorically” defined ” use of force.

So far this year, the Los Angeles Police Department is also investigating the police shootings of Takar Smith, 45, and Oscar Sanchez, 35, and has released footage of those incidents.

What the video shows

Police said they responded to a traffic accident on the afternoon of Jan. 3 and saw Anderson “running in the middle of the road and exhibiting erratic behavior.” On an officer’s body-worn camera, cleared and processed by police, a woman at the scene of the traffic accident told police, “I think that guy up there needs help because the guy is trying to run away.”

Video from a body-worn camera shows Anderson first stopping and speaking to an officer before the video switches to a text screen that says Anderson “attempted to run away.”

As the video continues, Anderson is seen jogging onto the street as the officer pursues him and pulls over at a busy intersection, ordering Anderson to lie on his stomach.

Anderson doesn’t seem to comply right away, and two other officers come and get him to lie on his stomach in the street, telling Anderson to “relax.” As cops fight on top of him, Anderson can be heard screaming, “Help, they’re trying to kill me” and “Please, don’t do that.”

In footage from another responding officer, an officer can be heard repeatedly warning Anderson to stop resisting and turn around, and threatening to tast Anderson several times.

“They’re trying to convict me with George Floyd,” Anderson says as officers try to roll him onto his stomach.

An officer then tasers multiple times on Anderson, who says, “I’m not resisting.”

The officers finally handcuff Anderson and put his ankles on, as the video shows.

Later in the video, the Los Angeles Fire Department places Anderson, who appears to be conscious, on a stretcher near an ambulance. Police say in the release that Anderson received medical attention at the scene from firefighters before he was taken to a local hospital.

“In the hospital, Anderson went into cardiac arrest and was pronounced dead,” the press release said.

Los Angeles Police Captain Kelly Muñiz said in the video Anderson died approximately four and a half hours after the force was used.

LAPD chief Michel Moore said the videos were released in response to calls for their release from families.

“Again, this is to do no more than demonstrate our commitment to full transparency and judge that against the findings of the investigation and ask for the public’s patience while we address that commitment,” he said at a news conference on Wednesday.