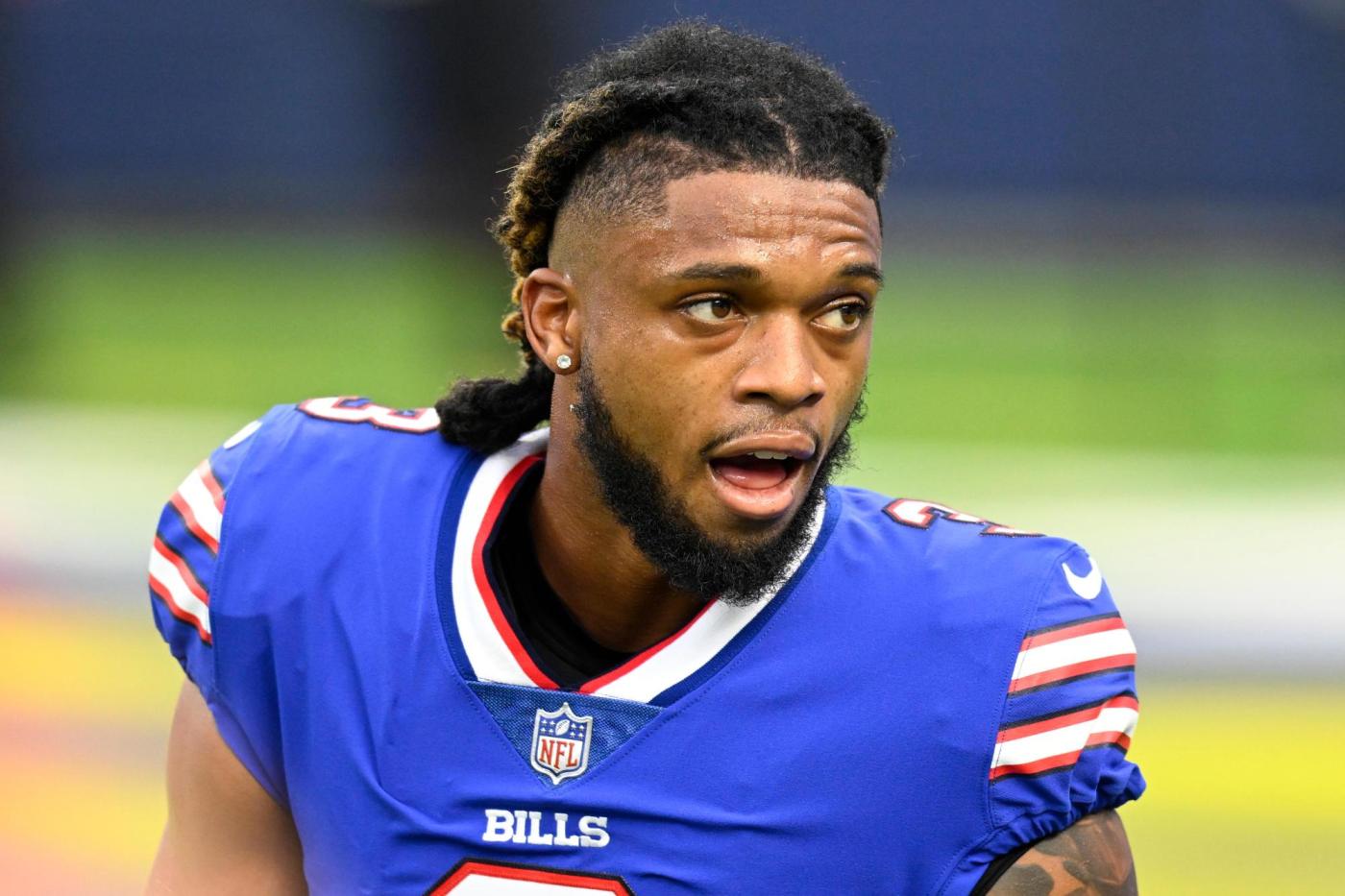 ORCHARD PARK, NY — Buffalo Bill’s safety Damar Hamlin is breathing alone and able to speak after his breathing tube was removed, his agent said Friday — the latest step in his remarkable recovery in four days since suffering cardiac arrest and on-field CPR during a game against the Cincinnati Bengals.

The bills said on Twitter that Hamlin even FaceTimed the Friday morning team meeting and told them, “Love you guys.” In a statement, the team said that Hamlin’s “neurological function remains intact and he has been able to speak to his family and care team.”

Damar Hamlin FaceTimed our team meeting today to speak to players and coaches.

What he said to the team: “I love you guys.” ❤️ pic.twitter.com/8dorrWNaxt

Agent Ira Turner could not provide further details in a text sent to The Associated Press on Friday morning. The development was first reported by The Athletic.

Hamlin, 24, was listed in critical condition in the intensive care unit at the University of Cincinnati Medical Center on Thursday. Aside from being able to communicate in writing, Hamlin was also able to grasp people’s hands.

“So we know that it’s not just the lights that are on. We know he’s home. And it seems all cylinders are firing in his brain, which is very satisfying for all of us,” said Dr. Timothy Pritts. “He still has significant progress to make but this marks a really good turning point in his ongoing care.”

Hamlin’s recovery continues to trend in a positive direction after his heart stopped when he pulled off what appeared to be a routine tackle in the first quarter of a game against the Bengals on Monday night. The sophomore spent his first two days in hospital under sedation to allow his body to recover and on a ventilator to help with his breathing.

The encouraging medical reports heartened the Bills as they returned to practice Thursday in preparation for a home game against the New England Patriots on Sunday.

The sight of Hamlin collapsing, broadcast to a North American television audience on ESPN’s Monday Night Football, has prompted a surge of support from fans and players across the league. Fans, team owners and players – including Tom Brady and Russell Wilson – have made donations to Hamlin’s Chasing M’s Foundation, which had raised more than $7.8 million as of Friday morning.