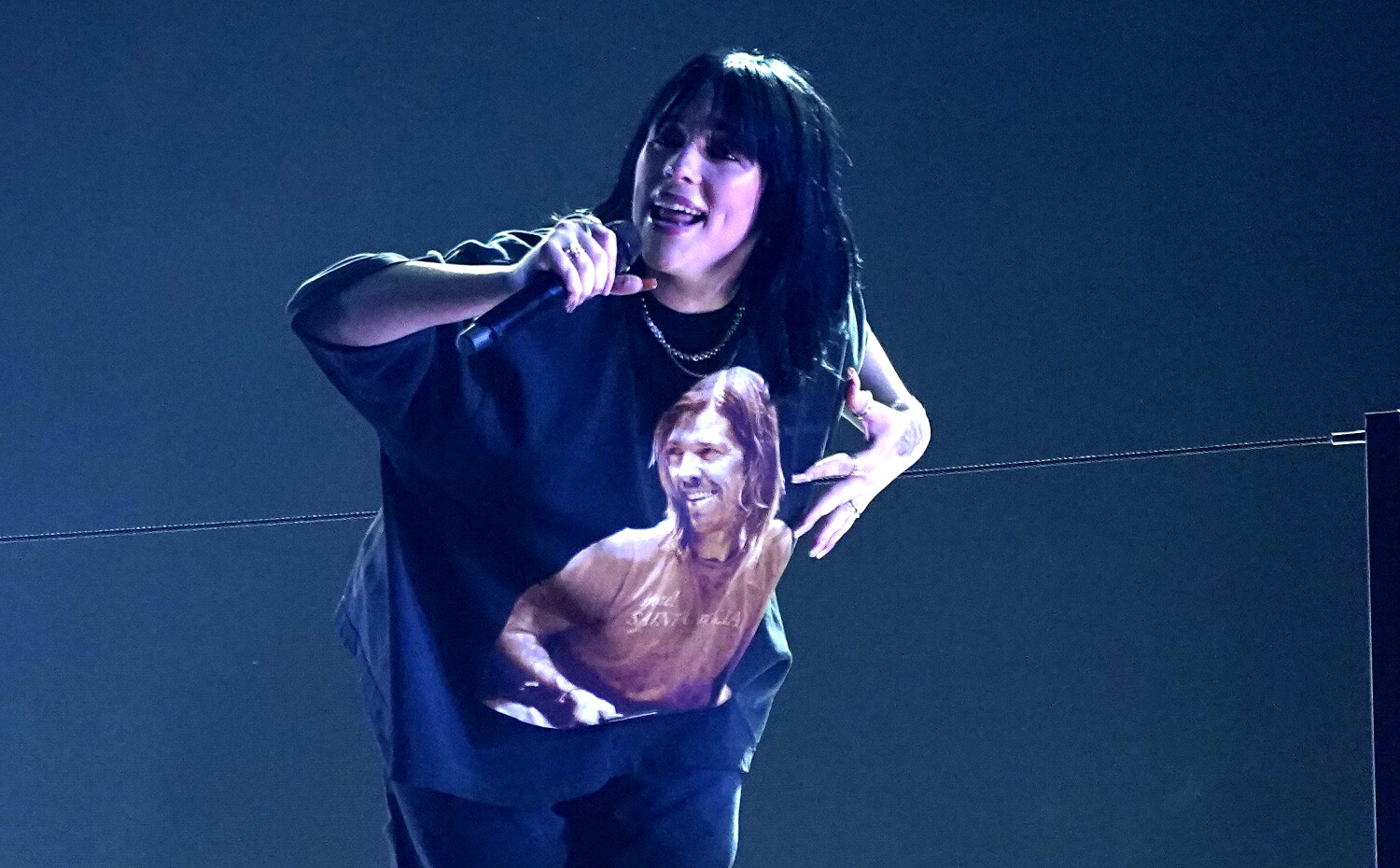 Billie Eilish paid tribute to Taylor Hawkins on Sunday by wearing a T-shirt bearing the likeness of the late Foo Fighters drummer to the Grammy Awards in Las Vegas.

While performing her nominated track “Happier Than Ever” alongside her brother and creative partner Finneas at the MGM Grand Arena, the Gen Z pop star wore an oversized black top with a picture of Hawkins smiling behind his drum kit.

Hawkins was in Bogota, Colombia performing with the Foo Fighters last week when he died at the age of 50. According to a statement from Colombia’s Attorney General’s Office, an initial forensic examination and urine toxicology report revealed 10 substances in his system, including THC (marijuana), tricyclic antidepressants, benzodiazepines and opioids.

At the end of her impassioned performance, Eilish proudly grabbed her shirt and waved it in honor of Hawkins. The Foo Fighters were also scheduled to perform during Sunday’s television show, but withdrew following Hawkins’ death.

The band also canceled all upcoming tour dates “in light of the devastating loss of our brother Taylor Hawkins”. In November, Foo Fighters received three Grammy nominations — for rock performance, rock song and rock album — all of which they won on Sunday.

Eilish landed seven nominations, including nominations for record, song, and album of the year.

BtoB, STAYC, NMIXX and more to headline the “KCON 2022 Premiere” in Chicago

What is Lucy Guo’s Net Worth in 2022? Billion Dollar Worth Scale CEO of AI and her personal life

Kid Rock to Tucker Carlson: Hanging out with Trump is ‘great’