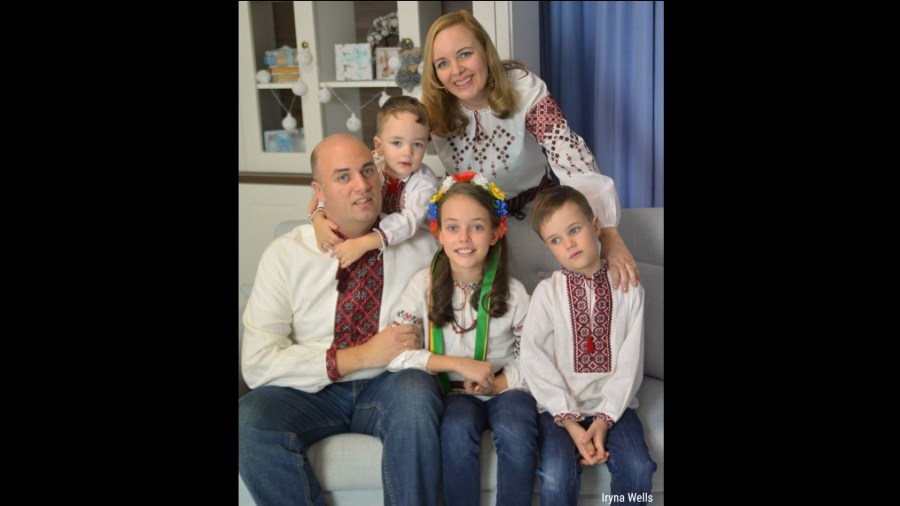 GRAND RAPIDS, Mich. (WOOD) – In Ukraine, Iryna Wells and her family were living what we here in the US would call the American Dream.

They had a home. The children went to a good school and enjoyed all sorts of extracurricular activities.

“We work really hard. Yeah, it wasn’t easy,” Wells told News 8 on Saturday. “We had everything our family could ask for. We could afford all this for our children. “

Suddenly everything was gone.

“Everything was taken away on the night of February 24,” she said.

“At that point, we didn’t even understand what to expect. We didn’t understand the magnitude of what was in store for us,” Wells said.

She, her West Michigan-born husband, and their three children fled Ukraine and eventually made their way to West Michigan.

“We felt this was a need that we needed to address,” said Mike Bertram of St. Isidore Knights of Columbus Council 12258.

There were incentives. People were queuing for the pierogi and the Ukrainian desserts.

Your donations will help meet needs for a long list of non-military staples. The big items are ambulances to transport the sick and wounded.

“When Russians see a big white van with a cross on the top, they try to shoot at it. Two of our vehicles have already been hit,” Wells said.

St. Michael previously raised enough money to buy four ambulances, but one has already been destroyed.

A flag signed by Ukrainian medics, including one who later died transporting patients, was on display at Saturday’s fundraiser.

Wells said she doesn’t seek pity on the people of her homeland. No Ukrainian wants that. They only need help in a fight they are confident they will win.

“We got up. We stood up to protect our country, our little children, our homes,” Wells said. “And we will endure to the last breath. But we will keep Ukraine independent.”

https://www.woodtv.com/news/grand-rapids/ukranian-reflects-on-night-everything-was-taken-away/ At Grand Rapids fundraiser, Ukrainian reflects on the night 'everything was taken away'

Teens are making thousands thanks to TikTok

Taxes will increase as fire districts consolidate, but response times and services will improve